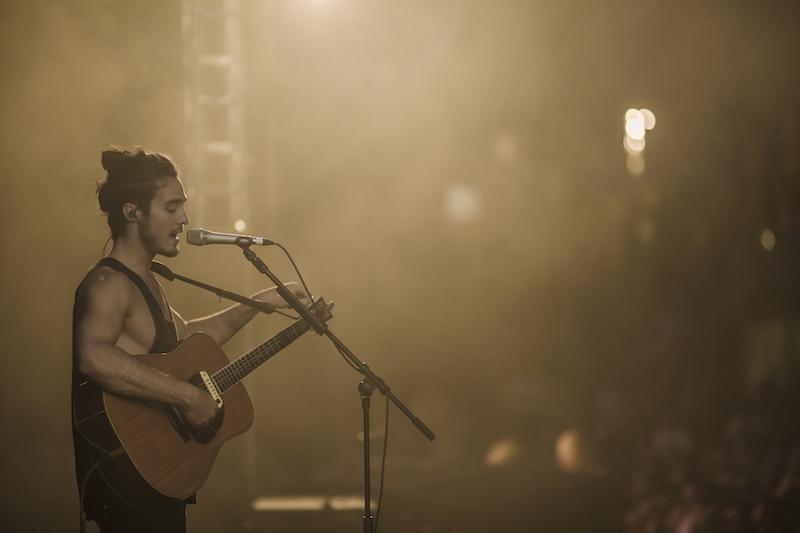 Singer-songwriter Tiago Iorc may have been one of Brazil’s best-kept secrets, but the word is getting out.

Fresh from appearances in New York, Boston and Orlando, Iorc makes his South Florida debut on Sunday, July 16. “Tiago Iorc has reached impressive levels of popularity and recognition in Brazil,” Gene de Souza, host of Cafe Brasil on WDNA-FM, said via email. He’s also development director at the Rhythm Foundation, which is presenting Iorc at the North Beach Bandshell.

“Much like Jorge Drexler did in his beginnings, Iorc proves that singer-songwriters can create meaningful, catchy pop songs that can build a massive fan base and attain commercial success.”

Born Tiago Iorczeski in Brasilia, the singer, who turns 32 in November, spent parts of his youth in the United States and England and started his career working in English. His 2008 debut album, “Let Yourself In,” included the single “Nothing But a Song.” It reached number 11 on Billboard’s Japan Hot 100 chart. “Fine,” another tune from the album, was used on a popular South Korean TV show. Iorc’s music also has been heard on Brazilian novelas.

Andy Chase, a member of the group Ivy who also has worked with the Smashing Pumpkins, produced Iorc’s second studio album, “Umbilical,” in 2011. “Tiago is both a classic and a contemporary soul — combining the best of singers like Nick Drake and bands like Radiohead,” Chase writes on the website sonicbids.com.

Now living in Brazil, Iorc has begun to work in that country’s language. His latest album, “Troco Likes” from 2015, is entirely in Portuguese.

Last year, the singer had 4 songs in the most played list on Brazilian radio and was nominated for “Best Singer” honors for the Prêmio Multishow, one of Brazil’s most prestigious music awards.

Iorc has played venues including SXSW, Rockwood Music Hall in New York, the Toronto Music Festival, Grand Mint Festival in South Korea, and the Vodafone Music Fest in Lisbon. On Sunday, it’ll be just him and his guitar on stage in Miami Beach.

“Not every artist can do something like that – captivate an audience for 90 minutes on your own without a band, special effects, dancers, etc. Tiago’s music does not need any of that and his fans know that,” said de Souza.