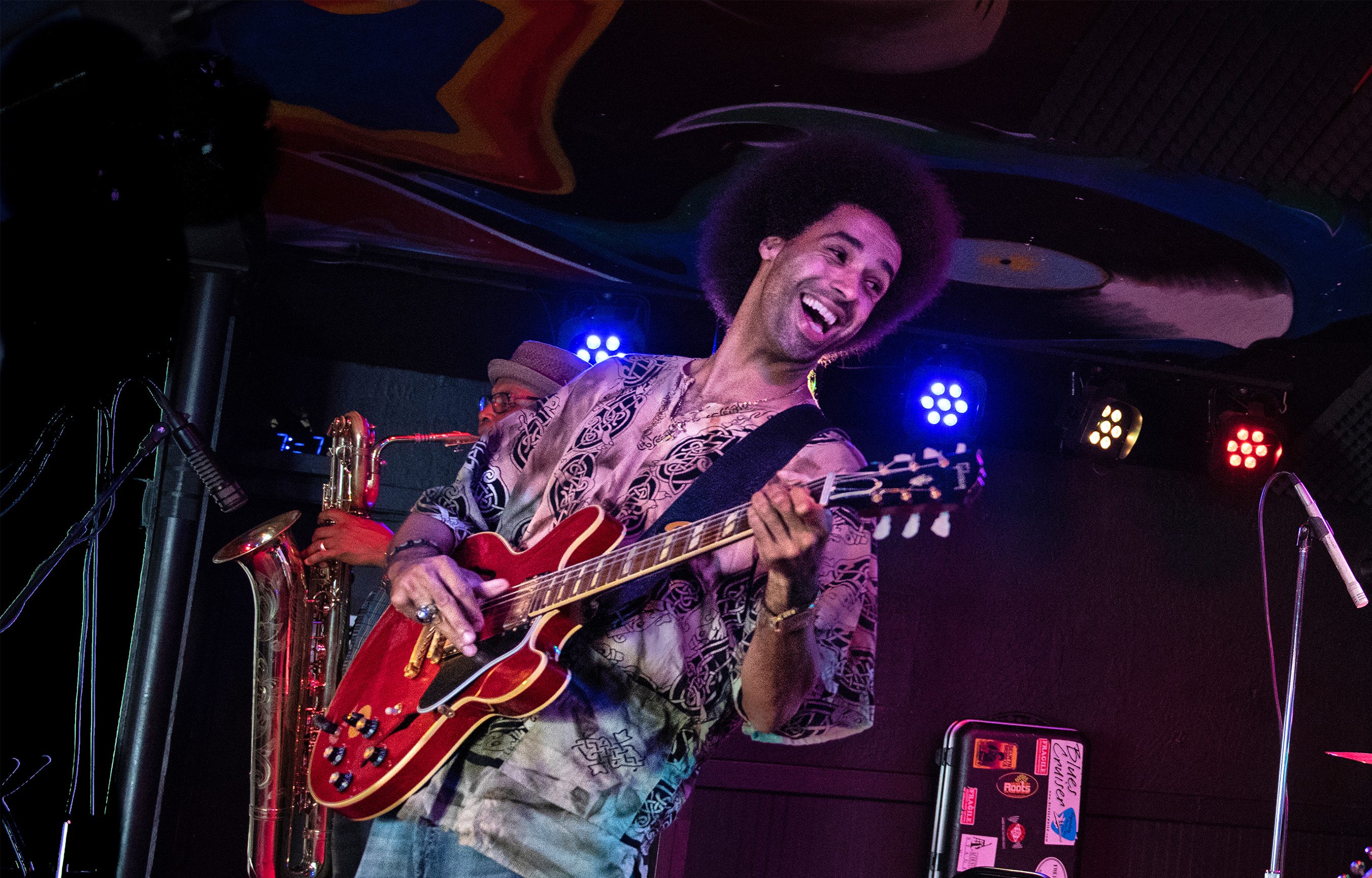 Blues guitarist Selwyn Birchwood is honoring the blues with a fresh new sound and lyrics. He is set to perform Feb. 21 at the Miramar Readiness Center. (Photo courtesy of Allison Morgan)

Selwyn Birchwood is a young man with an old blues soul.

The 34-year-old blues guitarist, singer, songwriter and bandleader has followed in the footsteps of his heroes – icons like Muddy Waters, Buddy Guy and Howlin’ Wolf – since launching his own music career a decade ago.

But while these blues masters made their way out of the Deep South, taking their music to the world, Birchwood’s journey started in Central Florida, where he learned to play the guitar and the lap steel and earned an MBA from the University of Tampa.

Along the way, the young musician picked up coveted blues music awards and recording deals that took him from small Florida pubs to international festival stages. Birchwood will headline the “Joey Gilmore Appreciation Show” on Feb. 21 at the Miramar Readiness Center, at the Miami-Dade/Broward county line. The concert will showcase the 75-year-old Gilmore, a South Florida legend known as one of the best blues vocalists in the business.

“Joey is one of my buddies,” said Birchwood from his home in Tampa, about the show’s honoree, Gilmore. “He is an encyclopedia of blues and R&B music, and it’s always a pleasure to be able to see him.”

Birchwood is known for his gritty vocals, his guitar and lap steel prowess, and his lyrics about contemporary themes.

He is a modern blues performer who honors the past while focusing on the present and the future –  trying to make it relevant to a new generation while remaining faithful to the musical form and traditions.

“I’m writing songs that are a little more up-to-date, with a different sound and arrangements, to have a wider appeal,” he said. “At the end of the day, I’m still going to be talking about Muddy Waters and B.B. King. I’m still going to try to lift these guys up.

“None of us would have a job if it weren’t for B.B. King bringing the blues around the world.”

Birchwood’s connection to the blues started in Orlando, where he grew up in a culturally diverse home – his father was from Tobago and his mother from the United Kingdom. As a teenager, he learned to play the guitar and discovered Jimi Hendrix, prompting him to explore the rock guitarist’s blues influences.

“I was never one of those people who wanted to play like Hendrix,” Birchwood said. “I was more interested in what would inspire someone to write that kind of music, because to me it was not like anything that I had ever heard.

“And when you look back in his bio, you find all the old blues guys – Muddy Waters, Elmore James, Buddy Guy – and when I heard those guys playing, I found the sound that I had been looking for. I kept on listening and learning.” 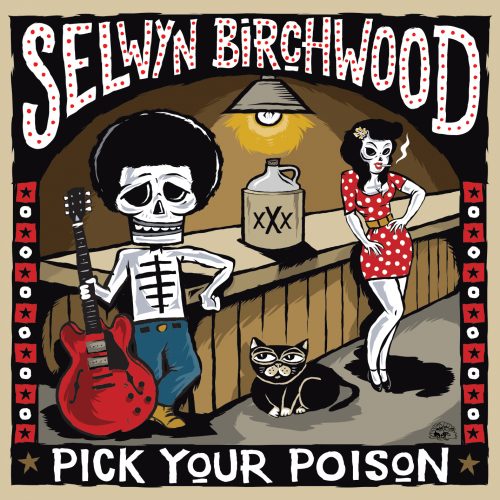 The title track of Selwyn Birchwood’s latest album, “Pick Your Poison,” deals with his battle with alcohol addiction.

As he got good on the guitar, a 19-year-old Birchwood was introduced to Sonny Rhodes, a legendary Texas-born blues lap-steel guitarist who had relocated to Florida. Rhodes took the young musician under his wing, and Birchwood spent the next few years touring with Rhodes’ band. The elder musician also insisted that Birchwood enroll in college, holding his place in the band whenever he was available.

“I learned everything about fronting a band and being a bandleader – it was a complete, almost apprenticeship in blues music through him,” Birchwood said.

The apprenticeship paid off. Birchwood went on to win the 2013 International Blues Challenge, the industry’s highest award for an unsigned blues artist or band. He was signed to the premier blues label Alligator Records. “Don’t Call No Ambulance,” his first recording for Alligator, earned him a Blues Music Award and a Living Blues critics’ award.

The recognitions helped open doors, and Birchwood has performed at major festivals around the world, including the Montreux Jazz Festival in Switzerland, and toured almost nonstop with his band. He will be playing Feb. 21 with bandmates Regi Oliver (baritone, tenor and alto sax and flutes), Huff Wright (bass), Philip Walker (drums and percussion), and a new addition, Bunt May (keyboard).

Birchwood also continues to write all the songs on his recordings. The title track of his latest album, “Pick Your Poison,” deals with his personal battle with alcohol addiction. (He proudly notes that he’s coming up on four years without a drink.) His gospel-infused “Even The Saved Need Saving” is his take on religious hypocrisy, while “Police State” touches on social themes of the day.

Birchwood is completing his third Alligator record. He is thrilled about having worked on the album with three-time Grammy winner Tom Hambridge, the producer on two of Buddy Guy’s critically acclaimed recordings, “Living Proof” and “Born to Play Guitar.”

“It’s been awesome getting his expertise in the studio when we are tracking and mixing. He’s just an asset in his work, impeccable,” said Birchwood about the veteran producer. “I just wanted to be working with people on that professional level. We’ve got a really good record out of it, and I’m excited for everyone to hear it.”