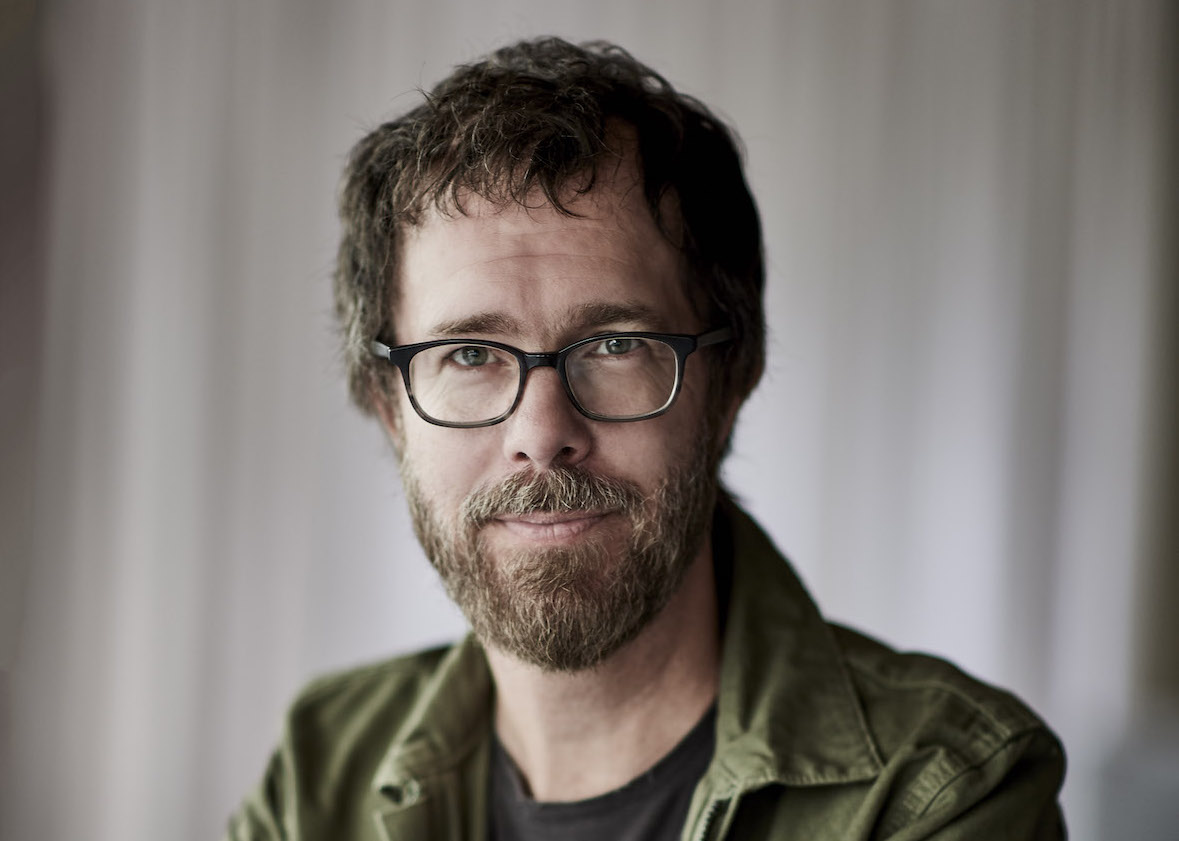 As a child growing up in the 1970s, Ben Folds was mesmerized by the mercurial talents of performance artist Andy Kaufman. What so transfixed Folds was Kaufman’s mastery of the unpredictable, the sense that one never knew what he would do next — or why.

“His grasp of the element of surprise moved me as a kid,” says Folds, a singer-songwriter and pianist best known for the eclectic alt-pop hits “Brick” (with his trio Ben Folds Five), “Rockin’ the Suburbs” and “Still Fighting It,” and for being a judge on NBC’s a cappella singing contest “The Sing-Off.”

“Kaufman did a song called ‘I Trusted You,’ ” Folds says. “It repeats the words ‘I trusted you’ so many times that you can’t believe you’re still watching him. But by the time it gets to the end, you’re surprised by how many different ways that morphs. Why’s the guy still saying it? What happened? [Laughs] It’s actually fascinating. And I think I started to feel like songs had to do that.”

That adventurous artistic spirit and sense of mystery is precisely what attracts Folds to Miami’s Nu Deco Ensemble, whose musical mission is to fuse several genres in a fresh, relevant and compelling way. When Folds takes the stage on Thursday, April 18, at the Adrienne Arsht Center for the Performing Arts in Miami, it will be a triumphant return, marking the second time in just over a year that he’s teamed up with Nu Deco.

“They’re great, a really unique hybrid of a chamber orchestra and a rock band, essentially,” Folds says. “That’s the way they pivot, and it’s distinct and unique to play with, because I normally play with orchestras without the rock band, or I play with the rock band. Mixing the two is its own thing, and they’re as good at that as you get.”

“Not many orchestras have the kind of ensemble we have,” says Jacomo Bairos, who along with Sam Hyken founded Nu Deco in 2014. “We mix so many different 21st century instruments into our group. Everything from, of course, strings, winds, brass, percussion, but also rhythm section, guitar, synthesizer, Moog, Rhodes — all the kinds of things you’d see outside the classical music world.

“We want to create a package of music that highlights the diversity of the ensemble, which was made in Miami, for Miami,” he continues. “So that’s always been our mission — to bring quality, transformative stuff that speaks to society today.” 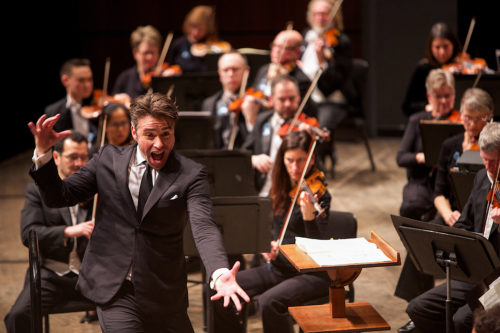 Past shows have married cutting-edge artists such as Daft Punk, Radiohead, the Police and Outkast with an orchestra. Thursday’s program will open with a symphonic suite of music by Bill Withers, followed by Aaron Copland’s “Billy the Kid Suite” and composer William Brittelle’s electro-acoustic series “Spiritual America.”

The second half of the concert will be split between Folds, who will close out the evening, and New Zealand singer Kimbra, who won a Grammy Award for teaming up with Gotye on the quirky alt-rock hit “Somebody That I Used To Know,” the success of which stunned all parties involved.

“It took us all by surprise, especially Gotye,” says Kimbra, who cites David Bowie, Prince, Bjork and Talking Heads as influences. “We knew it was a heartfelt song, and it would have a great place on the album, but we had no idea it would succeed like that. Probably because it’s not the most traditional of pop songs — the chorus doesn’t come in until nearly two minutes. So it was a crazy experience for all of us, and I think the best successes are the ones you never see coming.”

Kimbra, who will perform five or six songs from her three studio albums, describes her sound as alt-pop or progressive pop, because “it does obey structures of pop music, but it’s trying to push those boundaries and exist a little bit on the outside of the mainstream.”

It’s that edginess that drew Nu Deco to Kimbra. “We want to spotlight someone new and exciting, and that’s why we’re bringing in Kimbra,” Bairos says. “She’s very unique, very eclectic and has a whole unique sound world that’s mixed with electronics and all kinds of cool stuff.”

Asked whether there’s any chance that he and Kimbra would team up on “Somebody That I Used To Know,” Folds said with a chuckle, “I haven’t heard any plans of anything like that. You know, I’m game. When I get there, it’s that kind of thing — we’ll be seeing what we’re gonna do.”

Folds is best known for playing the piano, but he’s also an excellent drummer, a skill he honed at the University of Miami in the early ’90s, a period that had an enormous effect on his musical development.

“It was a transformative experience for me,” Folds says. “I needed to see the world outside of North Carolina, and Miami had a well-ahead-of-its-time music program. They were one of the few really doing jazz music well, and so I got to mix and play with the best players of my age and had the best instruction. Even though it was brief, it was still transformative, and I learned a lot. I was a percussion major, but I still voice things on the piano the way that I was taught by my peers. There are ways of looking at the piano that really changed the way that I arrange a song.”

Folds credits his time at UM with making his success as a judge on “The Sing-Off” possible. “I’m picking apart a cappella ensembles, and the principles that I use came out of one class that was one semester,” he says. “And everyone was like, ‘Professor Folds’! No, no, undergraduate, first freshman Folds, but this is the way you were taught in Miami, and it was very effective.”

The training Folds received gave him the confidence to pull the trigger on accepting a role on the show. “I knew I could do it,” he says. “You have a lot of transitions in a music career, and I was looking for how to retain my dignity, but move on from being always on the rock stage. Because I didn’t want to be some old f—er in tight pants shaking his ass, screaming onstage with makeup on (because we all know that I always did that). I just wanted to make sure that I was choosing things that were dignified. And honestly, being a TV judge didn’t sound dignified, but it was a cappella, so I was able to pick apart the ensemble itself. If I were on ‘American Idol,’ that’d be fun and everything, but I wouldn’t find myself useful, because it’s all about one singer and the kind of diva thing. But if I can pick apart the rhythm section and why the whole song is working, what just happened, that’s a lot more up my alley.”

Folds’ knack for subtle, wry humor borders on self-deprecating, but he won’t go that far. “I think it’s a matter of honesty,” he says. “I didn’t, like, watch Woody Allen growing up or something — I did — but I didn’t take that as a cue. At the time I started to write songs as a teenager and was really getting into it, most of the songwriting was, ‘I’m f—ing great, dig me, you can be like me, too, for the low, low price of $5.99!’ And although I like that music, I started to not trust that they’re never wrong. No one wants to paint themselves in an unsexy light — that just ain’t human. But how close you can come to that line will bring you closer to the listener, because it gets scarier, and you begin to think about yourself. If you can pull that off, it comes off as self-deprecating, but I would call it vulnerability.”