Bang for the Train, and for Public Transportation 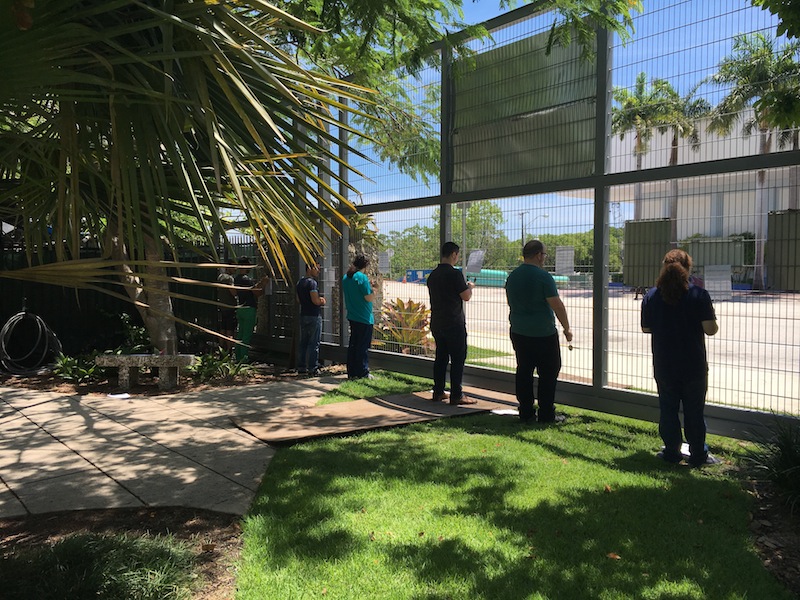 Local musician Juraj Kojs has been making noise all around Miami. His latest project, Bang for the Train, is a musical campaign designed to highlight the local public transportation system. Kojs found that Miami’s system was inefficient to say the least, despite a strong personal commitment to travelling only by bus and train. After spending over three hours a day to commute just a short distance, he had to depend more on his car.

Public transportation, he says, is a vital place of human exchange where people sit together instead of being separated into individual and isolated “metal boxes” on the road.

Bang for the Train is a populist summoning for policy change, set to appear at various locations around town. The project debuted at Miami Light Project’s Here & Now showcase in May. Known for his experimental approach to instrumentation, Slovakian native and co-founder of the Foundation for Emerging Technologies and Arts (FETA), Kojs made some field recordings of Miami trains and scored them as music. He added an adaptation of an old railroad standard, Wabash Cannonball.

For the opening appearance, Kojs’s percussionist team played empty water bottles, plastic tubes and other objects he calls “beaters,” and moved in procession through the Miami Light theater space and eventually out into the street. While the composition was structured around Kojs’s unconventional score as played by musical performers, the audience was given beaters and encouraged to make sounds by banging on metal bars, dumpsters, signposts, whatever.

This past weekend, Bang for the Train made a second appearance, presented as part of Edge Zone’s Miami Performance International Festival. The venue, Miami Beach Botanical Garden, was decidedly less urban than Miami Light Project’s Wynwood warehouse. But between the exotic palms and groomed grass there were plenty of walls and tables and metal things to bang on.

Again, Kojs repurposed plastic waste as instruments. Here, the percussionists used the flimsy plastic pots that usually end up in the trash after a day of planting. Each musician started with a mini drum kit of overturned pots on the floor. When they stood up and started moving through the garden, they played on whatever surface was available, shouting the word “train” and calling out names of metro stops: “Brickell, City Center, Allapattah….”

The audience was supplied with plastic pots and paint sticks wrapped with duct tape. Although the audience at the botanical garden was not large enough to make a big ruckus, the intention was clear and the message was delivered.

In both its activist bent and its musical creativity, Bang for the Train is accessible and satisfying. The sound generated from the homemade instruments is more subtle and sonically appealing than expected. And the piece successfully engages the public, not just within each performance but also through repetition in different parts of the city.

By extending the project to multiple locations, Kojs connects different neighborhoods, mirroring the kind of location-linking that happens with a train network. Momentary communities are formed at each event, and maybe, some interest in political action is sparked.

An extended version of this story runs in MIami New Times.