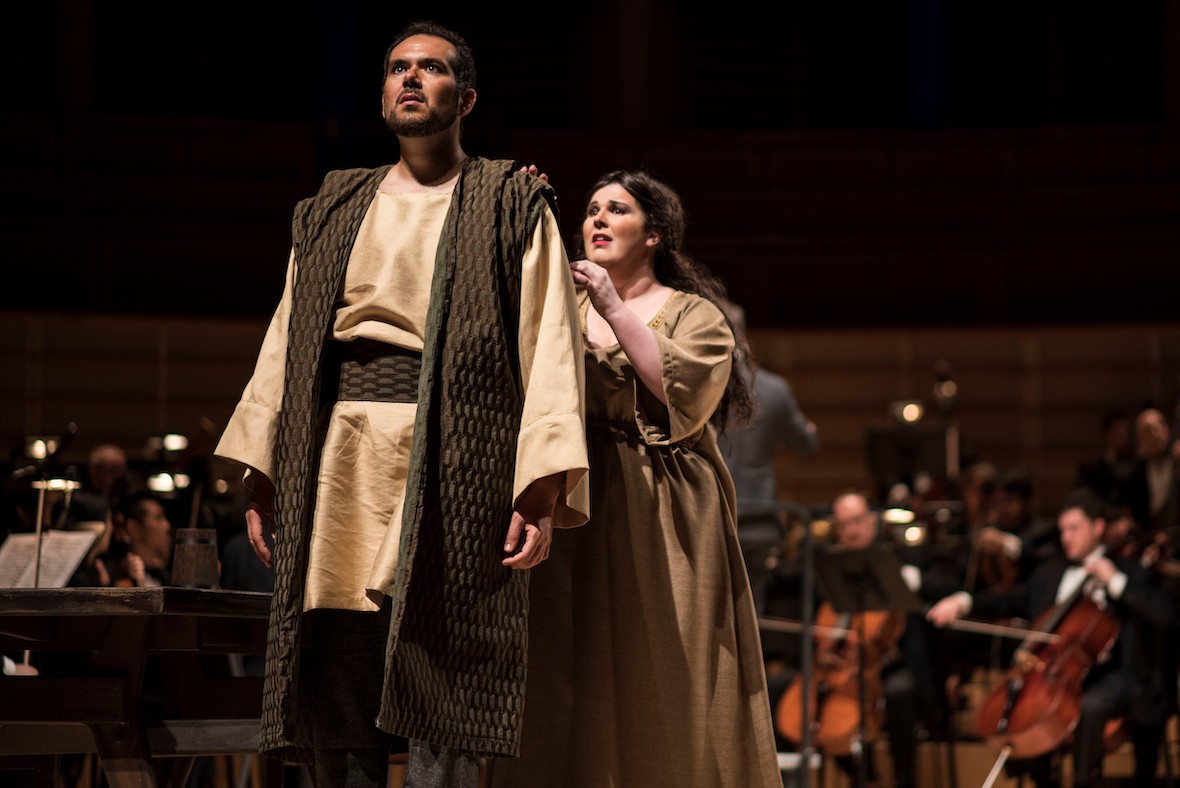 When Richard Wagner wrote “Der Fliegende Holländer,” or “The Flying Dutchman,” in 1843, the great German composer imagined the two-hour-plus opera being performed with no intermission. Perhaps fortunately for some audience members, the Miami Music Festival and Miami Wagner Institute will not keep true to Wagner’s original vision Friday, July 19, at the Adrienne Arsht Center for the Performing Arts.

“We are going to do the intermission, after Act 1,” says Michael Rossi, conductor of the performance and artistic director and founder of the Miami Music Festival. “There are two reasons for that, but mainly for the students, because we have so many talented orchestra players and doubles, and we want to be able to rotate some of the winds and brass in and out. So some play one act, and some play the other. This way, everybody here gets a chance to play at the Arsht and in this show.”

That’s a big deal, because “The Flying Dutchman,” which is the first of Wagner’s three “romantic operas,” is the Miami Wagner Institute’s debut performance in the Ziff Ballet Opera House at the Arsht Center.

Another innovation involves the placement of the orchestra in relation to the actors and scenery. “We have a [new] concept, mainly putting the orchestra onstage with the staging on platforming around it, in front of the orchestra and on the sides and behind, with a whole load of digital projections,” says Rossi, who before creating the festival in 2016 worked with the Washington National Opera and the Philadelphia Orchestra and was even Plácido Domingo’s assistant conductor for a few years. “And that concept we’re doing because it’s the students’ big performance — it’s a 100-piece orchestra, and we want them to be featured.

“And also, this kind of style is popping up in Europe, to showcase the orchestra on the stage, because they’re a central part of the drama and the emotion and the story,” he continues. “So there will be 100 orchestra members onstage, the chorus and the six Wagner participants.”

One participant is soprano Elizabeth Baldwin, who plays Senta in “The Flying Dutchman” and performed with the Miami Music Festival two years ago.

“I was a part of the first act of ‘Die Walküre’ — I was Sieglinde. It’s awesome to be invited back to do my first complete Senta. It’s amazing,” says Baldwin, who is from Toledo, Ohio, and now lives in New York. “It’s so wonderful to be in Miami, and to be in South Beach is even cooler, because last time I was here, we really didn’t get to come down to South Beach.” 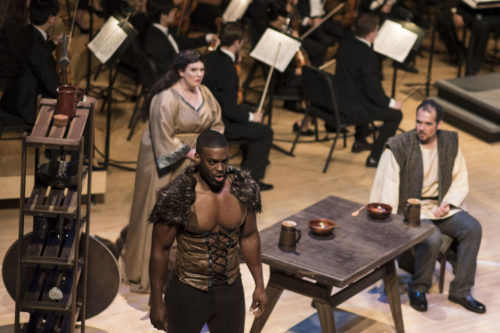 Rossi is excited to have Baldwin back. “She was fantastic in ‘Walküre,’ and the reviews were splendid on that for her,” he says. “And she auditioned again, and she had to go through the whole process again. And she was the clear choice, and she’s really solid — you’ll see.”

Baldwin is a soprano, but she further clarifies her voice type within that range. “I’m in between a lyrical spinto and a dramatic soprano,” she says. “It’s a heavier voice, but I can sit rather high. I like to stay up in the high register of my voice if I can, but I love to come down and sing some mezzo. My highest public note would be an E flat 6 [more than two octaves above middle C], but I could go down to contralto if I really had to, so I’ve got a pretty good range. I love to sing high C’s, but I don’t love to sing E flats [laughs].”

The Wagner Institute is one of six institutes at the Miami Music Festival (alongside orchestral, two opera programs, conducting and piano) and is its only professional program, with the other five catering to students. This year’s festival began June 4 and concludes July 28. Go to MiamiMusicFestival.com for the full lineup.

“The [Wagner] participants are leading professionals in the industry, and they’re coming to this institute to gain experience and additional coachings in this specific repertoire,” Rossi says.

The mission of the entire festival? “It’s really to provide performance and education experience to young artists and students,” Rossi says. “The Wagner shares that same mission at the professional level. So that’s our biggest thing, to make our students better musicians, whether it’s by technique or by getting experience onstage, and all of our institutes have that in mind — that’s why we have both the educational component to the program and the performance experience component to the program. So they get both while they’re here.”

As such, it’s an incredibly competitive process, with applicants coming from more than 25 countries. “We get about 1,500 applicants each year, and 300 students make it, but some institutes are significantly more competitive than others,” Rossi says. “The Wagner Institute will have only six people that get in, so it’s incredibly competitive. [Baldwin] is the only soprano in the Wagner Institute. And if there are 100 sopranos who audition, only one gets in.”