At YoungArts, a Mix of Jazz and Skateboarding Fuse in Miami 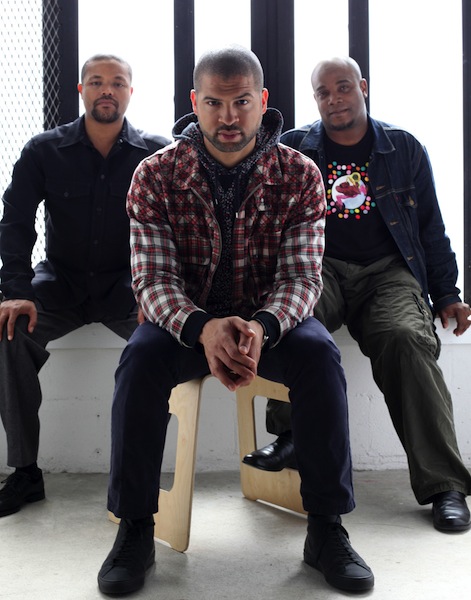 Jazz and skateboarding? Sure, why not?

YoungArts’ Outside the Box series continues Saturday with a presentation melding the two. Performing will be composer and pianist Jason Moran and his band, skateboarding legend Mark Gonzales, and skaters from the Miami area and beyond.

Growing up in the 1980s, Moran, who is artistic director for jazz at the Kennedy Center and winner of a 2010 MacArthur Fellowship (the “genius grant”) devoted himself to skateboarding and piano practice. He was struck by a video featuring Gonzales, whom Moran described as “the Charlie Parker of skateboarding” in a radio interview.

“He’s really revolutionary and really kind of helped define street skating,” Moran said. “For his video segment he chose to use John Coltrane’s ‘Traneing In.’ So here you were, watching this young kid do these amazing tricks but with the music of John Coltrane. And that never left my mind.“

In 2013, Moran got to try his hand at pairing the music and sport. The result was a two-day installation at SFJazz in San Francisco, featuring his group, the Bandwagon; Bay-area skaters; and a half-pipe installed before the SFJazz center stage.

The concept reappeared last fall at the Kennedy Center under the name “Finding a Line: Skateboarding, Music, and Media.” On Saturday, Moran brings the show to Miami, where a half-bowl, half-pipe, custom-built ramp has appeared on YoungArts’ Biscayne Boulevard campus.

The structure was designed in collaboration with local pro skater Joel Meinholz and ramp builder Jason Ranft, known as Jayramps, according to Esther Park, director of campus programming at National YoungArts Foundation.

“It’s quite the draw since there’s never been a skate ramp on the YoungArts Plaza before and from what I understand, even before YoungArts acquired the property and when the space was known as the Bacardi Plaza, we’ve been a famed attraction for street skaters throughout Miami,” Park said via email.

Before Saturday’s performance, Moran, a YoungArts alumnus who took honors in jazz in 1993, and Gonzales will hold a salon-style conversation available to ticket purchasers.

The mission of Miami-based YoungArts is to find and support youngsters who are talented in the visual, literary, design and performing arts. Other alumni include actors Viola Davis and Kerry Washington as well as recording artists Nicki Minaj and Chris Young.

The outdoor performance is free to those who RSVP. The skaters will do their thing on the ramp with the accompaniment of the Bandwagon: Moran, bassist Tarus Mateen and drummer Nasheet Waits.

“What we try to do as a band is we try to find the right music and the right tempo to kinda suit the moment,” Moran said. “You know, how can we propel each other?”

Some of the skaters also are musicians and will sit in with the band. Moran said that that interaction exemplifies the purpose of the performance, which “is mostly about the community, the creative community, that might not necessarily visit each other most frequently but here’s an opportunity for us all to get together.”

Jason Moran, Mark Gonzales and Miami-area skateboarders appear on Saturday, Feb. 6, at YoungArts, 2100 Biscayne Blvd. The performance takes place at 7:00 and is free with RSVP here: otb2016.eventbrite.com; https://www.eventbrite.com/e/outside-the-box-alumnus-jason-moran-skateboarding-and-jazz-tickets-20136245051. Before, Moran and Gonzales will hold a salon-style conversation at 5:30 p.m.; general admission is $35, members pay $28 and students $20. Cocktails will be served at 5:00.