At Jazz in the Gardens, Betty Wright wants to surprise you 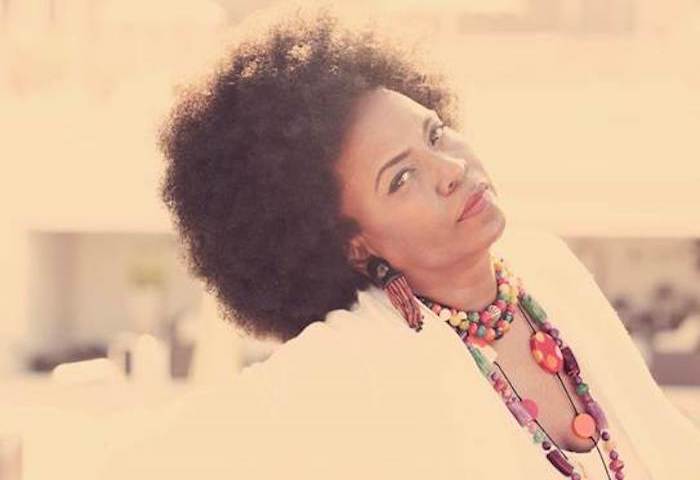 One of the biggest stars at this year’s Jazz in the Gardens Music Fest isn’t performing. But she will undoubtedly put her stamp on the event.

Grammy-winning soul and R&B singer-songwriter Betty Wright — whose eye for talent discovered disco legends George and Gwen McCrae, Peter Brown and KC & the Sunshine Band, and who toured with reggae king Bob Marley in 1979 — is curating the Sunday Soul4U2NJOY stage, which showcases lesser-known acts, both local and national, that she feels has that “it factor.”

If you want names, however, you’ll have to go to the show, because Wright is not revealing her performers beforehand.

“I’m trying to make it a surprise for our locals,” she says. “Obviously, if you live in Miami, you’ll know some of the acts, because they have a reputation for slaying wherever they go. And then, there will be some acts that I’ve brought in town from some other places that deserve to be reckoned with.”

“I just want to make some history for some of these people that maybe would never get to sing for 50- to 80,000 people,” Wright says. “I remember the rush that I got when the stadium was completed in Miami, when it was called Joe Robbie — I was the first one to sing there. And that’s important. Those are historic moments.”

And potentially lucrative ones. “I’ve heard that 50 or 60 percent of the people that will be [in the audience] are South Floridians,” Wright says, “and that’s really important, because if they are club owners, or even if they’re just having parties, they’re someone who may need your services. So if they see someone and they like it, they see who they are, where they’re from and their social-media handles, and it could garner them some work.”

Wright is drawn to artists who offer something extraordinary, something more than a pitch-perfect voice or fast fingers on a guitar neck. “I don’t just look for the best singer or best musician. I look for a well-rounded artist,” she says. “I can always tell if someone is gonna be a star. I don’t know what it is. If it’s innate, so be it. But my mother trained us to not just listen to the music or the words to a song, but see the complete package. And I think if someone has a hit record, when we go to a show, we’re expecting as good or better. And sometimes, the person doesn’t sound like the record because things are so advanced now that they use so much extra on the voice, and so many technical additions, that when you see the person live, you’re very disappointed. So I look for a person that can just flatfooted do what they do if they were in the middle of a desert, and they didn’t have equipment. They can pat on their leg and do something. I like raw talent.”

Finding those diamonds in the rough is a lengthy process but a labor of love for Wright. At age 65, she still hits the clubs in search of greatness.

“Throughout the years of working and going to shows in Miami and South Florida, I keep numbers,” she says. “And my daughters, who also perform, are always telling me who’s hot and who’s not, and they say if you want to hear them, they’re singing at X,Y or Z tonight. And sometimes, I’ll just stand near the back, inconspicuously, and check them out. Because usually if they know I’m coming, they have the ‘get ready for Betty Wright syndrome’ [laughs]. And I don’t like that ‘get ready for Betty,’ because they either overproduce their show or have just gone beyond and gotten afraid. And then, instead of them having a tenacious performance, it’s a scary performance. Because now they’ve intimidated themselves. Just knowing I’m in the building takes them somewhere else.”

Wright’s involvement with the Marley family extends beyond her time spent on Bob Marley’s “Survival Tour” back in the day.

“For the past 3 1/2 years, I’ve been working with his grandson, Skip, who had a [hit] record [‘Chained to the Rhythm’] with Katy Perry,” she says. “And the experience with Bob — I can almost live it every day, because I’m always telling his grandson something that Bob did, because he didn’t get to meet him. And not only did I get to do the tours with Bob, but we were also friends, because my husband [Noel ‘King Sporty’ Williams] wrote ‘Buffalo Soldier.’

“A lot of times when I am with Skip, I don’t want to say channel, but there’s so much about Skip that is so reminiscent of his grandfather that I have to stop and shake my head,” Wright continues. “You have no idea how spooky it is sometimes. I’ll be talking to him, and the way he’ll answer me, or the way he’ll laugh at something I say — I can remember Bob thought that I was really, really funny because of the way I tell my stories. I’d say, ‘Why are you laughing?’ And he’d say, ‘It’s the way you say it.’ And I’d be talking about something and I’d be so serious, and I’d want him to be serious, but he just couldn’t stop laughing.

“But yeah, I get to think about Bob quite a bit, having been around his family, and I think that’s why I love things like Jazz in the Gardens — you get to see all these types of music. … It’s a perfect weekend for music lovers.”

Grammy-winning R&B and soul singer Stephanie Mills, who got her start at the tender age of 9 on Broadway in “Maggie Flynn” and then turned heads starring as Dorothy in “The Wiz,” will take the stage Saturday for a 45-minute set heavy on hits such as “Home,” “(You’re Puttin’) A Rush on Me” and her signature song, “Never Knew Love Like This Before.”

Mills says she appreciates kicking off her career in theater “because it gives you discipline,” but it made the transition to the music world somewhat difficult. “Never Knew Love” changed all that, in 1981 beating out the likes of Aretha Franklin, Diana Ross, Roberta Flack and Minnie Riperton for Grammys.

“It made people notice me in the record industry,” Mills recalls. “Because coming from theater and Broadway to being a recording artist is not that easy.”

Mills offers some advice for aspiring artists on the Jazz in the Gardens lineup.

“Really have someone around you that you trust,” she says. “Write your own songs, and do not sell them to people — keep your publishings and just stay true to yourself. And deposit your own money in the bank.”

Photo of Betty Wright courtesy Jazz in the Gardens.