Antonio Lizana, From Jazz and Flamenco, One Voice 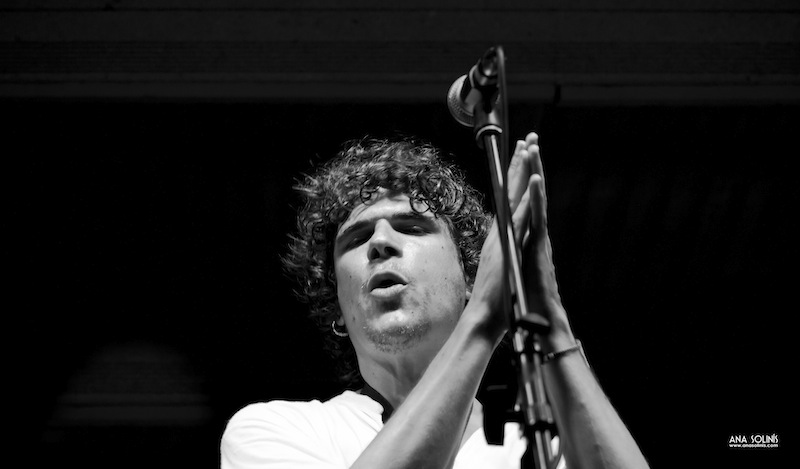 Flamenco and jazz have had a fitful relationship. The early, tentative approaches — such as the notable Sketches of Spain (1960) by Miles Davis and Gil Evans or Jazz Flamenco (1967) by Spanish saxophonist Pedro Iturralde and a young flamenco guitarist called Paco De Lucia — didn’t really bear fruit until decades later, when the emergence of musically bilingual musicians and a much more fluid contact helped produce albums such as Friday Night in San Francisco (1981) by the Al DiMeola, John McLaughlin and de Lucia trio and Flamenco Big Band (2008) by saxophonist Perico Sambeat.

Now the work of saxophonist and cantaor Antonio Lizana, appearing with his flamenco trio at the Spanish Cultural Center of Miami (Centro Cultural Español) Thursday, offers yet another twist to that fusion. Born and raised in Cádiz, in Andalucía, Lizana´s music is a truly organic blend of jazz and flamenco elements. A sax melody may give way, without missing a beat, to a moment of cante in true flamenco style – before going back to the jagged sax line of a post-bop improvisation. The surprise is not the juxtaposition but how natural it sounds.

Lizana, who fell in love with music at age 8 when his father, a rock fan, played him a recording of Deep Purple, had a classical music education, having studied at the conservatory in Cadiz. But he was a progressive rock fan growing up surrounded by flamenco; so, at 14, he also began to accompany flamenco acts: “I´ve learnt [flamenco] playing with guitarists friends who would teach me the licks of [flamenco guitarists such as] Paco de Lucía and Tomatito,” he once recalled. “And I would translate it to the sax.” The sax led him to jazz, at first more for a technical interest than real love. But while attending Superior Music Center of the Basque Country in San Sebastián, he fell in love with jazz and found his voice, literally and figuratively.

He has two albums to his name, De viento(2011) andQuimeras al mar(2015), featuring all originals. He will be appearing with what he calls his flamenco group, long time collaborators Adriano Lozano, guitar; and Epi Pacheco, percussion.

Lizana spoke to Artburst from Madrid, Spain, where he currently resides.

You were born in Cadiz — flamenco country — got into music because you loved rock, had a classical education. How did you end up with a saxophone and jazz?

The music I heard at home was my father’s prog rock,and the leading player in that music is the electric guitar. But at the conservatory in Cadiz there was no electric guitar, and of all the instruments they gave me to choose from I picked the sax because I had heard it with Pink Floyd and Dire Straits and thought, ‘This will work for what I want to do’”.

So until I was 20 I was studying classical music. But when I went to the Basque Country, that’s when I met really good jazz teachers. As a teenager, with my groups, the thing was about improvising and the solos, so in looking for the best improvisers, I ended up in jazz, with Charlie Parker, John Coltrane … and Kenny Garrett who is my main influence.

How did you come up with the idea of incorporating the singing to your playing? That’s unusual for a jazz saxophonist.

The school was in an area (Basque Country) where there are no flamenco musicians, and the voice I needed was flamenca. At first the voice parts were few … so I thought “Well, for now, just to sing these bits I can do it myself and later we’ll see.” But it turned out that I love’d it and it was very well received so I started to study singing just as I had study saxophone.

You have said in some interviews that you don’t like the “jazz-flamenco fusion” label. Why so?

Labeling things is useful. That way we all agree on what we are talking about. But labels tend to leave things out. My music is obviously rooted in jazz and flamenco, that’s what I’ve studied, that’s what I heard growing up, but when I write I want to stay open to other things I find along the way, like African music or Arabic music. In fact, what keeps the flame alive for me is finding new things that might inspire me. I don’t want to stay in place, going around in circles over the same thing, over and over. But of course, the protagonist in this music is my sax, which means jazz, and my voice, which is flamenco, so here we are, we end the conversation at the same place we started.