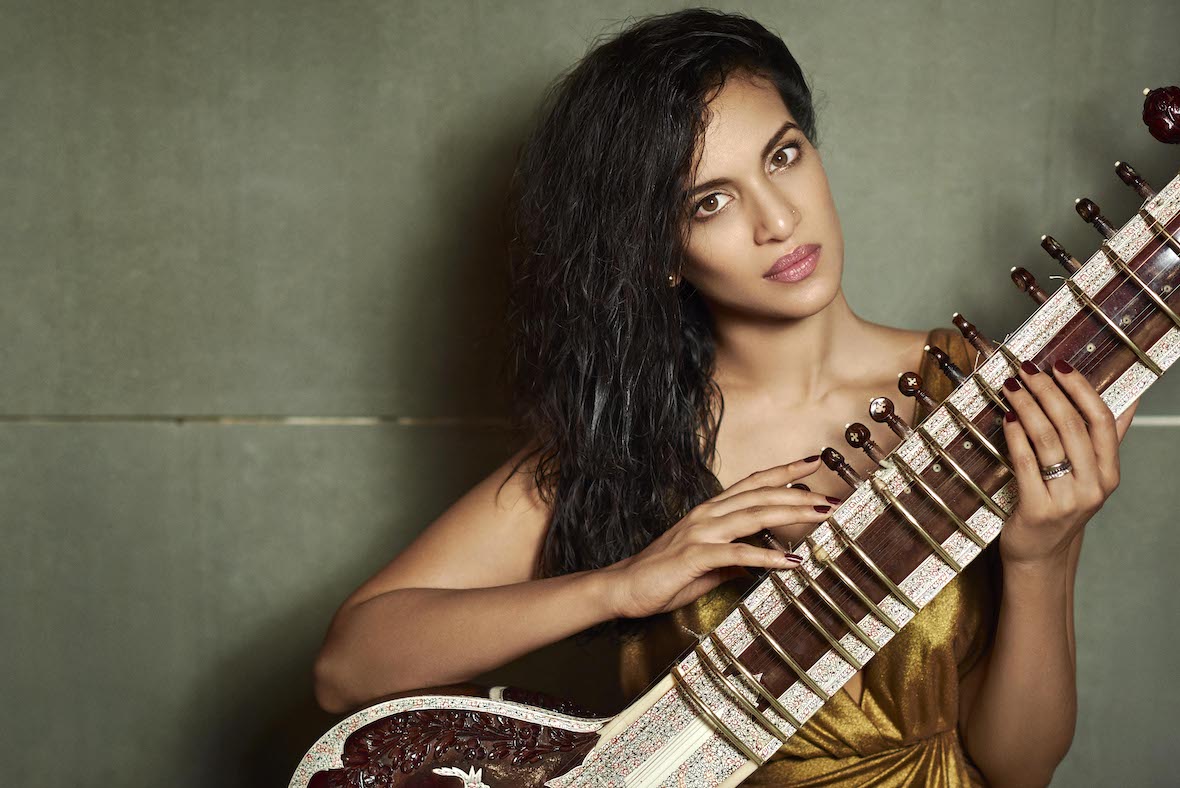 World-music fans who are curious but unfamiliar with Anoushka Shankar’s body of work have the perfect opportunity this weekend to immerse themselves in the dynamic sitar player’s repertoire.

“I use ‘Reflections’ as the reason to look back and choose some of my favorite pieces to play live, but in new arrangements,” Shankar says. “We’re also playing a lot of new material. I recently wrote a soundtrack to ‘Shiraz,’ a beautiful silent film from India in the 1920s, and it’s music I’m really proud of, and we’re playing selections from that, as well.”

Shankar, who has received six Grammy nominations for crossing cultural and musical genres, has tapped into styles as diverse as flamenco, folk and even electronica on her albums in addition to traditional Indian classical ragas. She has collaborated with an eclectic list of artists, including Sting, M.I.A., Herbie Hancock, Karsh Kale, Rodrigo y Gabriela, Philip Glass, Joshua Bell and her half sister, singer and pianist Norah Jones.

“I’m very curious musically, and I have a lot of love musically, so making an album is an opportunity for me to explore and grow,” Shankar, 37, says. “My primary function as a musician is for me to learn, and also to share that and try and make music that expresses to people something that hopefully resonates with them.”

The sitar is viewed as exotic and mysterious by most Americans. It’s a stringed instrument, but is vastly different from the guitar, in that it’s not meant to be strummed.

“One can, to a very minimalist degree, play chords on a sitar,” Shankar explains, “but it’s not built for playing chords the way a guitar is. The frets, for example, are curved to enable us to bend the strings in the style we play in. It’s kind of built to be a lead-melody instrument as opposed to a harmonic one.”

Even the word “sitar,” which comes from a Persian word meaning “three strings,” is misleading.

“The sitar has 19 strings, so there are a fair bit more,” Shankar says. “We have two bridges off the sitar, and the six main playing strings are off the top bridge, and then 13 strings are on a smaller bridge that runs underneath, and they are called the sympathetic resonating strings. We very rarely if ever play directly off those strings, other than that cascading sound that’s very recognizable.”

Shankar learned to play the instrument at a young age, practicing with her father starting at age 7. She was a quick study, and began performing publicly by the time she was 13.

“I wouldn’t say it came naturally to me, but because I grew up around my dad playing, by the time I started playing I was already kind of immersed in the musical world,” she says. “And I was familiar with the music because I had been hearing it from birth, so in some ways I had an ear that was already in tune with the music. But as far as the instrument itself — like for anyone else it’s a challenging instrument, and like any instrument it takes playing and practicing. I don’t know if you get a leg up on that based on where you’re born [laughs].”

Considering her upbringing, it almost seems inevitable that Shankar would be where she is today.

“It’s just always been part of me to play that instrument,” she says. “It’s kind of like we don’t choose our first language, you know, how we can best express ourselves. That’s how I feel with the sitar: When it’s in my hand, I feel best able to express myself musically, far more than when I’m in front of a laptop or piano or any other medium that I do write on, but not the way I do when I’m holding a sitar. What I love about it is I do think it’s a very unique-sounding instrument, and very evocative and very emotional. And it’s a lot more versatile than people realize: It’s able to go from a very introverted and spiritual aspect to very dynamic, exciting and kind of wild playing, and I really enjoy that about it.”

That uniqueness and spiritual quality of the instrument attracted one of the most famous rock musicians of all time, George Harrison. Ravi Shankar taught the Beatles guitarist how to play the sitar, altering pop-music history and also allowing Anoushka access to a world unreachable to other children.

“He was basically an uncle to me,” Shankar says about Harrison. “I grew up very, very close to him. We worked in the studio together on my dad’s [1997] album, ‘Chants of India,’ which he produced. So that was probably the only experience I had of professional musical work with him, which was huge for me. I was 15 at the time, and I was playing with my dad and Uncle George, so you can imagine [laughs]. It was amazing.”

After Harrison died in 2001, Shankar opened the posthumous tribute “Concert for George” the following year at the Royal Albert Hall in London by performing a solo instrumental piece followed by the Harrison-penned Beatles’ song “The Inner Light” along with ELO mastermind Jeff Lynne.

“Like many people in that show, we were paying tribute to someone we loved very dearly,” Shankar recalls. “So it was a very unique and memorable concert experience for me.”

In turn, Shankar has made it her mission to create memorable concert experiences for her fans.

“I think it’s about connection,” she says. “My primary function when I play is to connect with something bigger than myself or more powerful than myself, and to share that with other people. And that’s what I get when I hear music that inspires me or see art that inspires me, and I think when you do that across cultures and genres, it creates a further inspiration for how we are able to connect with each other, to speak to our similarities rather than our differences. And that’s something really powerful.”