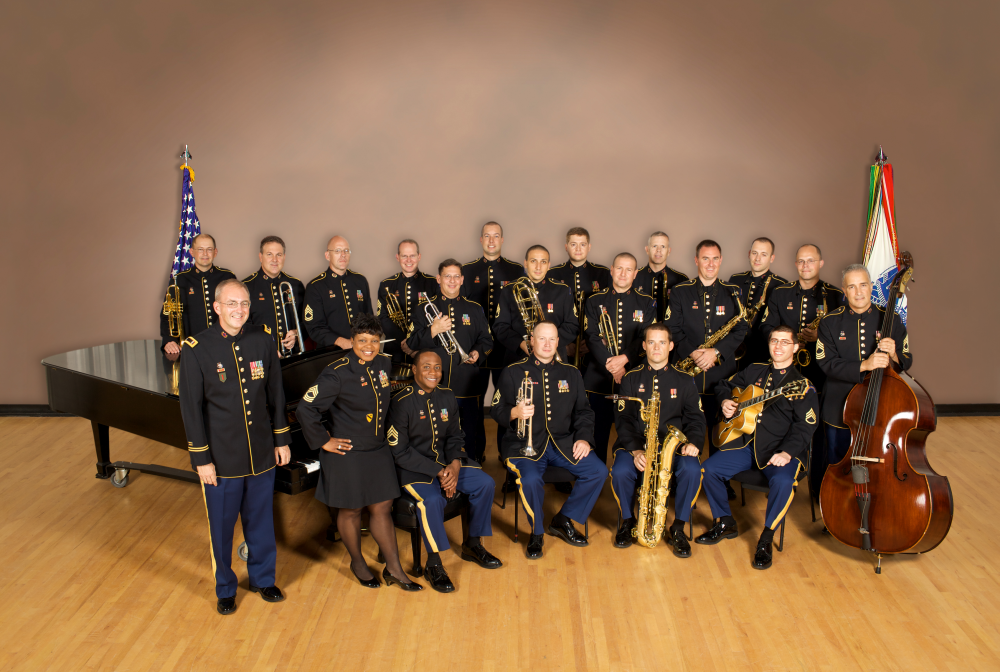 The peripatetic ensemble known as “America’s Big Band” visits South Florida for one free concert on Wednesday, Oct. 28. The Jazz Ambassadors are one of several musical organizations under the umbrella of the U.S. Army Field Band. Formed in 1969, the Jazz Ambassadors have played in every state and around the world, with orchestras such as the San Diego Symphony, New York Pops at Carnegie Hall and with noted musicians including Gordon Goodwin and Bobby Shew. They even appeared on The Colbert Report television show.

“The Jazz Ambassadors’ commitment to traveling the country 100 days a year, performing for Americans all across our nation, combined with their musical excellence, has earned the ensemble the title, ‘America’s Big Band,’” Master Sgt. Adam Getz, the ensemble’s tour coordinator, said via email.

“The Fall Tour 2015 is 28 days long and includes 32 concerts as well as educational outreach for music students.”

Students and professional musicians as well as service members may audition to join the Jazz Ambassadors. One famous alumnus is the drummer Steve Gadd, who performed with the unit when it was called the Studio Band.

The ambassadors have four separate concert programs and play one at each formal concert. Selections come from 1900-1930 (early jazz), 1935-1945 (the Swing era), 1945-1960 (bebop and cool jazz) and 1960 to the present (modern jazz). Artists represented include Scott Joplin, Glenn Miller, Charles Mingus and Wynton Marsalis. “Instead of a formal set list, the Jazz Ambassadors cover the history of jazz, and also have the flexibility to adjust what they play to that which the audience best responds,” Getz said.

The U.S. Army Field Band has its roots in World War II. Near the end of the conflict, a group of combat veterans began playing concerts to support their fellow soldiers. According to the Army Field Band Website, admission to one of their shows usually required the purchase of a war bond; the group raised more than a million dollars this way — and got its first nickname, “The Million Dollar Band.”

After the war, Army officials felt that having a band of active-duty soldiers would be a good way for the service to maintain a relationship with the American people.

As they did last year, the Jazz Ambassadors will perform at Florida Memorial University in Miami Gardens. The university has a music education program with a strong jazz component led by faculty, including local stars like Melton Mustafa and Nicole Yarling.

It’s also especially welcoming to veterans, according to Keith Allen, manager of the university’s Lou Rawls Center for the Performing Arts. “(The Jazz Ambassadors) first came to FMU because we have a program that actually honors and helps veterans get relocated and reinserted into the community after their service,” he said.

“America’s Big Band” is all about service members and community. “You can expect the Jazz Ambassadors to salute veterans at the end of their concert by performing the songs of each military service and asking veterans of those services to stand and be recognized for their service to our nation,” said Getz (who, no, is not related to the legendary saxophonist Stan Getz).