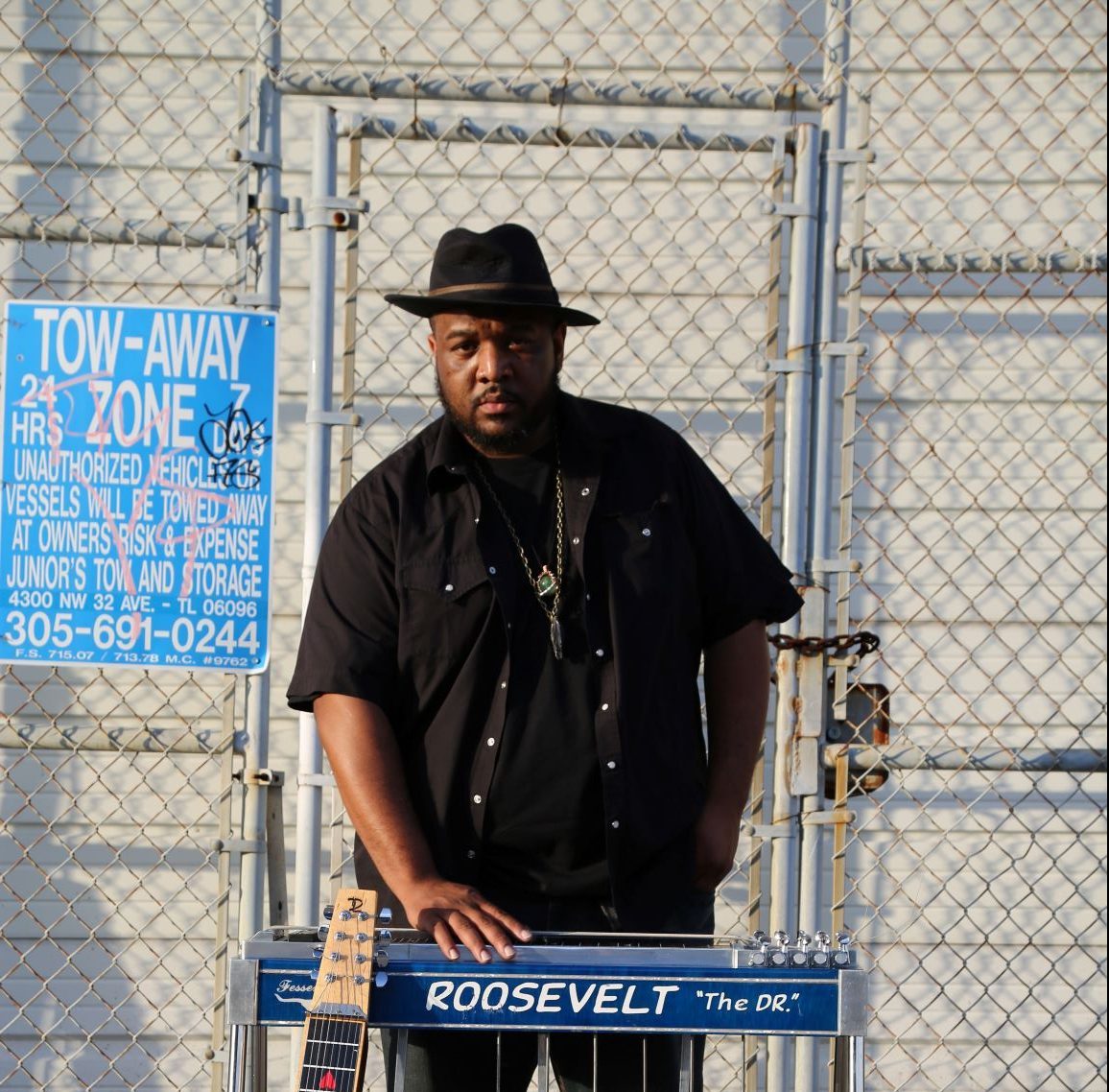 A master of the pedal and lap steel guitars, South Florida’s own Roosevelt Collier believes his music has never been more needed than during these challenging times.

“I want to bring a positive vibe, so for that 2 hours I’m playing, you can’t help but forget everything that happened bad in your life,” he said in a recent interview. “My No. 1 goal since I started playing has always been to try to heal and touch the soul, whether I’m playing world music, blues, funk jazz, hip-hop, soul, it doesn’t matter. It’s just the nature of my instrument and my gospel roots.”

Collier is headlining the 23rd edition of the Afro Roots Fest Miami Beach, set for 7:30 p.m. Saturday, May 1, at the North Beach Bandshell, 7275 Collins Ave. Presented by the Miami-based nonprofit Community Arts and Culture (CAC), the annual event was virtual last year due to pandemic-related safety concerns and restrictions.

But this year, it returns with an ambitious program of both in-person and virtual performances – featuring Collier with a few special guests, including: Cameroonian bass player, vocalist and songwriter Richard Bona; Ghanaian djembe player Weedie Braimah; and Afro-Nicaraguan singer-songwriter Philip Montalbán. Georges Collinet, host of the long-running world music program Afropop Worldwide, will be the emcee.

Multidisciplinary ensemble Fulu Miziki, from the Democratic Republic of Congo, and musician Vieux Farka Touré, from Mali, will appear in specially pre-recorded performances streamed from their respective homes in Africa.

That’s one of the benefits of keeping a virtual component: “It’s great because, for example, these two African bands wouldn’t have been able to come to the States the way things are,” said Jose Elias, CAC executive and artistic director.

Organizers realized the possibility of reaching a global audience after moving performances from the stage to the web last year. Elias noted that the 2020 edition of Afro Roots Fest “had a number of countries all over the world tuned in that wouldn’t have known [about the festival] if not for the virtual presentation.”

He called it “kind of the silver lining” in an otherwise challenging situation for artists and presenters, brought about by the COVID-19 pandemic, and said CAC plans to continue using this hybrid model of in-person and virtual programming as it moves forward.

“It really does open up your brand to a bigger audience than normally you would have just doing the whole local thing,” Elias said. “It also brings new opportunities for musicians, a new source of income that wasn’t really explored that much before.” 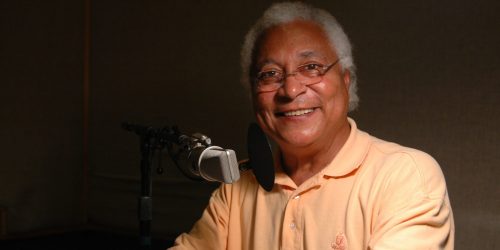 For Collier, who as he puts it, “was raised in the sound of the church,” the setting represents a larger stage for his music and his message. At the House of God Church in Perrine, he was brought up in the Sacred Steel tradition — a gospel style that developed after a group of Pentecostal churches in the 1930s introduced the lap steel guitar to their services. He also served an apprenticeship as a member of the ground-shaking band of his uncles and cousins, The Lee Boys.

Not surprisingly, Collier’s style, both muscular and expressive, suggests an organic blend of gospel, blues, rock and funk influences. His tone and pitch-bending may one moment evoke the style signatures of Jimi Hendrix or Jeff Beck — and startle the listener the next by suggesting the deep cry of a church singer.

“The steel guitar has no frets, so by nature it’s close to a vocal sound,” he explained. “So our job in church was to enhance the singers, the church leader and the vocalist. We had to mimic and play exactly what they were singing. So I spent all of my life just behind these powerhouse gospel singers. That’s how I’ve gotten my own voice.”

His broad musical range and technical brilliance turned Collier into a regular “artist at large” at festivals. It also led to performing with musicians such as The Allman Brothers Band, The String Cheese Incident, Buddy Guy, and Robert Randolph. A collaboration with bassist, composer and producer Michael League, founder and leader of the jazz-world fusion band Snarky Puppy, resulted in Collier’s 2018 debut album on the band’s label, GroundUP Music.

The album, titled “Exit 16” after the Florida’s Turnpike exit for his hometown, “tells the story of where I come from, who I am, and where I’m going,” said Collier. “Being raised in the church, being raised in the sound, was to learn how to touch people’s lives, how to use my instrument to help heal people. It’s something in you. Church brought out that. And my No. 1 goal today still is to help heal and touch folks’ lives.”