Adalberto Delgado Reprises His Rumba For a Night 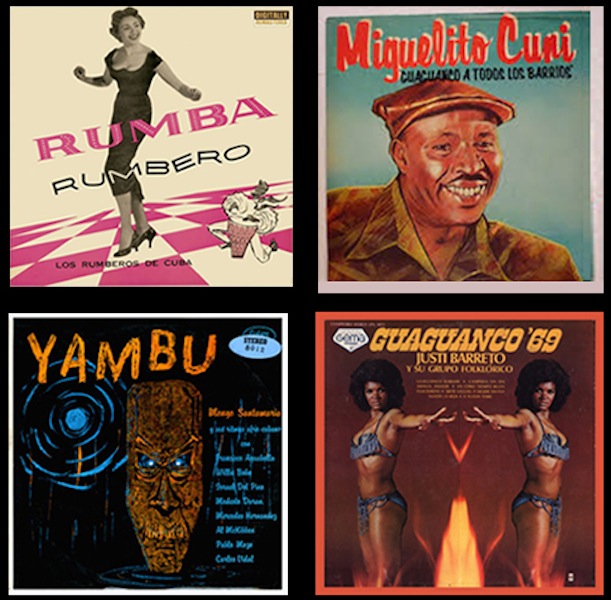 Gustavo Matamoros’s Listening Club series at Audiotheque continues with this week’s talk and samplings by none other than Miami’s “Sacerdote of Rumba,” as the genre’s Miami high-priest, Adalberto Delgado, has come to be called.

Matamoros, perhaps best-known both inside and outside Miami for his celebrated biennial experimental sound art festival (and his isaw+subtropics.org), established the Listening Club with its monthly curated listening sessions so “Miamians could hear better. When one’s ear is trained, one begins to hear things in music and sound itself that are not necessarily obvious. Then the fun begins.”

According to Matamoros, “If rumba was going to be included in our Listening Club lineup — how could it not? — there was only one person to present it.” So Delgado, long-time Miami resident, whose now-defunct underground Friday night party “Rumba on 6th Street” became legendary, will bring his magic tapes, LPs, etal and some drums and wooden sticks to Audiotheque.

Not surprisingly for someone so deep into the genre for so long, Delgado will be bringing in the sounds not only of guaguancó, the most well- known of rumba’s variants, but also yambú and columbia. More surprising is some of what Delgado has to say about the roots of the genre. “Initially rumba had a lot more to do with flamenco than African rhythms per se,” according to Delgado. “Listen to the beginning of any rumba, you’ll hear that bele bele, right? It’s the same root as the quivering voice that always introduces the Flamenco. Think about the improv that goes on in Flamenco, the same thing in rumba. There are lots and lots of links.

“But remember flamenco may have come to Cuba through Spain, but it itself originated in India and made its way to Eastern Europe and then Spain with the migrations of the Roma people, the gypsies. So while African percussion and dance were added into what became known as rumba, the melody came first, and that melody was flamenco.

“Yambú is the oldest rumba, the softest. It grew up in the Cuban countryside. It sounds to us today a lot like funk. Columbia is the roughest of rumbas. It’s more the music of the people who worked in the ports. Only men were allowed to dance it. Then, of course, there is guaguancó, which is less hard-core, more suburban than most people realize. It’s the music of people meeting on street corners to dance.”

Delgado was a kid in Havana, but it wasn’t until his teen-age years in Miami that he got hooked on rumba. “Sure, I was listening to plenty of rock and roll, but there in the old Cuban songs, the rumba, I heard around town were references to all the streets back home that I missed so much.”

Before too long Delgado and friends were getting together every Saturday afternoon to make their own rumba. Eventually he headed a rumba group called Fe (faith). Even as Delgado was becoming a visual artist of note here in Miami, his rumba parties continued.

What does it mean to him now? His answer is Zen-like. “ Rumba is not danzon,” he says, “rumba does not have all its notes.” He allows himself to add: “Rumba has us all forever following the rhythm of these two little sticks. Rumba is crazy. Of course I love it.”