A tribute to Nina, ‘Ladies of Simone’ kicks off live music series 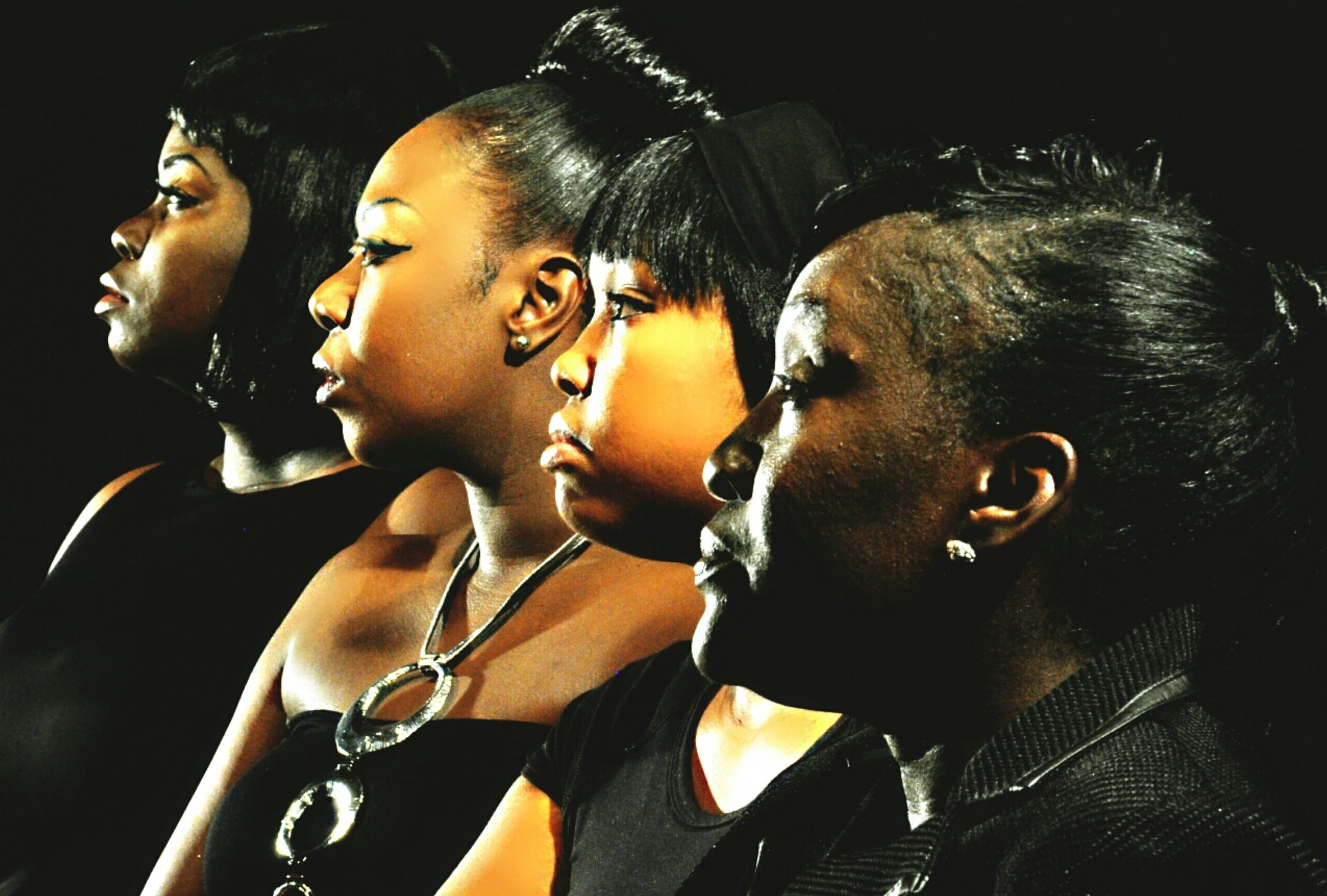 A musical revue about singer, pianist, and Civil Rights activist Nina Simone at the African Heritage Cultural Arts Center in Liberty City had a successful almost monthlong run in 2016. Sarah Gracel was one of four women in the show entitled “Simply Simone – The Music of Nina Simone” who portrayed the performer at different stages of her life. She especially remembers the reaction. “The audience, people in the community, and even us, well, we didn’t want to the show to end because of how wonderful it was.”

Theodore “Teddy” Harrell Jr. directed the production, which was complete with a full set, props, lighting and two costume changes, he recalls.

“After the musical, produced by the African Heritage Cultural Arts Center, closed,” he says, “there was interest for the talented four vocalists, Gracel, Ja’Nia Harden, Toddra Brunson and Deana Butler Rahming to perform Nina Simone’s music for a couple of shows that featured jazz music.”

Audiences took to the only-music-no-dialogue performances, too. Harrell named it “Ladies of Simone,” he says, “to differentiate it from the musical.” A year later, the “Ladies,” along with the original band from the full-fledged “Simply” show was performing as a group in the cultural arts center’s Sankofa Jazz Festival. Then there was a special request by Keith Clarke, a Miami jazz aficionado who began the Miami Jazz and Film Society, for the group to perform at the Olympia Theater’s Lobby Lounge Jazz series, plus two gigs at the Hampton House, along with a performance in Delray Beach at Arts Garage.

“Ladies of Simone” is back again with two shows on Saturday, July 30, to kick off the new Live in the Park! music series at the Westchester Cultural Arts Center, located at the entrance to Tropical Park, 7930 SW 40th St., Miami. Live in the Park! is an eight-show series that continues through Dec. 31.

The four singers interpret standards from the Empress of Soul’s legendary songbook, each with highlights that correspond to a specific period in Simone’s life. 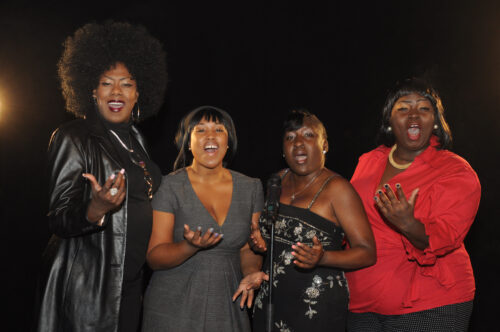 Harrell promises that audiences will be re-introduced to “the music, the sassiness and the attitude of Nina Simone with songs in the repertoire such as “Sinnerman,” “To Be Young, Gifted and Black,” “My Baby Just Cares for Me,” and “I Put a Spell on You.” The performers are backed by a four-piece band including keyboard, guitar, bass and drums.

Gracel is Nina #1, “the young Nina,” she says, adding that her Nina is the one who gets rejected from a classical music conservatory dimming her sights set on being a classical pianist. She’s the Nina who goes through hard times that lead to the next steps in her career.

Harden is Nina #2, the nightclub and jazz singer at the beginning of her ascent. One of Harden’s favorites to perform is the song that launched Simone into the spotlight – her rendition in 1958 of George Gershwin’s 1935 “I Loves You, Porgy.”

With some of the set list retooled from “Simply Simone” for “Ladies of Simone,” Harden says she has the opportunity to sing “Wild is the Wind,” which became a hit in 1959. “It’s the kind of song where you just have to take your time. There’s no rushing. Nina just kept it simple,” says Harden. There’s also another reason the performer cherishes her time on stage with the song.

Her husband, John Harden III, with whom she co-created the band The Harden Project, and who was musical director, band leader, and pianist for “Simply Simone” and remains for “Ladies of Simone,” accompanies her.

“With (The Harden Project), he’s usually playing keyboards and with this, he gets to be free . . . to be a piano player and, you know, it highlights him. I so enjoy that connection on a personal level,” she says.

Brunson is Nina #3, “the Nina who has seen a lot. The activist,” says Brunson, who adds, “I didn’t know I would feel so connected to her until I met her revolutionary side. She is me in modern times. I believe her words and music need to be put out there with fire and passion behind it.”

When asked if there is a special highlight in her performance she cherishes, Brunson says there isn’t one but a few.

“ ‘Revolution,’ ‘Mr. Backlash,’  ‘Mississippi Goddam.’ “ she says, the latter released in 1964 and considered one of the most controversial of Simone’s civil rights songs as a response to the murder of Medgar Evers and the bombing of the 16th street Baptist Church in Birmingham. 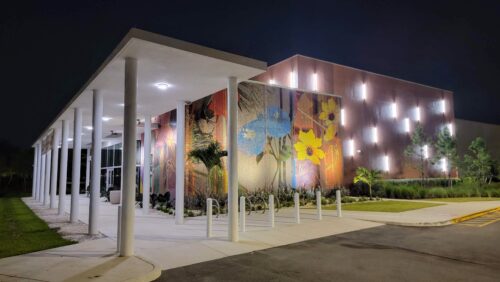 Butler Rahming as Nina #4 said while playing her role in “Simply Simone” that her Nina is “the most evolved. The Nina that has been through different stages of life and has been there and done that.”

There’s an agreement across the board that Simone’s life and music, in addition to being timeless, speaks to what’s going on in the world today.

“The racism, the injustice, our government lying to us and stripping us slowly from our freedom of speech, colorism, people still found hanging just like the times have never changed in a way. It’s all still very connected and that’s why I believe we can use her music to bridge the gap between generations,” says Brunson.

Gracel says Simone’s ability to tell stories in every song is what resonates with her. “Some days I feel that the world is upside down and I believe that through Nina’s activism, through her music, there is a relevance for today because so much seems like it’s coming back full circle. In times where you feel lost, well, I feel like her music gives a sense of direction.”

Hailing from Mexico, singer-songwriter Silvana Estrada is cutting her own path in music. She makes her first Miami appearance at The Citadel.
Continue Reading

The Community Arts Program in Coral Gables features a summer series where concertgoers can experience a rare opportunity to see musical luminaries in an up-close setting.
Continue Reading