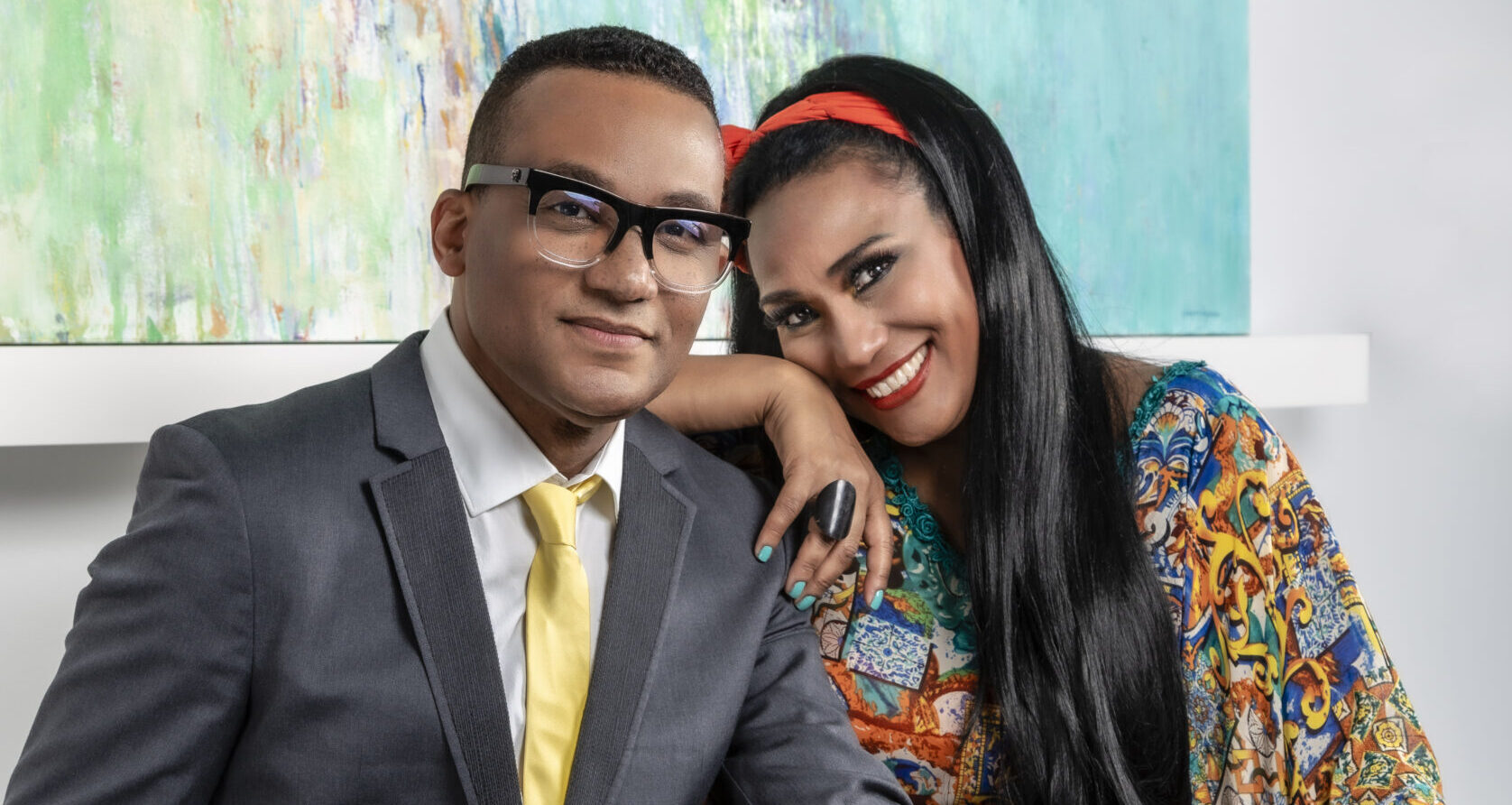 Pianist Gonzalo Rubalcaba and Afro-Cuban singer Aymée Nuviola perform music from their latest release “Live in Marciac” for the opening concert of the Live in the Park fall series at the Westchester Cultural Arts Center on Friday, Sept. 9. (Photo courtesy of Emilio Guede Jr.)

When Gonzalo Rubalcaba and Aymée Nuviola get together they have a language all their own. Their melding of Afro-Cuban rhythm and jazz speaks through their stage presence, their charm and a history that began as children in Cuba.

The two artists and Grammy winners will share the experience in an intimate performance on Friday, Sept. 9, when they kick off the Live in the Park fall concert series at Westchester Cultural Arts Center.

Rubalcaba, an international jazz pianist and composer and Nuviola, a vocalist, songwriter and actress, will perform music from their latest album “Live in Marciac.” Released on the label 5Passion Records, the album was recorded in July 2021 at the Marciac Jazz Festival in southwest France, released on digital platforms in May, and as a CD in August. 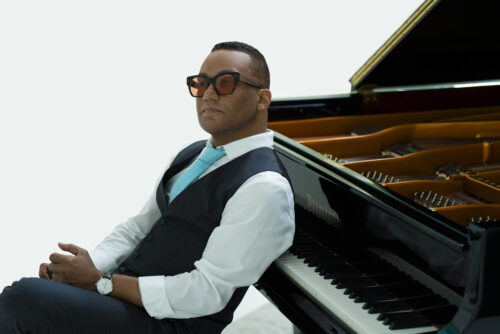 With numerous collaborations under their belts, Rubalcaba and Nuviola say they share a bond that goes beyond the music they’ve made together.

Rubalcaba and Nuviola met in Havana when they were both accepted into the prestigious Manuel Saumell Conservatory for musically gifted children. It began initially with their mothers befriending each other at the elementary school as they waited for their children in the pick-up lines. The young Rubalcaba and Nuviola soon learned their families shared a musical way of life.

“It wasn’t unusual (for either of us) to have uncles or cousins break out in a spontaneous concert at home with everyone having some kind of musical talent to share,” says Rubalcaba from his home in Coral Springs.

Nuviola adds “Gonzalo’s father would fine tune my piano; we were all like family, so it was a beautiful union.” 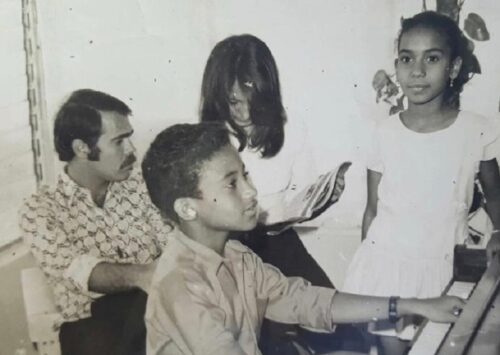 Gonzalo Rubalcaba and Aymée Nuviola were brought together by music in Havana, Cuba, as children. (Photo courtesy of Tamy Salas)

It was Rubalcaba’s connection and love for his mother, who encouraged him to focus on the piano, which began and fueled his artistic journey, eventually earning him five Grammy awards.

“She believed it was quite possibly the most complete instrument that exists,” says Rubalcaba. He initially was interested in percussion, playing with his father Guillermo Rubalcaba’s band at the age of 5. He says he switched to piano to please his mother. “Aymée’s mom was a music teacher; my mom never dedicated herself to music, but she dedicated herself completely to me. I know what discipline is thanks to her,” he says. It has been years since his mother, Yolanda “Chiquitica” Fonseca, passed away, but, he says, “I’ll never stop talking about her . . . because I am who I am today mainly because of her.”

“Live in Marciac” is a follow-up to the Grammy-nominated “Viento y Tiempo,” which was recorded in front of a live audience at the Blue Note Tokyo in August 2019.  What’s different about “Live in Marciac” is its artistic boldness. There are no other instruments besides Rubalcaba’s piano and Nuviola’s vocals– no safety net.

“It’s like a roller coaster ride,” adds Nuviola about the recording and what people can expect at the “Live in the Park” concert. 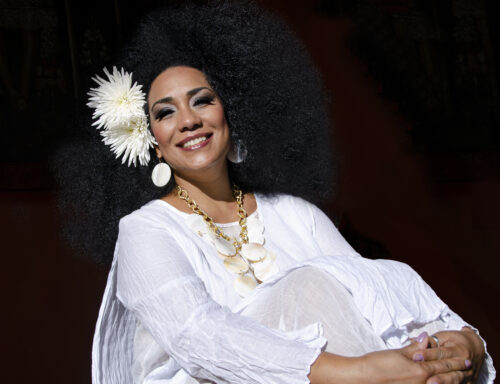 Cuban singer, pianist, composer and actress Aymée Nuviola is also known for having played Celia Cruz in the Colombian telenovela “Celia.” (Photo courtesy of the artist)

“It’s not just about coming to hear the songs, it’s about the spontaneity of the show and the collaborations between them and us,” says Nuviola, who will be performing tracks from the new album, like the Cuban classics “Bemba Colorá” (one of Celia Cruz’s signatures) and “El Manisero” (arguably one of Cuba’s most recognizable song).

For Rubalcaba, it’s the energy the two artists create and how they feed off each other that he believes resonates with the public.

“When people talk about music, the word spirituality comes into play. There’s a language you have to learn . . . how to control, develop and perfect — and it’s that language that dominates when you are performing,” Rubalcaba says. “There’s a close relationship between what you do artistically and who you are as a person,” he adds. “The essence of the artist should be a reflection of what their life is.”

For both artists, the essence is Cuba and the music they grew up listening to and absorbing.

“It was very social and normal to have the doors and windows open and know what was happening in the neighborhood,” Rubalcaba recalls. “You knew what music the person across the street was listening to, or the neighbor to the left, the good and the bad, you could see everything that was going on.”

For Nuviola, the difficult decision to leave Cuba and her family, left an indelible mark in the emotional experience that her audiences get to see when she is performing. 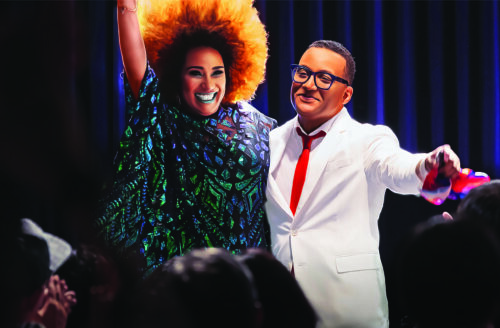 Nuviola’s journey to America included a 17-day stay in an immigration detention center at the United States-Mexico border.

She remembers it was 2004.  “(Former President) Ronald Reagan had just died, so there was a longer delay and I ended up in the immigration jail,” explains Nuviola, who now resides in Miami. “I remember crying so much when they told me I could go, both from sheer joy of leaving and sadness when I’d see the faces of those who had to stay. That experience made me appreciate things so much more and reinforced my faith in God even more.”

For both artists, Cuba, music and the bond they’ve forged over the years feed the energy they bounce off each other on stage.

‘’With Aymée you never know because she has this amazing ability to communicate with the public,” says Rubalcaba.” So, when we get together, there are so many different emotional transits the audience takes from retrospection to happiness. I don’t think there is room for sadness, but nostalgia yes, a lot of nostalgia.”

The Live in the Park fall concert series continues with Saturday night performances featuring La Descarga con Albita on Sept. 10, Cortadito on Oct. 15, Nestor Torres on Nov. 26, Tito Puente Jr. on Dec. 3, and New Year’s Eve in the Park with DJ El Russo and the Marlow Rosado Orchestra on Dec. 31.