Zoetic Stage kicks off with ‘The Wolves’ 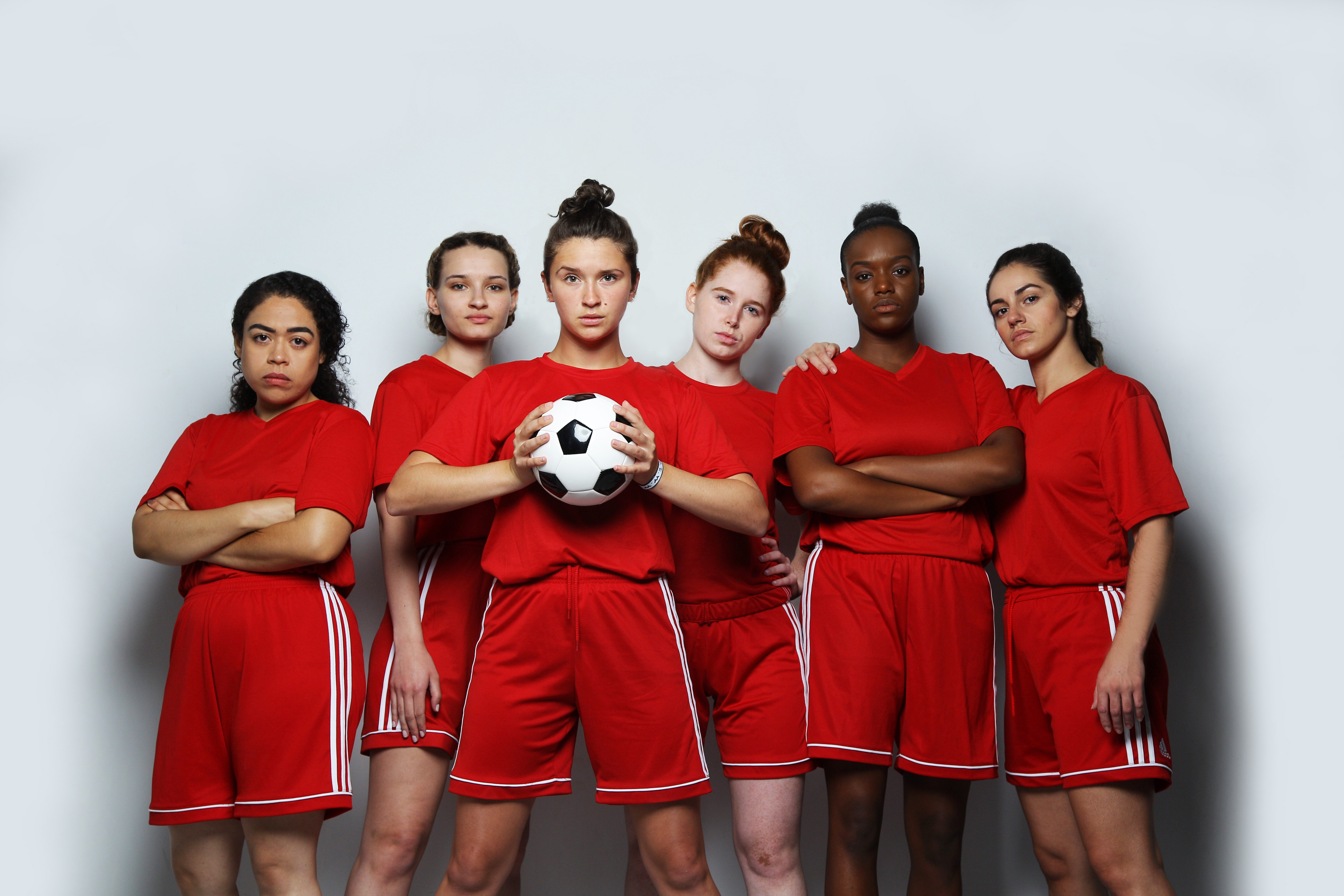 For high school girls today, navigating the last couple of years before graduation is both the same as it ever was and a journey through a sometimes-treacherous new world.

As always, these young women in their mid-to-late teens are figuring out self-identity, devising a future, working out relationships with friends, family and the people who capture their hearts. They’re juggling crushing class loads and extracurriculars, with their eyes on the dream school prize. Now, they’re also dealing with the addictive highs and dangerous lows of social media. Not to mention the fear of a potential school shooter sitting next to them in class.

This is the world inhabited by the members of the high school girls’ soccer team in Sarah DeLappe’s “The Wolves.”

A finalist for the 2017 Pulitzer Prize in drama, the first produced play by DeLappe (who hasn’t turned 30 yet) will launch Zoetic Stage’s 2019-2020 season as part of the Theater Up Close series in the Carnival Studio Theater at Miami’s Adrienne Arsht Center for the Performing Arts.

Women’s soccer hit another high over the summer when the U.S. Women’s National Soccer team captured the 2019 Women’s World Cup, following up that athletic triumph with a much-publicized demand for equal pay. More recently, four members of the Burlington High School Seahorses team in Burlington, Vt., got yellow cards when they pulled off their jerseys to reveal T-shirts with #EQUALPAY emblazoned on the front. The seasoned pros and the young players are talented, driven, expressive and motivated.

So are the characters in “The Wolves.”

“I try to make it my mission to include female voices in our seasons,” says Stuart Meltzer, Zoetic’s artistic director. “And with the success of our last season and plays like ‘The Curious Incident of the Dog in the Night-Time,’ there seemed to be a hunger for larger-cast plays.

“This is a journey in six scenes of these nine young women. When I read it, I saw nine young women that I know. It’s really about how young girls see themselves … the audience is seeing real life unfold on-stage.”

Coming in at No. 22 on a New York Times list of the 25 best American plays since Tony Kushner’s triumphant two-part “Angels in America,” “The Wolves” isn’t simple to stage. Set designer Natalie Taveras has supplied an indoor soccer pitch, creating a traverse playing area with the audience on each of the two longer sides. The characters do stretches and drills as they speak, and at times have noisily overlapping conversations.

Laura Plyler, who plays No. 25 (the team’s captain), says with a smile, “I’m recommending people see it twice, so they don’t miss anything.”

In the script, instead of character names, the players are identified by jersey numbers. The names of a few of the girls are mentioned, but most of the actors in the cast made up names and biographies for their characters, the better to contextualize the lives of the teens they’re playing. Sometimes, a bit of soccer goes on, similarly to the basketball that was played in M Ensemble’s Carbonell Award-winning “Kings of Harlem” in 2017. The words and movement are like an intricately choreographed dance requiring split-second timing.

In addition to Plyler, the young actors in the cast include Caitlyn Meagher as No. 46, an odd-woman-out newcomer; Katherine Burns as defense player No. 8; Paloma Leite as No. 13, a midfielder and stoner; Rachel O’Hara as No. 14, also a midfielder; Cynthia Bonacum as midfielder No. 11; Harley DelCogliano as No. 7, a striker; Tuesline Jean-Baptiste as No. 00, the nervous goalie; and Lisa Naso as defense player No. 2. Elena Maria Garcia plays a soccer mom with scant stage time, a woman who nonetheless has a huge emotional impact on the team.

The majority of the actors either grew up in Miami, attended the New World School of the Arts, or both. Few played soccer before getting cast – soccer coach Gerard Williams has been helping the actors after traditional rehearsals – but some played other sports or trained as dancers.

“I only danced growing up, so it’s cool to get into sports in this way,” says Burns, whose mother Mary Lisa Burns is dean of dance at New World. “Dance training helps you have control over your body and know where people are in space.”

Katherine Burns sees the play, as its author has, as “a classic going-to-war story, but for young women. It’s a complete story, physical and intense, but it’s one that doesn’t revolve around boys.”

Leite, a New World grad whose family is Brazilian and Peruvian, is among the few cast members who have played soccer before, and her father was a boys’ soccer coach. She finds the characters in the play contemporary and convincing as they struggle to make sense of the world.

“All of them are going through a lot. We underestimate girls today,” Leite says. “These girls are talking about growing up, genocide, putting kids in cages, breaking out into the world. Kids are growing up very fast. In the past, everyone was connected. We’ve lost that. With social media, we don’t make eye contact. There’s a disconnect, a lack of empathy.”

Plyler, a Florida State University graduate with dance training, has a father who coached baseball and football. She believes the girls in “The Wolves” are very much worthy of attention.

“There’s a lot to be said about traditional ‘high school girls’ plays. Often, the girls are not respected,” she says. “These girls are intellectual. They’re very much up to date with culture. Their emotions go from such a high to such a low. Yes, their brains are still developing. But they’re still voices to be heard, regardless.”

O’Hara, who graduated from New World in May and was part of Zoetic’s “Curious Incident” cast, grew up playing softball. The stretching sequences in “The Wolves,” she says, feel familiar and realistic.

“When we’re stretching, that’s the time to gossip. When we switch legs, we switch topics,” she says. “The show is just so exciting and exhilarating. These are strong, young women who are getting things done.”

Of Meltzer, who directed her at New World and professionally, O’Hara observes, “He’s good at finding balance in the moment, so that things aren’t too heavy or too light. He picks out the little details that the audience needs to know.”

Meagher graduated from Miami’s all-girls Carrollton School before going to college in Vermont (where she played intramural soccer), then moving to New York. She spent time over the summer visiting soccer parks to practice using her feet and knees to juggle the ball, sometimes striking up conversations with players. In its rhythms and intricacies, she says, the play is “like a piece of music.” And she appreciates how DeLappe depicts the characters.

“In so many movies and in pop culture, high school girls are either mean girls or outsiders. This shows the triumphs and fears of these young women navigating a scary world,” Meagher says.

Meltzer observes that, for all its intricacy, “The Wolves” is “a really unpretentious play. Sarah has tried to show these girls as real, without commenting on that.”