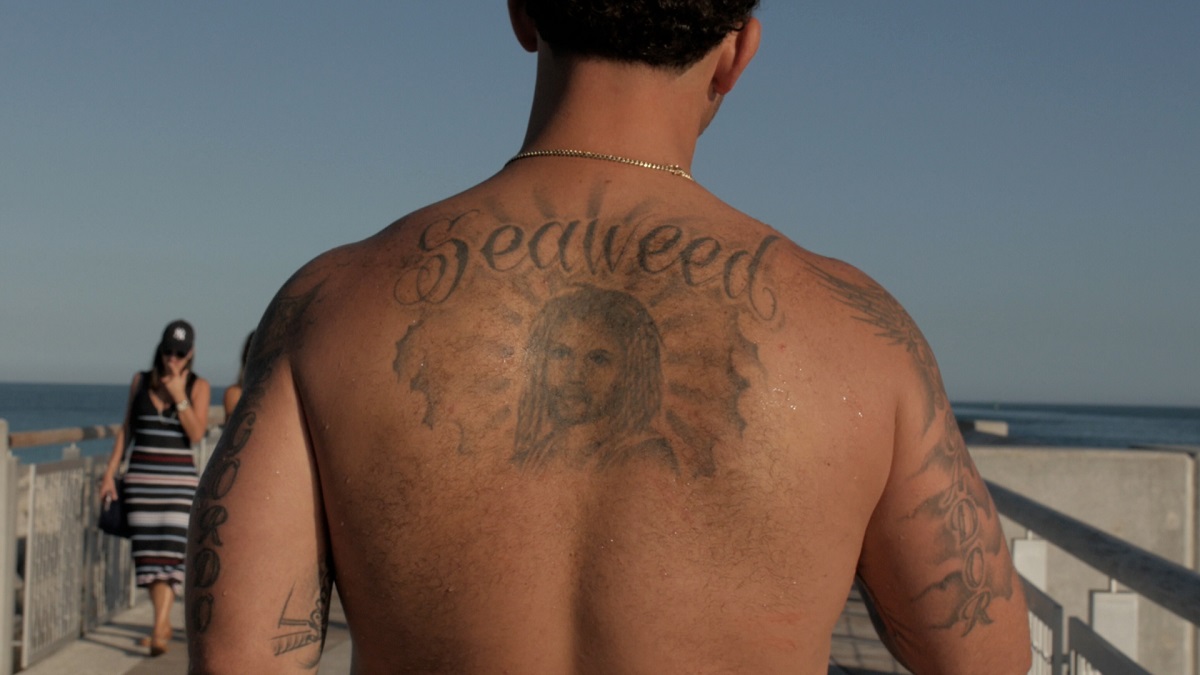 Robert Requejo Ramos introduces the shark hunters of 1970s Miami Beach in his documentary, “South Beach Shark Club: Legends and Lore of the South Florida Shark Hunters.” Ramos focuses his lens squarely on true-life stories of a group of guys who lived to fish for shark — and one legend in particular whose obsession is, excuse the pun, a whale of a tale.

Rachelle Salnave’s “Madame Pipi” takes place in the present-day and introduces moviegoers to the lives of bathroom attendants working the nightclubs of South Florida. The film shows women of Haitian descent toting rolling luggage full of perfumes, hairsprays and candies to set up in the restrooms. They work only for tips. Most, if not all, of their money is sent to Haiti to help their families.

The two South Florida-based films join 16 others in a juried competition for the Knight Made in MIA Award, which is supported by the Knight Foundation and has cash prizes of $30,000 for first prize, $15,000 for second prize and $10,000 for third prize. The criteria for the category is that a substantial portion of the film’s content (story, setting and filming location) has to be from South Florida and use “its story and theme for universal resonance.” 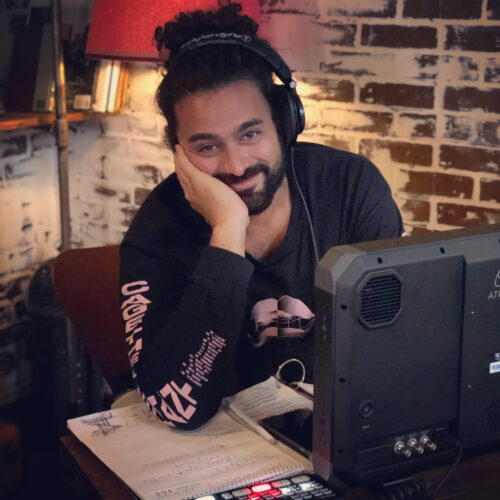 South Florida is, without a doubt, a character in both Ramos and Salnave’s movies.

Ramos grew up on Miami Beach — “born and raised,” he says. His uncle was a member of the South Beach Shark Club and appears in the movie.

“When I was a kid, I had it in my head that it would be cool to do some kind of origin story like a ‘Dogtown and Z-Boys,'” Ramos said, referring to Stacy Peralta’s documentary about the famed Zephyr skateboard team circa 1970 in Venice, Calif.

As a film major at Miami Dade College (MDC), Ramos kept going back to the idea. “I felt a calling to tell the story. Like, if I didn’t do it, it would go unnoticed or disappear.”

In 2017, he completed the short film, “Rene De Dios and the South Beach Shark Club,” while at MDC and won the Miami Film Festival’s CinemaSlam competition in 2018.

But he went back to the topic because, “to be honest, I always thought of it as a full-length feature,” he says.

The 107-minute documentary showcases the eccentric group that make up the South Beach Shark Club and the legendary De Dios, who Ramos says was larger than life.

“It is the story of an off-the-rails obsession,” he says.

However, there’s more to this film than that obsession. He casts a wider net than that. It’s a character study of those who spent their days on the old First Street Pier tossing fishing lines into the ocean.

“I wasn’t out to glorify shark fishing. It is more of an anthropological study of these people,” he says. “More than anything, I wanted to tell a story that happened before the ‘Cocaine Cowboys.’ The old Miami Beach, the characters there.”

He wanted to “put something out there that would preserve that era.”

As the film shares, the eventual demolition of the First Street Pier changed the lives of the close-knit group whose very existence revolved around that sanctuary.

“Miami is on the map right now with so many people moving here from other places. Hopefully, people take an interest in the film and want to learn something about this sleepy little beach town and how it became the crazy place it is now,” Ramos says. 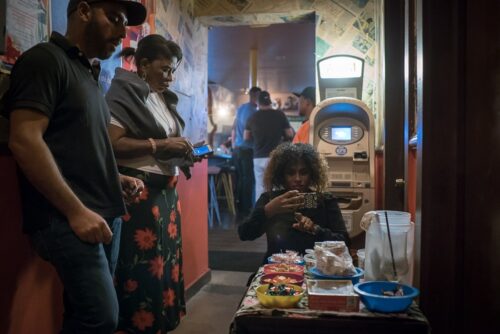 Salvane’s film sheds light on a different side of Miami Beach.

On a visit to Paris, the Haitian-American filmmaker learned about “la dame pipi,” women who keep restroom toilets clean. (If you’ve watched the Netflix show, “Emily in Paris,” there’s a lesson in the trade of “la dame pipi” in the first season.)

For Salvane, it took on a different meaning when she discovered Haitian bathroom attendants working in the nightclubs of Miami.

“Being in Miami and being more aware of my Haitian identity, I’m going into these bathrooms, and it is such a juxtaposition. The crazy wild women from the clubs, the raunchy music and then you have these older women, some in their 50s, some 60s and older. They are sitting there and reading their Bibles. They are praying and singing hymns, they are on their phones with family from Haiti. I saw these two worlds converging, and I found it fascinating,” she says.

Then in January 2018, there were reports that President Donald Trump had referred to Haiti and African nations as “sh**hole” countries. It struck a nerve with Salvane.

“These women work in sh**. They have to clean up sh**. But yet the tips they make contribute to more than one-third of the GDP in Haiti,” Salvane says. 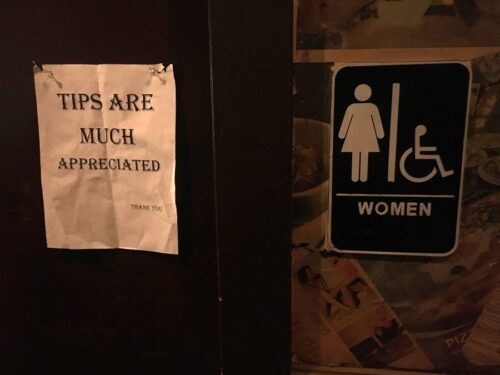 Salvane says she teamed up with another local filmmaker, Jayme Gershen. to make her 25-minute documentary, “Madame Pipi.”

“We would go into the different bathrooms from Broward to Miami-Dade counties, up and down Collins Avenue, as many clubs that would allow us to go in,” Salvane says.

Among the women she discovered was Darline Francoeur, originally from Cap-Haitien, who calls it a “volunteer job” because the club doesn’t pay you, “you work with the customers and the customers pay you.”

Then there was Jacqueline Benjamin from Labadee, who returns to her bathroom attendant job wearing a mask and a face shield after COVID restrictions are lifted.

“Before I go, I put God in front of me,” she says in her native language. “God will help me with all the precautions because he sees I am not there for pleasure or for dancing. I am not going there to celebrate anything.”

Salvane says some of the women were hesitant to tell their stories.

“Many of them are conservative. They love to talk all day, especially if you tip them, but when you turn on the camera or the microphone they are like, ‘No way.’

After spending time with them, they began to trust her.

“They all come from different backgrounds, but they all symbolize for me this universal theme – of what happens when you have to migrate to another country and do what you have to do to feed your family.”