“Tools of the Game” plays Under the Bridge 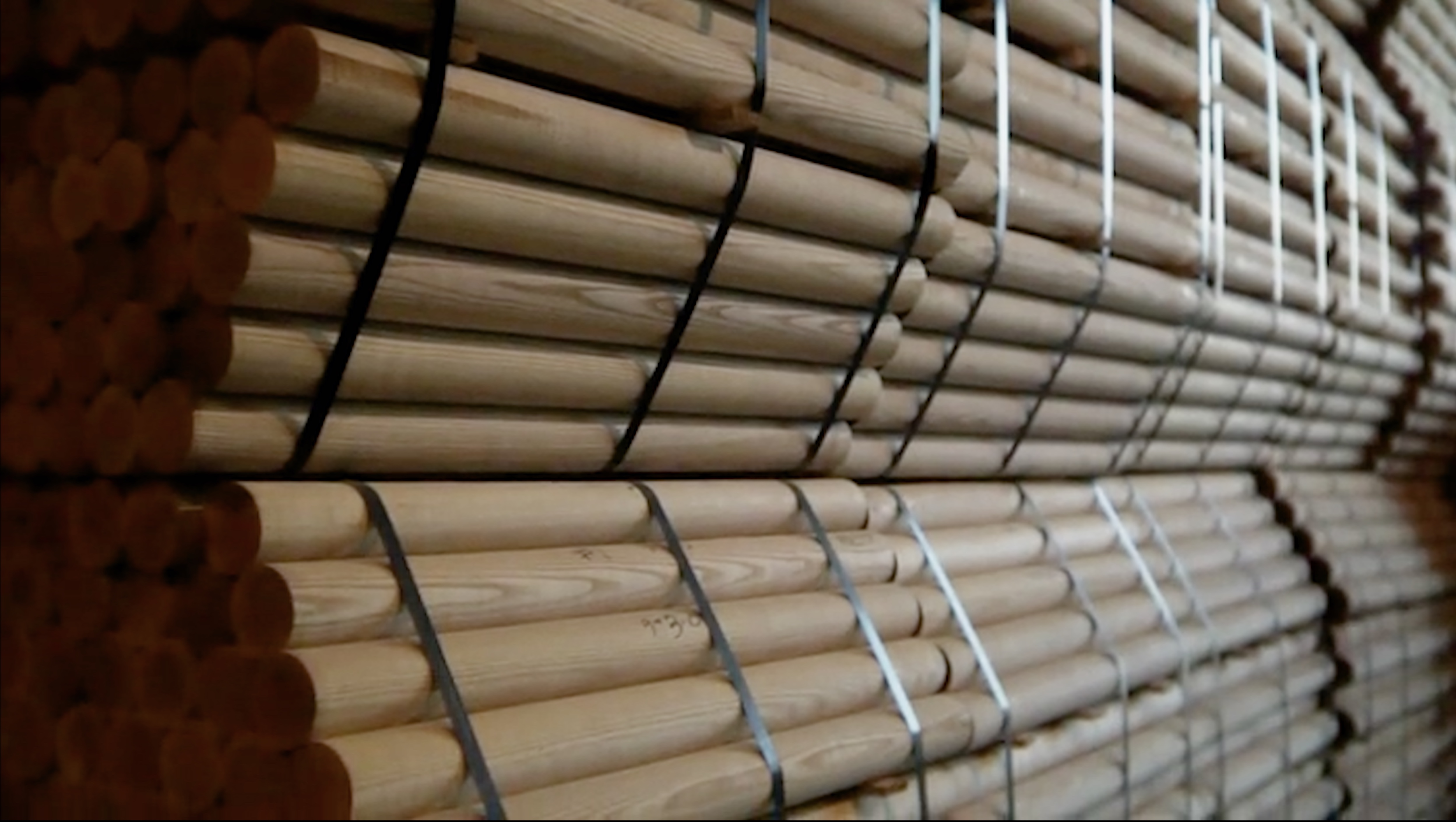 Currently screening at Under the Bridge exhibition space in North Miami is the twenty-minute documentary, “Tools of the Game,” co-produced and directed by local filmmakers Dennis Scholl and Marlon Johnson. Their ingenious approach bridges genres: conceptually experimental, but grounded in “America’s favorite pastime.” Commissioned by the Louisville Symphony, its score is Claude Debussy’s impressionistic 1913 “Jeux” (Games), while its subject is the manufacturing of America’s iconic baseball bat, the “Louisville Slugger.”

In a recent interview, Scholl provided the backstory. Growing up in Miami during the 1960s, he was an avid James Bond fan. He even took a film history class in college. But, “filmmaking was – and remains – terrifying to me,” he said. “So much can go wrong.” As a business entrepreneur, art collector, and former Knight Foundation Vice President of the Arts, he was an administrator and patron – not a maker of art. Lou Anne Colodny, founder-director of Under the Bridge since 2011, and herself an artist, quipped, “Every collector should have to create a piece of art and put it out before the public – to see what it feels like.”

Scholl took that step about ten years ago. Watching Aretha Franklin sing at President Obama’s first inauguration ceremony, he was captivated by the “bad-ass” felt hat she wore and speculated there must be a film-worthy story behind it. A month later, intrigued by the elaborate hats worn by black church women attending a Knight-sponsored Sunday gospel concert, he phoned Miami filmmaker Marlon Johnson and suggested, “We should film this.” Johnson agreed, and they co-produced (with Chad Tingle) a 7-minute film that celebrates this worshipful tradition within the black church. “Sunday’s Best,” received film circuit acclaim – including at the prestigious Aspen ShortsFest. Scholl fell in love with the process of creating documentaries, where his team-building and research skills are major assets. He regularly collaborates with Johnson, who runs his own production company, and they’ve co-created about 20 culture-themed films, including the feature length “Deep City,” produced in association with WLRN, which revisits Miami’s vibrant 1960s soul music scene. They’ve also accrued a collection of regional Emmys.

Johnson contributes creative vision, shooting and editing skills. According to Scholl, “he also makes the trains run on time.” Scholl usually conceives the general story concept, and they collaboratively hash out the sequencing of sound and visual “assets” – whether archival or filmed by their own crews. According to Johnson, “Dennis has more of a type A personality, and I am more a type B.” That contrast “stretches the vision.” Independently, Johnson has focused on cultural subjects, but additionally on gentrification issues and HIV in the American south. He is now completing a film with California-based Owsley Brown Presents about an after-school community drum corp that serves as solace and inspiration for young men and women. 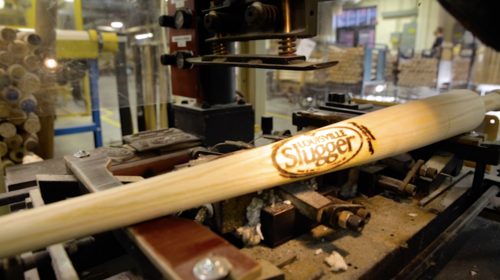 Commissioned by Louisville Symphony director Teddy Abrams to accompany a concert of Debussy’s “Games,” Scholl and Johnson were given free rein to select a subject that could complement the fickle moods and timing of the music – better appreciated now than in its day. For the premiere, Abrams would be conducting the symphony, while the film screened overhead – a high wire act.

Cut to the editing bay…

Contrary to scoring norms, in which musical selections are cued to the moving pictures and stills, the priorities were flipped. “Here’s the music,” Scholl summarized, “now go and make a film in service to it.” Working with classical music was a welcome challenge for Johnson, and this is a capricious composition. Scholl says he listened to it about 50 times before convening with Johnson and Abrams in Louisville. Eventually, they chose as “muse” the dramatic transformation of standing trees into Louisville Slugger baseball bats. What better draw for local audiences!

The partners were surprised to discover they could produce the entire project interweaving vintage film and stills from the Louisville Slugger Museum and Factory archives – plus stock sources. “We wound up not shooting an inch of film,” said Scholl. Once we got onto the baseball bat idea, “we simply were willing to let the baseball diamond serve as a kind of ballet.” 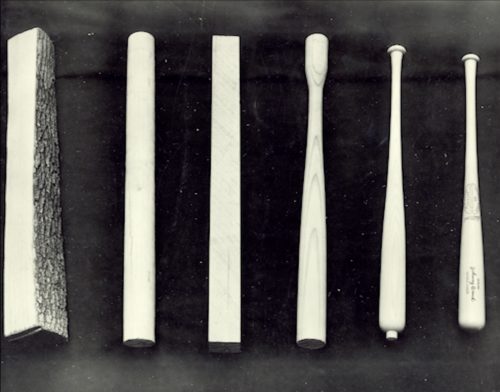 Visually, the film is modeled after an avant-garde 1924 French Dadaist film “Ballet Mécanique,” but “Tools of the Game” is grounded in a logical storytelling narrative from raw logs to drying, “coring,” rough and fine shaping on spinning lathes, branding the logo and dip painting certain bat models.

Rather than starting with falling trees, as originally planned, the film opens with about two minutes of softly-lit woods and meadow. Deer amble, owls smooch, and the score, beginning gently, builds tension, until audiences view – but don’t hear – chainsaws cutting into a tree. Next comes black-and-white footage of lumberjacks rhythmically wielding axes and bowsaws. The toppling trees respond to a fairly dramatic moment in the score, but despite the often turbulent musical passages, the orchestration of stills and moving images assumes the generally languid pace that Scholl and Johnson favor. Don’t look for MTV production values.

The creative partners initially intended to synchronize the moving images, stills and zooms with the often jumpy tempo and melodic acrobatics of Debussy’s score. They soon realized the brain creates its own intuitive associations between sight and sound. “We want to move the viewers through the film, but not drive them through it,” Scholl noted.

The manufacturing process unfolds with neither voiceovers nor text. “You can sometimes break convention, as long as you give your audience something else to hold onto in its absence,” said Johnson. Sequences of famous players swinging bats; cheering crowds, spring training exercises, umpire haggles, and other elements take on a waltz-like cadence in the late movements. No spoiler here: the film must be seen to its full dénouement.

Scholl says his experience with “Tools” has profoundly impacted his appreciation of how music can drive the film experience. “Singular,” a tribute to the extraordinary Miami-based jazz singer Cécile McLorin Salvant, premiered this spring, and among several films in production is a profile of pioneering photographer/model/entrepreneur Bunny Yeager, who made Miami her home. “I’m spending a lot of time thinking about surf rock from the 60s, because Bunny was a cool, pop, contemporary woman,” Scholl said. It will join an extensive film series based and presented locally. “The community loves it when we tell their stories, he concluded,” and that, for me, is the greatest joy of doing it.”

Upstairs at Bridge Red is “Concrete Jungle: Narrative of Presence,” an exhibition curated by William Cordova.