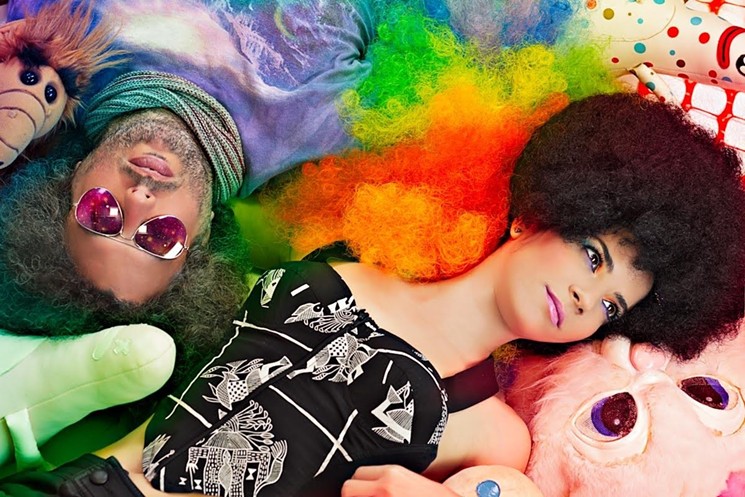 South Florida theater fans know Caleb Scott best from his work as an actor, for his Carbonell Award-nominated performance as a man on the autism spectrum in Zoetic Stage’s moving “Dancing Lessons” and as a memorable Renfield in the company’s “Dracula.” His longer acting résumé includes roles at theaters around the country, plus work in television and movies.

But Scott is also a successful writer, novelist, filmmaker and playwright. In that last role, he has created “TOBI or the Memory Machines,” a full-length performance piece mixing music, video, monologues, sound design and narrative storytelling.

“TOBI” (the letters stand for Temporally Omniscient Body Incarnation) will premiere this fall in a workshop presentation at the Bridge in Miami. First, on March 9 from 8 p.m. to midnight, an eclectic kickoff event will feature local bands, drag performances and a sneak-peek preview of the show.

The play centers on Grant, a frustrated musician who travels back and forth in time trying to reconstruct a song from his childhood. TOBI, an artificial intelligence, creates Grant’s world and aims to understand what it means to be human.

Musical acts at the kickoff party are Afrobeta as the Memory Machines, Haute Tension and Shira Lee. Drag performers will be announced, and the preview of “TOBI” will be performed live, featuring many of the tech elements to be used in the full production. The evening will be emceed by Scott and Jessica Farr, who is producing and directing the piece.