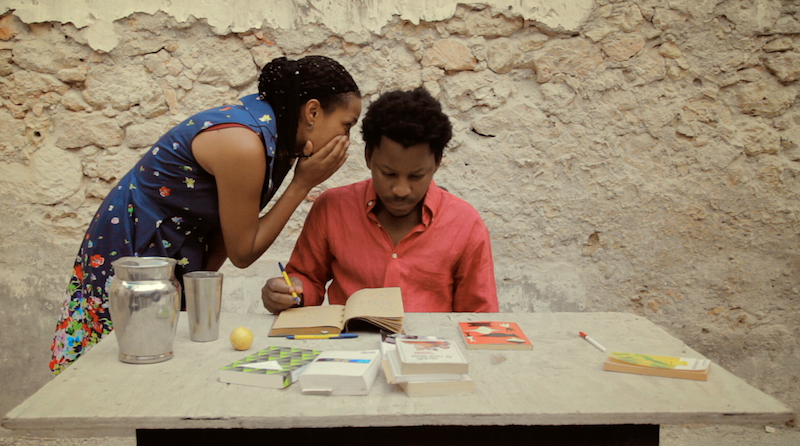 Jason Fitzroy Jeffers has made a mark on Miami in more than one arena. He began as a journalist, writing on city life and culture for local publications including the Miami Herald and Ocean Drive. He later performed and recorded music under his middle name, Fitzroy. And more recently, he founded arts media group Third Horizon as a catch-all container for projects promoting Caribbean art, culture and ideas.

Born in Barbados, Jeffers has a particular fascination with the Caribbean and his work has increasingly engaged with issues particular to the region. Now, with founding partners Robert Sawyer and Keisha Rae Witherspoon plus the backing of other organizations including the Knight Foundation and the New York-based Caribbean Film Academy, Third Horizon is launching a major Miami-based film festival.

The Third Horizon Caribbean Film Festival opens on September 29 at O Cinema in Wynwood. The program includes full-length and short films produced in the Caribbean and some from Britain, home to a large diaspora population.

In August, as most of Miami was sedated with the haze of summer, he was busy sorting through film submissions. We had a chance to speak with him about his vision for the festival and his attraction to the islands.

What is the first film project you worked on?

Papa Machete, a short film about an aging farmer in the hills of Haiti who is a practitioner of this martial art, which is a [mix] of African stick fighting and European saber fencing [directed by Jonathan David Kane]. It was released in 2014. We premiered at the Toronto International Film Festival and it went on to Sundance. It’s been a surprising and welcome success. It’s gone on to play over 30 film festivals around the world, which is pretty rare for a Caribbean short film, pretty rare for a Caribbean film in general.

What was the motivation to start a Caribbean film festival?

The initial challenges of getting Papa Machete out there made me realize that there needed to be a platform for critical appreciation of film coming out of the Caribbean. I personally think that the stories of the Caribbean are in many ways prognostic for the rest of the world, for Western society specifically, that is really grappling right now with issues of diversity and what it means to have a metropolitan society.

There isn’t even a single Caribbean — the history of colonization has made it such that people from all cultures and races have been through this region and have created this kind of kaleidoscope of colors and cultures and sounds and flavors that you don’t quite see anywhere else in the world to that degree.

What is your attraction to film as a medium?

I feel that film is unique among the art forms, because it folds everything else into it. I call it an “empathy bullet.” You can see a film about somebody on the other side of the world, somebody who you might have had no understanding and appreciation of, whatsoever. And then all of a sudden, through watching this film, you understand that person’s humanity with a depth and insight that you did not possess before. And I don’t say that to belittle any other art form. But I do think the immediacy of film is something that is really powerful in this current age.

Have you seen more films coming out of the Caribbean recently?

Up until now, it’s been very difficult to make a film. It’s a collaborative medium—you need people in front of the camera, you need a lot of people behind the camera, you need people after the film has been made, to edit it and process the sound and fix the color, and edit. So it’s very difficult and very costly to make film. But not as costly as it used to be, thanks to digital filmmaking, it’s cheaper than ever to make a film. And so people in places where films might not have been made before are now able to make film.

What types of films are you most excited about for the festival?

We’re interested in films that are very authentic to the country they are from, but understand how to tell a story in a way that anybody can relate to it, without sacrificing any authenticity. That can be a very difficult line to walk, but great filmmakers do it all the time.

Are you thinking about a particular audience?

Yes and no. Of course you do wonder, just how many other people are out there who want to see these kinds of films? But I think it’s both about bringing together an audience and creating an audience. There hasn’t necessarily been a space to watch these types of films. And you could make a great film from Guadeloupe or Curaçao, but because proper distribution isn’t in place, that film might never get seen by an audience outside your home country. It doesn’t get shown or celebrated or discussed within the independent film community, which includes people both from the Caribbean and outside the Caribbean. So it’s about celebrating these films in the right kind of space.