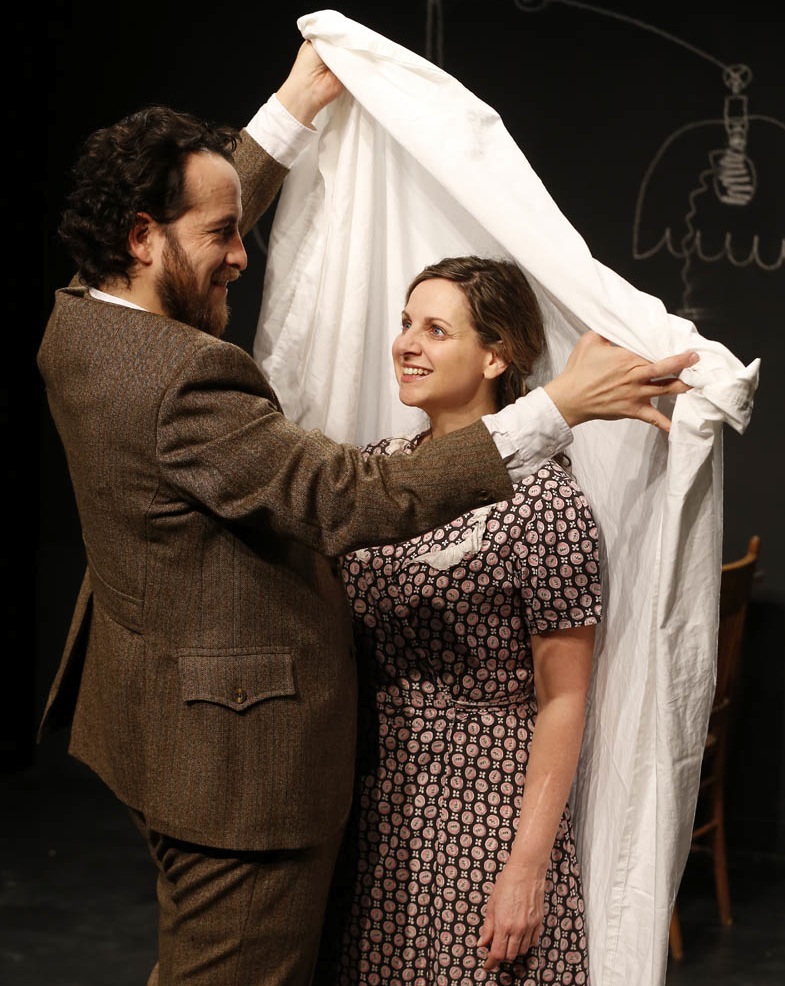 What do you say when your 12-year-old tells you she’s afraid Donald Trump will be the next president of the United States? You would like to say it’s impossible that a xenophobic misogynist, who has never held political office, has a chance of being the next president. When she adds that Trump seems like the kind of person “who makes nice people say mean things,” you realize that hers is a euphemistic, but fairly accurate description of how fascism turns people against one another.

Like a young person’s questions, good theater has the potential to upend our complacency and see the world from a new angle. Miami New Drama’s production of A Special Day, which had a brief run last weekend, did just that. It reminded us that fanaticism, especially in its early days, can seem benign, especially when it hides behind the façade of patriotic fervor. This chilling truth is carefully rendered, but abundantly clear in a story about a dissatisfied housewife, Antonietta, and her homosexual neighbor, Gabriel. The intimate relationship that unfolds between the two is complex and moving, and despite their differences, a true friendship forms against a backdrop of cruelty and prejudice.

It is Rome in 1938 and Hitler is visiting Mussolini. Historically, this became a pivotal moment in German-Italian solidarity, an alliance that in many ways sealed the spread of fascism throughout Europe. Based on Una Giornata Particolare by Ettore Scola and Ruggero Maccari, and adapted by Gigliola Fantoni, A Special Day was adapted and translated to English by Danya Taymor, Ana Graham, and Antonio Vega. Mexican actors Graham and Vega direct and perform the roles of Antonietta and Gabriel respectively.

When Antonietta’s bird flies to Gabriel’s window and she rings his bell, a literal and metaphorical door opens, inviting each character to confront a more complex vision of self. For Antonietta, who once fainted when Mussolini galloped by on a horse, that means facing her unhappiness and sense of inferiority as a woman married to a fascist, controlling husband. Gabriel, an outcast, who has already been kicked out of his job as a radio announcer for being “subversive,” must open up to Anonietta and risk the possibility of rejection.

From the outset, the actors break through the fourth wall. They change into their costumes on stage and address the audience from the point of view of performers, saying, “Let’s all imagine we are Italian.” The set’s black walls serve as enormous chalkboards, where the actor’s draw the set’s props as they perform. A window is drawn and then opened. The actors sketch out a birdcage, a telephone, and even smoke emanating from an imaginary cigarette as the story unfolds.

Graham and Vega possess impeccable timing and coordination. They are also adept at creating the voices of noisy children, a gossipy porter, and numerous sound effects. This inventive staging provides much needed levity to the play’s heavy themes.

Miami New Drama debuted last winter here in Miami with the acclaimed The Golem of Havana at the Colony Theatre, and this is the second outing. Artistic director, Michel Hausmann, explained this show’s relevance: “Precisely because of the current political climate we decided to produce this show now. Trump won in Florida, and he won big. His rhetoric scares us, and we feel a duty as artist to be a part of both the national and local conversation.”

What are our answers to our children’s important questions – silence? Theater? Activism? Graham and Vega strip away their characters’ defenses with humor and nuance. Theater may not be the answer to the world’s problems; however, A Special Day reminds us that history is made up of moments, and moments are opportunities to exist as fully in our humanity as possible – or to ignore it.