George Taylor as Coy in Carlos Miller’s “Between Sins” getting its world premiere at the American Black Film Festival. (Photo courtesy of Carlos Miller)

“It feels wonderful to be back in person after being virtual for the past two years,” says Jeff Friday, the founder of the American Black Film Festival (ABFF).

The American Black Film Festival is returning to Miami Beach after going virtual for the past two years. It will be a hybrid event. From Wednesday, June 15 to Sunday, June 19, the festival will be presented live while a virtual version continues from Monday, June 20 to Thursday, June 30.

“The community of Miami Beach is critical to the festival’s success. The virtual festival was fantastic since it helped us extend our brand, but we sadly missed out on the chance to get together and celebrate movies in a beautiful location like Miami Beach,” says Friday. 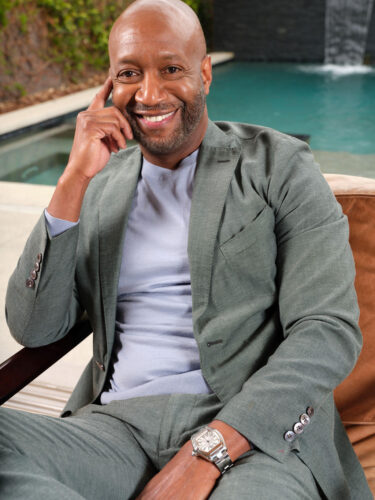 Jeff Friday is the founder of the American Black Film Festival (ABFF). (Photo courtesy of ABFF)

The American Black Film Festival, now in its 26th year, was founded in 1997 by Friday after he attended the Sundance Film Festival and noted its lack of diversity. “It was mostly white men, with very few women and people of color at that time,” he recalls.

So, with the help of advertising CEO Byron E. Lewis and film director and producer Warrington Hudlin, Friday came up with the idea of creating a festival comparable to Sundance, but with content showcasing Black culture around the world.

They launched what was known as the Acapulco Black Film Festival until the name was changed in 2002, providing a platform for Black filmmakers to connect, network, collaborate, and celebrate their work.

For the first five years of the festival, from 1997 to 2002, the festival was held in Acapulco then arrived in Miami in 2003 at the invitation of David Whitaker, who is now the president and CEO of the Greater Miami Convention and Visitors Bureau, according to Friday. At the time, Whitaker was working as a member of the GMCVB team. He was appointed president and CEO in 2021.

“Miami Beach has the same desirable elements (as) Acapulco: It is tropical, the weather is fantastic, and so is the food; Miami Beach has upscale restaurants and hotels, and most significantly, it is more accessible by plane and car,”  says Friday. “Since we’ve been in Miami, we have on average 7,000 people each year who come from all over the country.” 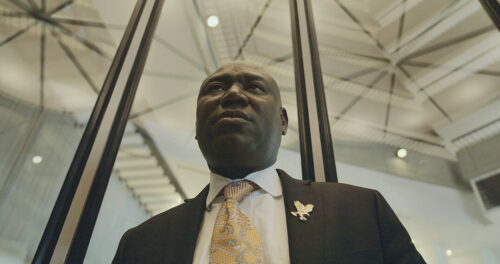 According to Friday, festivalgoers can expect offerings from major studios and television networks as well as 50 new movies and television series by emerging directors and writers. Films, including narratives, documentaries, and shorts, are a diverse selection, promises Friday.

“Our mission is to promote the work of new people, to showcase new talents, new voices of color,” says Friday.

The festival opens with “Civil” at the New World Center Performance Hall, directed and produced by Nadia Hallgren known for her Emmy-nominated documentary “Becoming” and the Academy Award shortlisted “After Maria.” The Netflix biographical documentary offers an intimate look at the life of Ben Crump, who has become a high-profile civil lawyer representing the families of Ahmaud Arbery, Trayvon Martin, George Floyd, and Breonna Taylor.

As a Florida-based festival, moviemakers from The Sunshine State are featured, too. Carlos Miller’s film, “Between Sins” was selected for the festival.

To Miller, the benefits of such a festival are “the concentration of the quality of eyes that can identify with these stories (and) the opportunity to immediately have access to the people these films are intended for.”

Miller’s movie is competing in the narrative features category with nine other selections on Thursday, June 16, Friday, June 17 and Saturday, June 18 at the Regal South Beach cinemas. Miller’s screens at 10:30 a.m. on Friday, June 17.

“It’s a luxury not to have to search for your audience or look here and there for people that will get it. It’s like fishing and pulling out a full net. You know you’re in the right waters.”

The ABFF also highlights TV and streaming shows from Miami such as the HBO series “Rap Sh!t: Something for the City” a show set in The Magic City, written and executive produced by Issa Rae. Yung Miami and JT, the Miami duo behind the popular rap group City Girls, are co-executive producers on the series, which is the closing night screening on Saturday, June 18 at 6 p.m. in the New World Center Performance Hall. 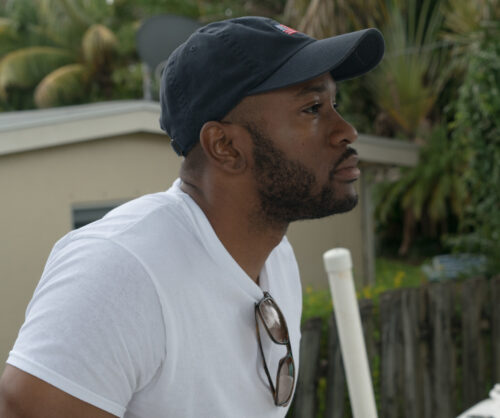 South Florida filmmaker Carlos Miller whose film “Between Sins” will have its world premiere at the American Black Film Festival. (Photo courtesy of Carlos Gonzalez)

Actress and director Rae is this year’s festival ambassador for 2022, following in the footsteps of high-profile ambassadors over the years such as Halle Berry, Idris Elba, Taraji P. Henson, and others.

While the pandemic restricted the live interaction of the festival, Friday says organizers learned a few things. They built a custom streaming platform called ABFF Play to keep the festival going during the pandemic. He says it has since allowed them to extend their brand and grow their audience around the world.

“We had attendees from more than 90 countries online from Europe, Asia, Middle East, South America, and Africa.”

For this reason, organizers have decided to keep the virtual component that will launch and run for 10 days after the live festival.

“Before that, we thought of ourselves as a domestic brand catering primarily to African Americans, but we realized we were a global brand during the pandemic,” says Friday.

(Some COVID requirements in place. At the time of check in to the festival, all attendees are required to present documentation of a negative PCR or rapid antigen test taken within 72 hours of your arrival. Masks are strongly encouraged for all indoor events.)