South Florida’s push for theater art and relief goes on 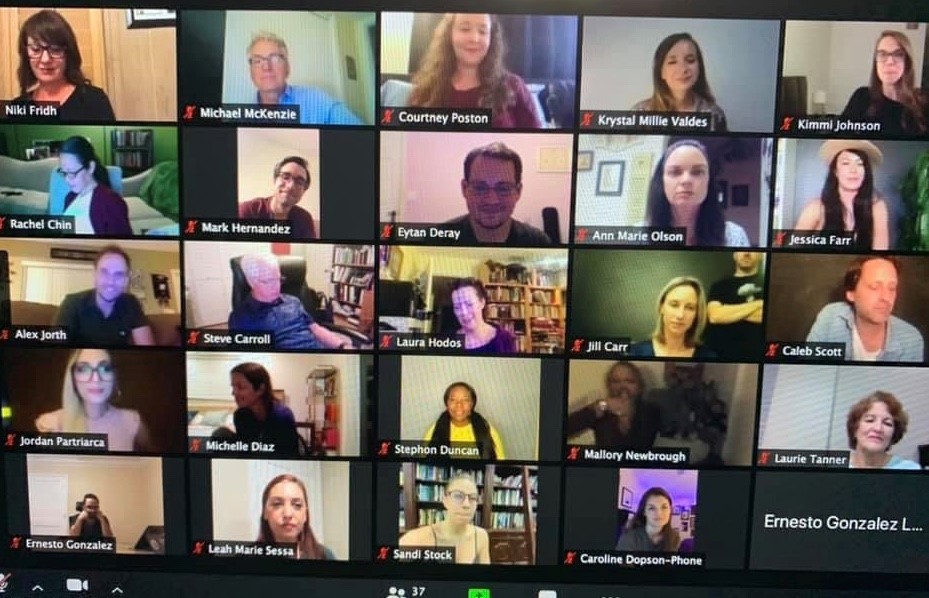 It’s mid-April, a month into isolating at home, and South Florida’s theater artists and companies are busily engaged in virtual programming, classes and relief efforts. Here’s a roundup of initiatives, some new, others ongoing.

Theatre Lab’s Online Original Monologue Festival (#OOMF) in March was a hit, so now the Florida Atlantic University company is planning a slightly different April edition of its virtual effort to help the region’s theater artists.

The first festival raised more than $4,000 in direct-to-artist contributions and more than $1,000 for the South Florida Theatre League’s Relief Fund, which now totals more than $7,000. The second iteration of #OOMF will also encourage contributions to the league’s fund, but its primary purpose is to help those considered unsung, behind-the-scenes theater heroes, such as stage managers, technicians, designers, administrators and box office workers.

Matt Stabile, Theatre Lab’s producing artistic director, has just announced details of the festival’s second edition, with the first deadline coming up at 10 a.m. April 15 when those wishing to be a a beneficiary need to apply via the company’s Facebook page or send an email to theatrelab@fau.edu. Beneficiaries will be featured on Theatre Lab’s Facebook page in the leadup to the festival.

Playwrights will then write pieces on the broad theme of heroes, and actors will perform the original stories, monologues or two-character, three-page scenes.

“We’re looking for writers from Jupiter to the Keys, because we all work throughout the area,” Stabile says.

Among the workshops offered, there will be a scene-writing session on the Facebook page at 12:30 p.m. and 7 p.m. April 16. Previous online workshops on elements of storytelling and crafting a monologue are still available on the page.

Submissions of material to education director Jill Carr at carrj@fau.edu must be received no later than 10 a.m. April 20. The event will be livestreamed on Theatre Lab’s Facebook page at 7:30 p.m.  April 27, and those watching can make direct contributions to the featured heroes.

For more information, go to facebook.com/theatrelabfau. 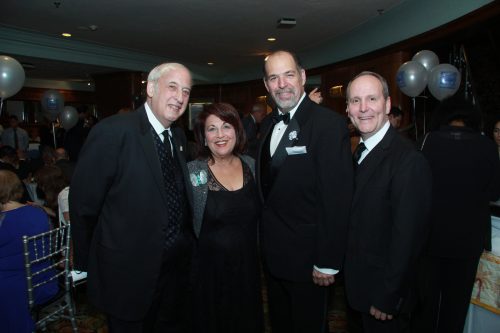 Actors’ Playhouse at The Miracle Theatre in Coral Gables has launched a program titled, “Stories That Connect Us All.”

The company is asking writers from Miami-Dade, Broward, Palm Beach and Monroe counties to create pieces about this unprecedented moment in time, either as a monologue or a third-person story (no multi-character pieces will be accepted). Each piece should run under eight minutes.

Deadline for submissions is May 1. Writers and actors expect to perform the selected pieces at a public event in The Miracle’s Balcony Theatre once it’s safe to gather again.

For more information, go to actorsplayhouse.org and click on “Stories That Connect Us All.”

For more information and registration, go to actorsplayhouse.org and click on “Theatre Classes.” 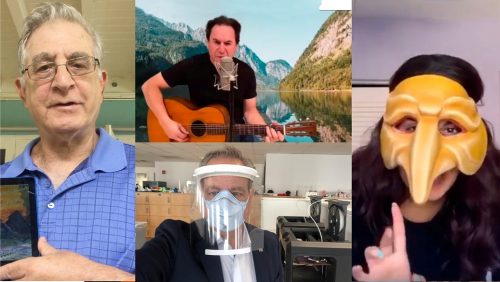 The Department of Theatre at Florida International University has created a program titled, “60 Second Somethings for Seniors.” And in this case, “seniors” doesn’t refer to soon-to-be graduates but rather to senior citizens isolated in places such as nursing homes, independent and assisted living facilities, and Veterans Administration hospitals.

The department – with an assist from students Shadya Muvdi, Glenda Umana, Dayron Leon and Ana Gorayeb – is seeking video submissions of about a minute each showcasing all sorts of talents, such as music, drama, juggling, comedy, magic or photography. These will then be woven together in a series of half-hour programs sent to the facilities that are home to seniors.

Associate Professor Phillip M. Church asks would-be participants to email him at 60secondsomethings@gmail.com. They’ll then receive a Google Drive link with a password to post their videos. He expects the first episode to go out about two weeks after the semester ends in late April.

On April 16, director Javier Vidal will lead a Spanish-language workshop titled, “La firma del director” (“The Director’s Signature”). The following week, Pablo Gershanik offers “Metaforas como posibilidad de resiliencia” (“Metaphors as a Possibility of Resilience”) in Spanish on  April 20. David Schrader leads a workshop on the business of theater on April 22. And on April 24, playwright Rogelio Martinez will deliver a workshop on how to incorporate history into writing in a dynamic way.

For more information, go to colonymb.org/post/mastermind-master-class-series. Previous master classes are also available on the site.

Florida Shakespeare Theater is offering a free online staged reading of the Bard’s great comedy, “Much Ado About Nothing.”

For more information or registration to watch the Zoom reading, go to floridashakes.com.

Miami’s Adrienne Arsht Center for the Performing Arts keeps adding to its online Arsht@Home content, and now two offerings from the center’s theater partners are available.

Zoetic Stage has posted a monologue from Michael McKeever’s play, “The Miamians,” performed by Gabriell Salgado at arshtcenter.org/ARSHT-AT-HOME/Miami-Monologues.

A massive Artist Relief effort has been launched by a group of national arts grant-making groups, including the Miami-based National YoungArts Foundation.

Begun with a $5 million grant from The Andrew W. Mellon Foundation, the fund has received an additional $5 million in contributions from YoungArts, the Academy of American Poets, Artadia, Creative Capital, the Foundation for Contemporary Arts, the MAP Fund and United States Artists. Those organizations will continue to raise funds on behalf of Artist Relief.

The unrestricted $5,000 grants, prioritized by financial need, will be distributed over the next six months to artists throughout the United States in a wide array of disciplines.

For  more information or to apply, go to artistrelief.org.

In addition, the National YoungArts Foundation is launching the YoungArts Emergency Microgrant program to provide unrestricted $1,000 grants to alumni from April through June.

For more information or to apply, go to youngarts.org/alumni.

You can also watch Davis’s previous conversations with theater artists from throughout the region.

For more information, go to instagram.com/newcityplayers.