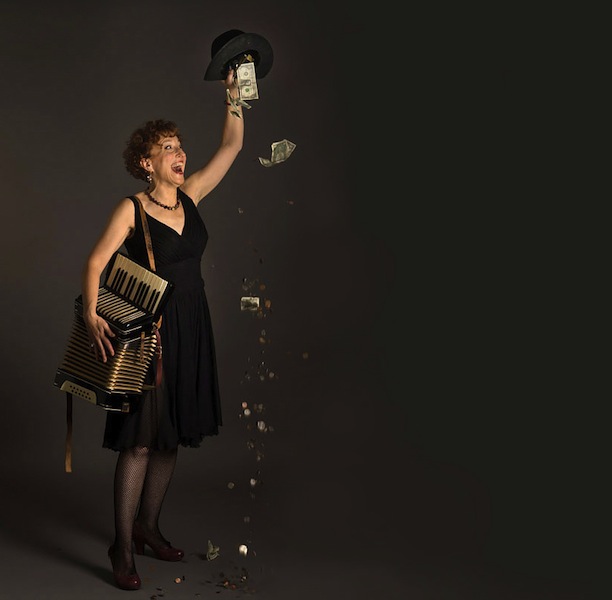 Rebecca Joy Fletcher’s one-woman show, Ringing True, is personal, funny and above all intelligent theater. It’s this season’s second performance in Miami Theater Center’s SandBox Series, which offers theater artists the chance to develop and present new work with the assistance of a Knights Arts Challenge grant. The Chicago-based actress and playwright, who has previously performed at the Lincoln Center in New York, as well as at venues in Paris, Jerusalem and London, embraced the opportunity to explore this off-beat autobiographical work, which is currently running at the Miami Shores theater.

Part performance art, live theater, cabaret and homage to the tradition of Jewish storytelling, Fletcher seamlessly rolls all of this into one. While inventive with a unique voice, it’s also universally relatable.

Ringing True is about a woman who trades America for Paris in the midst of a difficult choice. She’s at a crossroads of whether she should marry her boyfriend, Alan: Is he the one? — or, what if he isn’t? “HaShem, you gotta help me,” she pleads to God after having just arrived in Paris. She asks for a sign from on high and when the first isn’t convincing enough, she’s ask for another, and then another.

In the course of 75 minutes, the actress plays six characters during a whirl-wind tour of the city, including Isabelle, the Zebra at The Circle Cabaret; Rabbi Akiva, who Fletcher meets in a dream, though she envisions the historical Jewish figure as a flirtatious Marlboro man with a Southern accent; and Mister Moskowitz, an 88-year-old rabbi who Fletcher seeks out to interpret her Akiva/Marlboro man dream. Each is so richly drawn and inhabited with such depth, eventually we’re convinced these are distinct, individual characters, not one actress playing them all.

As director of the production, Michael Yawney has found a way to work with the actress using the minimalist black box space to effect so that little detracts from Fletcher’s tour de force. From her first swoop across the space in a denim shirt, khaki pants, and her Mary Jane shoes, the American in Paris soaks in the eclectic eccentricities of City of Light. She’s so full of vivid life, you can’t help but want to accompany her on what becomes a wild goose chase in a play about making the right choice, if there is such a thing.

As a playwright, Fletcher avoids anecdotes, instead using comedy to dissect her main character’s thoughts. There is also beautiful performance art; for instance in one scene she creates Alef, the first letter of the Hebrew alphabet, by taking water and a sponge to the stage’s back wall.

Another aspect that puts this one-person show in a league of its own is its use of original music. Chicago composer Stuart Rosenberg collaborated with Fletcher on the score that is expertly played by the three-piece band: Martin Hand, band leader and guitarist; Rich Caruso, accordionist; and Patricia Jancova, violinist. Lilting romantic Parisian music floats in and out throughout the piece, interwoven with comedic songs sung by Fletcher and finally, Talmudic-inspired music with lyrics by the playwright — she is in fact an ordained synagogue cantor. Off-Broadway director Bob Goldstone arranged the superb orchestrations as musical director.

Ringing True is a good example of what the Sandbox Series aims to bring to Miami — an opportunity to grow new, often experimental works, where an artist such as Fletcher can combine originality and vulnerability and turn it into an intimate and mystical night of theater.