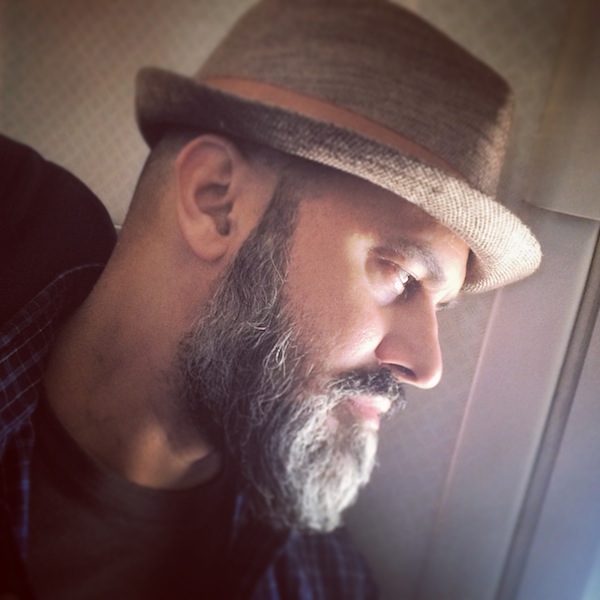 When Ricky J. Martinez got an email last month telling him he would be the 2016 recipient of the prestigious Margo Jones Award, he didn’t believe it.

“I thought it was B.S., that one of my friends was playing a practical joke on me,” says Martinez, 44, artistic director of New Theatre for the past decade. “When I realized it was true, I tried not to cry. It’s an amazing recognition. I went online and saw all of the past recipients, and I was floored.”

Any theater practitioner would be. Named in honor of one of the pioneers of America’s regional theater movement, the award was established in 1961 by Inherit the Wind playwrights Jerome Lawrence and Robert E. Lee to honor those “who have demonstrated a significant impact, understanding and affirmation of the craft of playwriting, and who have encouraged the living theater everywhere.”

Martinez, the first Latino honored with the award, will receive his medallion and a $500 honorarium during an April 30 ceremony at New Theatre’s current home in the South Miami-Dade Cultural Arts Center in Cutler Bay. That also happens to be closing weekend of Martinez’s world premiere play Roof!, which opens at the center’s Lab Theater April 9 for a run through May 1.

“He did an amazing job of cultivating new actors and playwrights, and taking risks,” Martinez says.

In 2002, the company used several grants, including one from the National Endowment for the Arts, to commission Cruz to write what became Anna in the Tropics. That play, which had its world premiere in New Theatre’s 104-seat space on Laguna Street in Coral Gables, won the 2003 Pulitzer Prize for drama, making Cruz the first Latino playwright to receive the honor.

Martinez, a graduate of Miami Sunset Senior High School and the New World School of the Arts, joined New Theatre as associate artistic director a dozen years ago, taking over the top job when the founders departed in 2006.

A musical theater major with experience as an actor, singer, composer, dancer, choreographer, playwright and director, the Miami Beach-born Cuban-American Martinez says he has learned on the job to be a producer and artistic director. He has continued staging classic plays – Arthur Miller’s Death of a Salesman will open in late May – while diving even more deeply into new play work.

Some of that has come through New Theatre’s affiliation with the National New Play Network (NNPN), an organization of 29 core member companies and 79 associate members that pioneered the concept of the “rolling” world premiere (several companies agree to produce the same script, giving a playwright the chance to refine a piece during multiple productions) and an online New Play Exchange to make new scripts more easily available to artistic directors.

“NNPN has been a huge, integral part of continuing education for me,” says Martinez, who has served on the organization’s board and done several of the rolling world premieres. “Here, we very seldom talk about the nitty-gritty things. In NNPN, you can talk about national problems and issues.”

Martinez has become known nationally through his work with NNPN, directing for other companies and serving on grants panels for the National Endowment for the Arts.

Beth Kattelman, an associate professor with the Ohio State University-based Lawrence and Lee Theatre Research Institute, is a member of the committee that selected Martinez for the Margo Jones Award. She says of him, “Ricky has really contributed a lot … He has been a spearhead for the development of new works and quality works.”

Nan Barnett, NNPN executive director and the former managing director of Florida Stage, says that Martinez’s production of more than 50 world premieres marks him as an artist who, as the Jones award stipulates, encourages the living theater.

She adds, “Ricky is fearless, unafraid of taking on the development of a work, giving it life before it is polished, pushing himself, his company and his writers to get things up on their feet and in front of an audience when he feels it is important, not necessarily when he feels it is perfect.”

Martinez has been working on his own new play Roof! for awhile, refining it through readings and workshops. The story is a Miami one, inspired by Martinez’s experiences living with friends in a house on Biscayne Boulevard, then refined through his storyteller’s imagination. Its characters are gay and straight, male and female, Cuban and Cuban-American, British and Colombian, plus a black drag performer from Liberty City. The script is peppered with plenty of Spanish words and phrases, but a glossary is provided.

Eileen Suarez, New Theatre’s longtime managing director, describes Roof! as a “dramedy” – part drama, part comedy – and says that Martinez, who is also directing the play, finds humor even in serious situations. The script also fits within the company’s mission.

“He finds things that speaks to our audience, plays with a lot of social themes and diverse characters,” she says. “He brings out the voices of people who are normally not heard.”

Steven Eisenberg, a lawyer who is New Theatre’s board chairman, gives Martinez credit for the company’s new-play focus and the board’s commitment to it. “The vision of what we do with new work is really Ricky’s vision. The board embraced it a long time ago, believes in it and works hard to fulfill it,” he says. “It’s not an easy thing to do new work. It is riskier … Either we inherently believe in it, or Ricky’s been great at having us drink the Kool-Aid. It’s become part of our DNA. I hope this recognition will help New Theatre become more visible nationally and put us on the radar screen of people who may not have heard of us.”

New Theatre is a relatively small company, with an annual budget of around $500,000 (some of that in-kind services); by comparison, Zoetic Stage at Miami’s Adrienne Arsht Center has a $475,000 budget, GableStage in Coral Gables’ Biltmore Hotel has a $1 million budget, and Actors’ Playhouse at the Miracle Theatre in Coral Gables has a budget of $3.6 million. All of those other companies have won multiple Carbonell Awards, but judges for South Florida’s top theater awards rarely even nominate the work done at New Theatre. Martinez acknowledges that it bothers him.

“It hurts. It’s personal. So to get this national award fuels me,” he says.

“I’m glad Ricky is getting recognition outside his hometown. It’s great to know the world out there is watching. It’s a source of pride,” she says.

Martinez adds, “I’ve worked since I was 8 years old in all different facets of the arts. I see everyone struggling. And I struggle … Everybody’s infatuated with Miami. But a lot of the voices of our playwrights aren’t getting past the local scene. Also, we’re not writing often enough about us. We have a huge melting pot. There are so many amazing stories happening here.”

At New Theatre, he’s ready to share those stories.