Review: ‘Viva La Parranda!’ offers a taste of a rich musical culture at the Colony Theatre 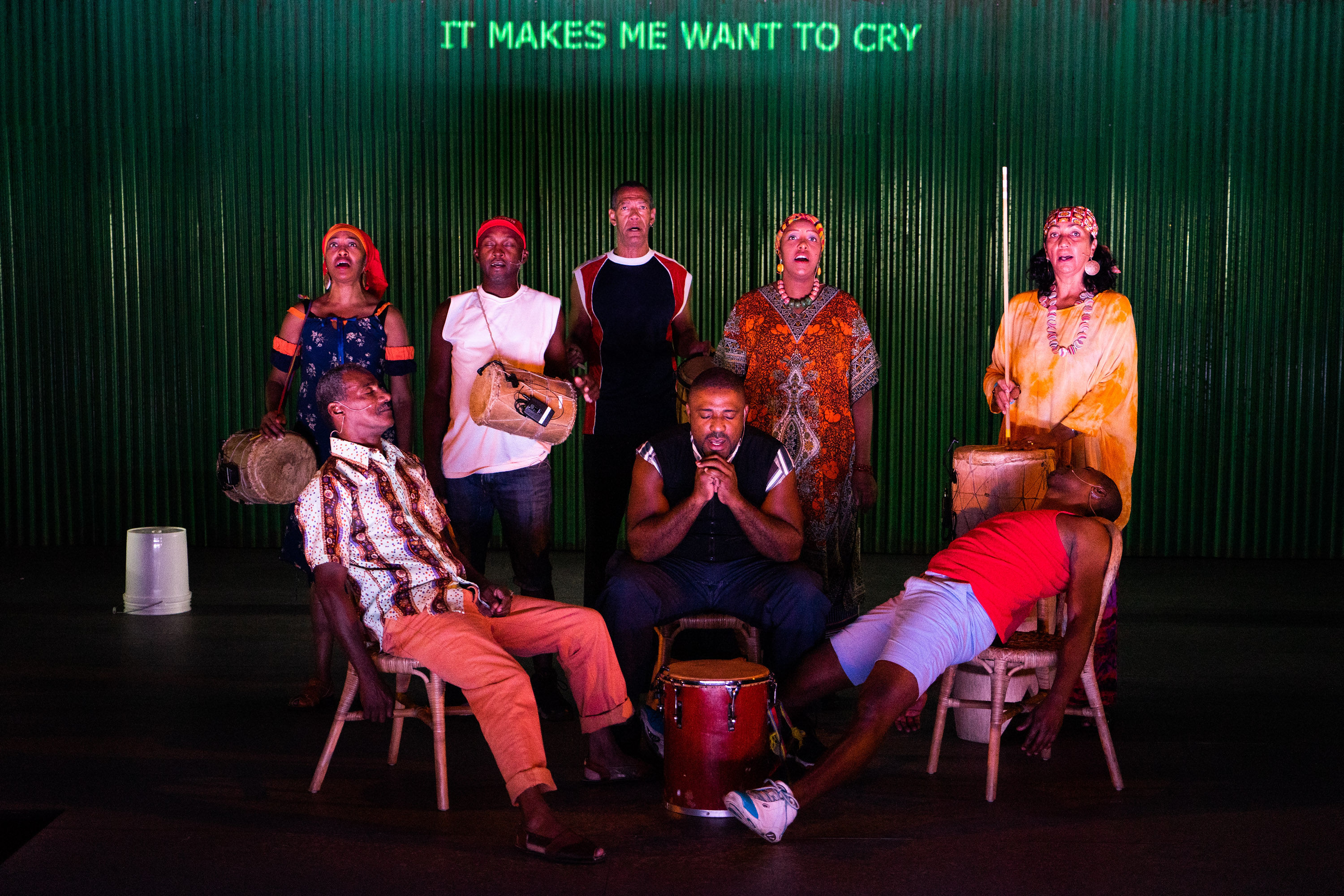 Presenting music from a foreign tradition poses particular challenges. Yes, music transcends much, but much is lost in the translation. How to make an audience experience the culture, live the stories and meet the people who created it? How to transport an audience — fresh from a parking lot, now properly seated in a theater — to the natural setting of the music?

“Viva La Parranda!,” the new show from Miami New Drama now playing at the Colony Theatre in Miami Beach, is billed as a musical, but it plays like a richly layered, live documentary on a slice of Afro-Venezuelan music and culture. Featuring singer Betsayda Machado and the drums-and-voices ensemble La Parranda El Clavo, “Viva La Parranda!” was created by Machado and the group in collaboration with director Juan Souki

Set on El Clavo, a small town in the Barlovento region of Venezuela that, Machado notes, “is not in Wikipedia,” “Viva La Parranda!” has no plot per se. Instead, it slowly builds on stirring musical numbers, storytelling, dancing, live onstage cooking and video projections. The result feels as close as a traditional-music performance can get to an immersive experience.

“Parranda” is a genre of Afro-Venezuelan music, but it is also the word for the ensemble that plays it and, to further confuse the issue for those of us not of the culture, also the name of the party sparked by the music. 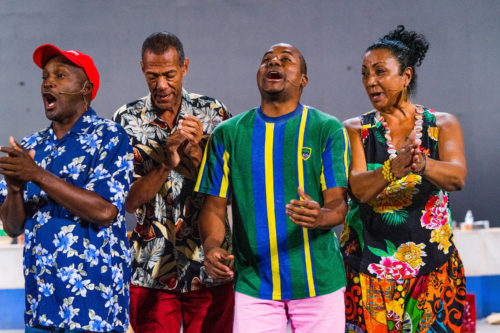 “Viva La Parranda!” is running through May 19 at the Colony Theatre in Miami Beach. Photo courtesy Xavier Lujan.

Because so much of a rural community’s life in Latin America traditionally centers on feasts and events in which sharing food is a central component, the stage in “Viva La Parranda!” is set up as a back yard, with a long, U-shaped table occupying the back and both sides of the stage. The arrangement also includes a stove on which a sancocho, a traditional stew, cooks throughout the show in a large pot. At certain intervals in the piece, members of the group chop vegetables, add spices, stir and tend to stew. This is no prop. At the end of the show, the audience is invited onstage to join the ensemble and try the sancocho.

The smart staging allows both the storytelling and the music to unfold organically. Machado is a professional singer with a powerful, expressive voice and a well-deserved reputation. But the group (La Parranda El Clavo is “only a representation” of the entire town’s parranda) features a retired nurse (Blanca Castillo); a firefighter (Youse Cardozo); a cocoa farmer and engaging storyteller (Adrian Gómez); a drummer and former basketball player (Asterio Betancourt); a singer and cocoa merchant (Oscar Ruiz); a singer, dancer and insurance analyst (Nereida Machado); and a teacher and cultural activist (Jose Gregorio Gómez). Because they are recounting their own stories (excellent English translations in supertitles are projected throughout), the telling is perfectly imperfect, and it feels true. We are invited into their world.

In lesser hands, “Viva La Parranda!” would romanticize the setting’s place and culture and Disney-fy real people into cute characters. Instead, there is humor and an effortless camaraderie among the group (which includes not only old neighbors but a father-son team and two sisters), but also stories of paramilitary violence, death, drug use, hard work on the cocoa fields, agrarian reform and single parenthood. 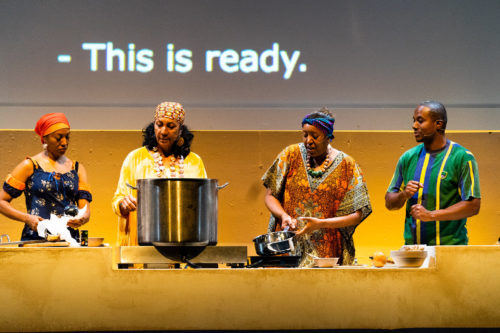 Some of the sharing of information in the text borders on the didactic (explaining the drums for example), but it’s brief and ultimately useful. In “Viva La Parranda!” certain details resonate powerfully in part because they are offered simply. The explanation for a particular dance step (one foot fixed, the other moving a bit forward and then back) was that “the slaves wore chains that impeded their moving.”

Proud of their African heritage, the members of the group talk about taking a DNA test to learn about their origins, and nothing needed to be said or done as their pictures were projected alongside the results on the back screen. Graphs indicate the percentage of their origins, including Nigerian, Algerian, Native American and Spanish. And because sometimes the only possible response to a reality gone mad is to sing about it, the characters discuss parranda lyrics about the looting of supermarkets, the town gossiper and the danger of AIDS.

By the end of “Viva La Parranda!” you feel as if you have been somewhere, have met new people and will never hear this music or perceive this culture the same way again.

A word to the wise: Go with open ears and an appetite.