Review: ‘The Amparo Experience’ moves its audience in more ways than one 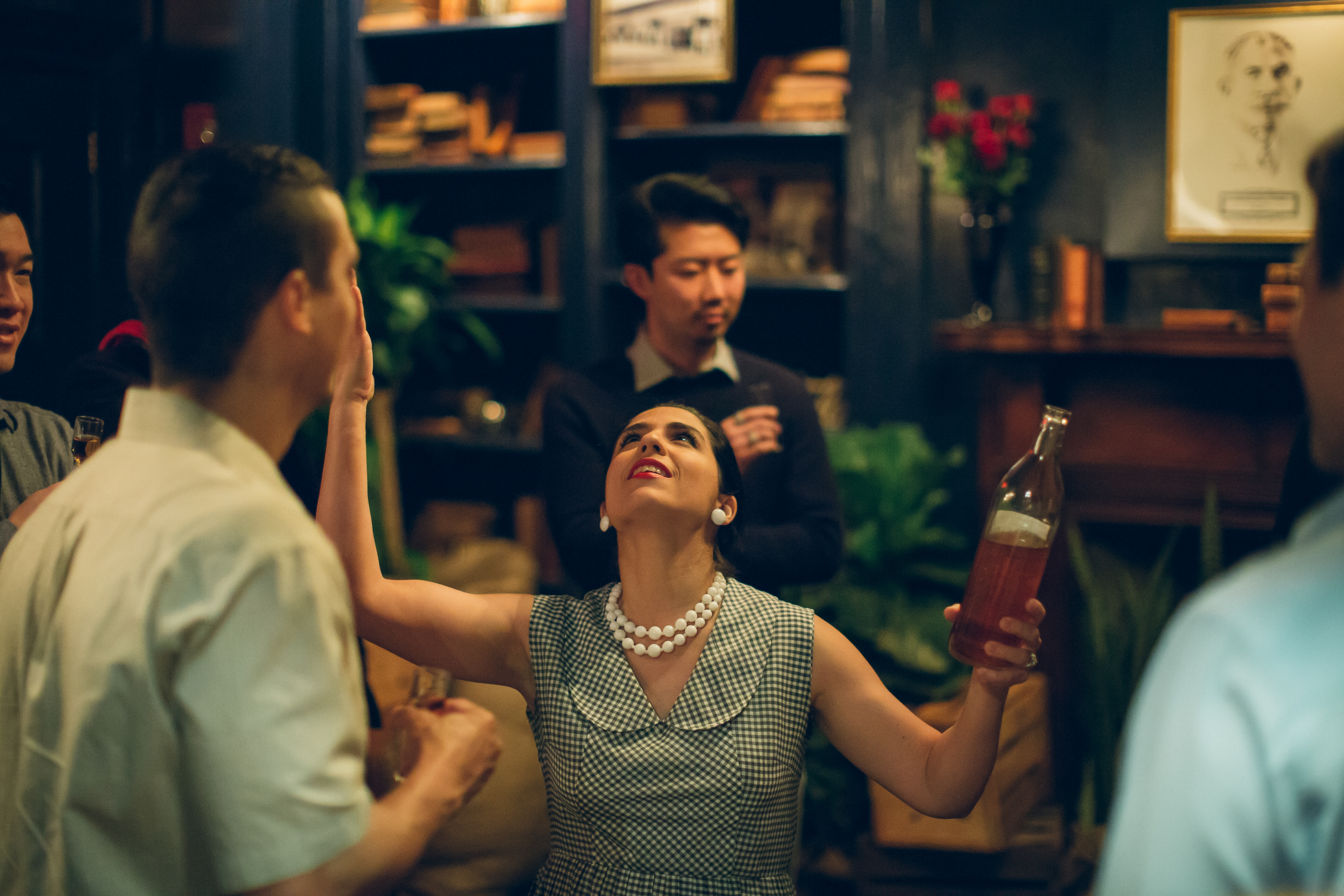 Uncounted movies, plays, musicals, novels and nonfiction books have told stories of the Cuban Revolution and the diaspora that followed. Innumerable Cuban families lived their own version of those traumatic times, fleeing their homeland to start over with not much more than hope. The Arechabala family lived one such story.

“The Amparo Experience,” an intricate and impactful immersive-theater production written by Vanessa Garcia and staged by Victoria Collado, is now enmeshing Miami audiences in the history of the family that created and distilled Havana Club Rum in Cuba.

A bit of background, for context: The Arechabalas had their thriving business nationalized — many would say it was confiscated or stolen — by Fidel Castro’s government at the start of 1960.  Some family members were imprisoned. Many fled to Spain or the United States; Ramon and Amparo Arechabala, the couple at the heart of Garcia’s play, made their way to a new life in Miami.

More than three decades after the revolution, Ramon Arechabala made a deal with Juan Prado of Bacardi to produce the original-recipe Havana Club in Puerto Rico. A competing Havana Club, produced by the government-run Corporación Cuba Ron and Paris-based Pernod Ricard, has been battling Bacardi over the trademark ever since.  So some might view the Bacardi-supported “Amparo” as an artistic argument in the court of public opinion.

Yet the play, which will have a run of two months (maybe more) in a beautifully redesigned villa at 221 NE 17th St., in Miami, really is a work of immersive theatrical art, one that the producing group the Broadway Factor hopes will have a much longer and larger life. 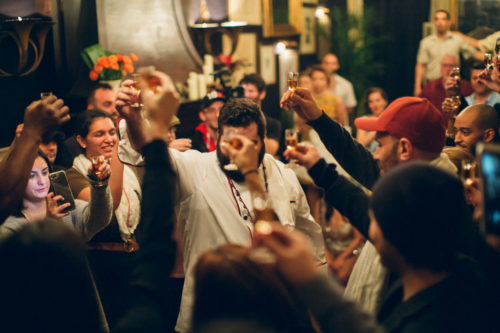 Garcia’s impeccably researched, image-conjuring dialogue is woven into an experiential tapestry that includes music from the late 1950s and beyond, evocative sound effects by designer Abigail Nover that sometimes turn frightening, lighting by designer Tyler Frank that bathes the days before the revolution in a nostalgic glow or goes dark to mimic the night sky as refugees crossing the water toward freedom ask the ocean goddess Yemaya and Cuba’s patron saint, La Virgen de Caridad, to deliver them safely.

Director Collado has said that part of the way “Amparo” works is that it “messes with” different senses as the 75 audience members move through the 90-minute play. One striking example: Women and men are separated into two lines at the “airport,” as they prepare to leave Cuba. First, the women are taken into a curtained space, harangued and bullied by soldiers who hurl the words “gusanos” and “putas” at them, and one trembling woman (Melissa Ann Hubicsak as Edna) is strip-searched. Then, the women are marched out, the men go in, the curtains are closed, and as the women listen, a shot rings out. Has someone’s husband been executed on the spot?

“Amparo” takes its audience on a journey from 2019 to glamorous pre-revolutionary Cuba, then through the life-altering days of the revolution. Particularly for theatergoers who lived through those years, the play could stir forever-painful emotions, because it really does cause audiences to experience a wide range of feelings.

Playful fun comes first, as you arrive at the villa with its lush landscaping. You are put into one of five groups led by characters in the play, then partake of a rum-based cocktail if you wish. Then, you’re led through a portal to Club Nautico in Varadero, and instantly it’s New Year’s Eve 1957.  The band is killing it. Revelers are dancing. And handsome Ramon Arechabala (René Granado) is smoothly coming on to lovely Amparo Alvaré (Bertha Leal). 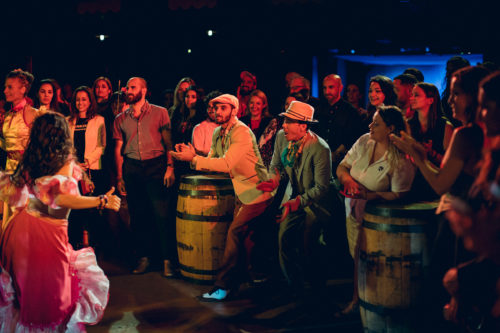 Soon enough, a year has passed. Singer Miguel (Ryan Rodriguez) is crooning “Palabras,” as the deeply-in-love Ramon and Amparo dance. But then, Castro’s forces arrive, noisily. Evaristo (the riveting Hector Medina Valdes) takes over the song and holds a radio up to Miguel’s microphone. The crowd hears of Fulgencio Batista’s departure for the Dominican Republic. The soldiers with Evaristo offer three choices: prison, embrace the revolution or go into exile. From then on, until a modern coda of hope and resilience, “Amparo” is unsettling, distressing, insightful.

The acting by the 23-person cast, dressed in gorgeous period clothing by designers Jorge Noa and Pedro Balmaseda, is impassioned and effective. Susana Pérez plays the present-day Amparo as a dignified woman who persevered through the loss of too many things she loved. Roberto Escobar is the older Ramon, a survivor fixed on bringing his Havana Club back to life. Ariel Texido, a striking Juan Prado in white guayabera and white pants, gives him that chance. The young singer Margarita Maria Mendoza (Marcela Paguaga) transforms into an older, devastated woman (Vivian Ruiz) lamenting her shattered life.

The evening’s guides are the Arechabala mayordomo Antonio (Yesler de la Cruz), the manicurist Celia (Alessandra Mesa), the family lawyer Javier (Michael Ferreiro), the older Miguel (Francisco Gattorno) and the brand ambassador Jorge (Robby Ramos). With precise timing, they lead their groups into common spaces and smaller ones. As Antonio, his wife, Regina (Nora Pantoja), and her “sister” Mar (Nicole Garcia) retreat to frantically pack their bags, getting their story straight as they’re about to head to the airport, the soft strains of “Ave Maria” are heard nearby.

After the show, the audience is led out back to what looks like an enchanted tropical garden for more music, more drinks and conversation about what they’ve just experienced — an experience that will resonate so deeply for so many.

“Amparo” tells a particular Cuban story, but it speaks to others who lived their own versions of those events and to anyone forced into exile. The production also illustrates the particular power of immersive theater for those unafraid to jump in.