Review: ‘Skeleton Crew’ works on many levels at GableStage 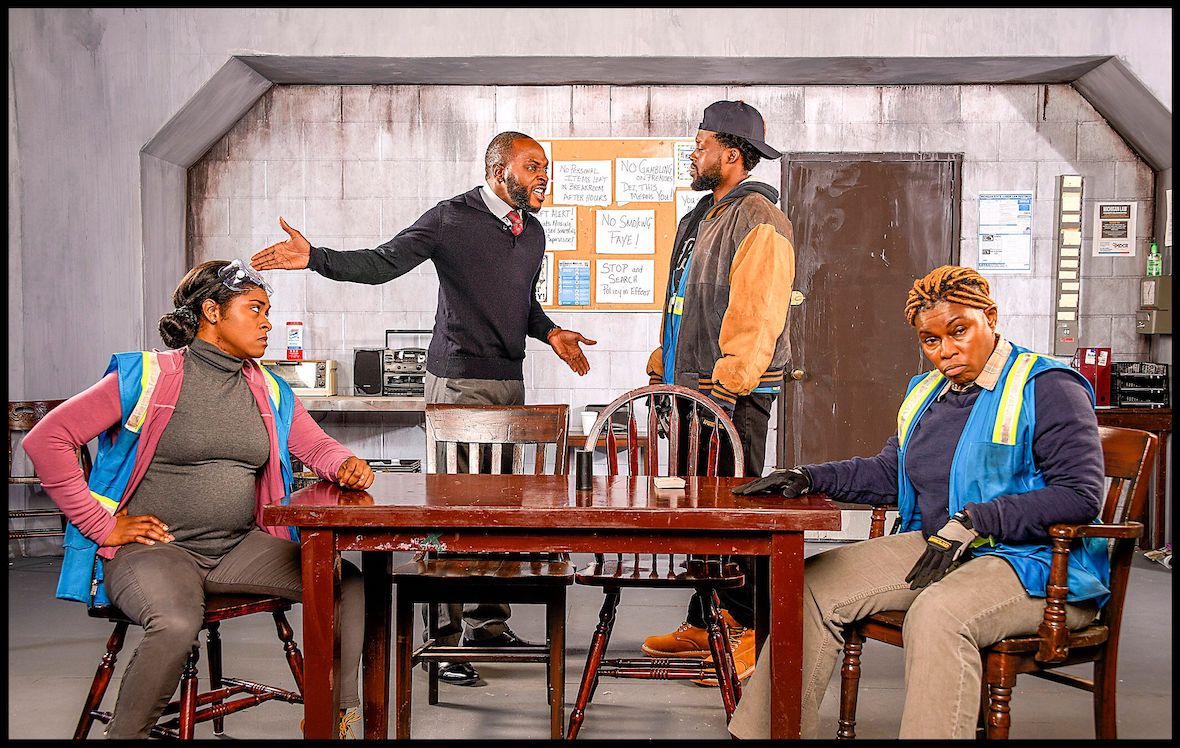 Much as August Wilson did with Pittsburgh, playwright Dominique Morisseau has returned artistically to Detroit, reflecting on the people and history of her hometown during different eras of the Motor City’s evolution.

The Detroit Project, three linked plays by MacArthur “genius” grant winner Morisseau, consists of “Detroit ’67” (a 2013 drama set during the 1967 Detroit riots), “Paradise Blue” (a 2015 play set in the city’s Black Bottom neighborhood in 1949) and 2016’s “Skeleton Crew,” a four-character drama set in the break room of an auto stamping plant as the 2008 economic downturn is starting to hit the city hard.

GableStage is now bringing Morisseau’s words and insights to life in a new production of “Skeleton Crew,” a play that is both powerfully specific and more broadly resonant. The black, working-class folks toiling in this relatively small plant where metal is turned into car parts worry about so many things: putting food on the table and keeping a roof over their heads, pressured personal lives, building a better future, losing their jobs. Who can’t relate?

This time, artistic director Joseph Adler has entrusted the production to Haitian-American actor, writer and director Edson Jean. The New World School of the Arts grad is making a name for himself in television and film, creating projects and acting in others (he played a teacher in the Oscar-winning “Moonlight”). But as GableStage’s “Skeleton Crew” demonstrates, he is also a talent to watch in the world of theater.

Four characters live out the drama of “Skeleton Crew,” which takes place during an ominous winter. Faye (Patrice DeGraff Arenas) is one of the senior workers, a union rep with 29 years under her belt. Although she has battled and survived breast cancer, she irks her co-workers by refusing to give up smoking, and her intensity is a manifestation of pain and loss. 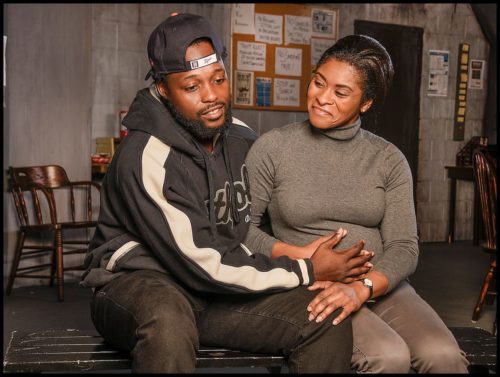 Shanita (Rita Cole) is pregnant with her first child, and her relationship with the baby’s never-seen father appears troubled and likely doomed. She is forever being hit on by Dez (Jean Hyppolite), another auto worker whose dream is to open his own garage. Dez is a player, and Shanita knows it, but he’s nothing if not persistent. Sometimes, that’s all it takes.

Their foreman, Reggie (Jovon Jacobs), has a history with Faye, who loved his mother and helped him get the white-collar job that has led to a home and family of his own. Reggie is a rules freak who’s forever putting up signs in the break room — do this, don’t do that — but his overarching worries are shared by the people he supervises: Are layoffs coming? Is the plant going to shut down? Is the stability underpinning their lives suddenly going to vanish?

Pulitzer winner Wilson wrote with a distinctive kind of stage poetry in his acclaimed 10-play Century Cycle, which includes “Fences” and “The Piano Lesson.” In “Skeleton Crew,” Morisseau creates four characters who sound like they grew up in and never left Detroit. She provides enough of their histories to enrich the plot, but it is this shared turning point in their work lives that creates sometimes-explosive drama.

Each of the four actors impressively conveys the multifaceted layers in his or her character. Arenas, who is chair of the fine arts department at American Senior High in Miami Lakes, doesn’t appear onstage often but is memorable every time she does. Her Faye is a fierce woman at the end of her rope, defiant at the idea of her work life coming to an end just before her 30-year benefits would kick in.

Hyppolite brings an intriguing ambiguity to Dez, at one point pulling a gun from his backpack, then producing a plastic bag filled with brass fittings. Break-ins and thefts have been happening more frequently at the plant, and Dez is looking sketchy. On the other hand, his blossoming feelings for Shanita, and hers for him, seem organic, truthful and full of promise. 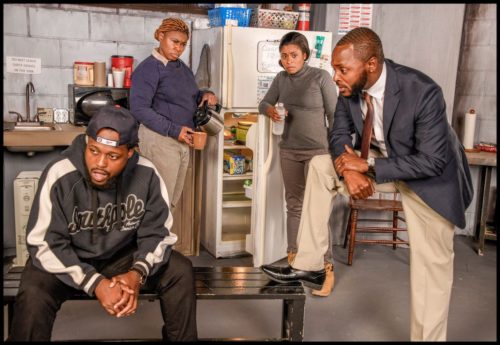 Cole and Jacobs, two of the best young actors in the region, acted together earlier this season in New City Players’ fine production of “A Raisin in the Sun” (she was billed as Rita Joe then). Cole’s intensity is quiet yet commanding, Jacobs’ more overt as Reggie struggles with loyalties past and present.

From the get-go, the vividly drawn characters in “Skeleton Crew” plunge the audience into a kind of drama that continues playing out all over the country, with economic and political repercussions. Jean and the cast make us feel every moment of unease as economic security erodes.