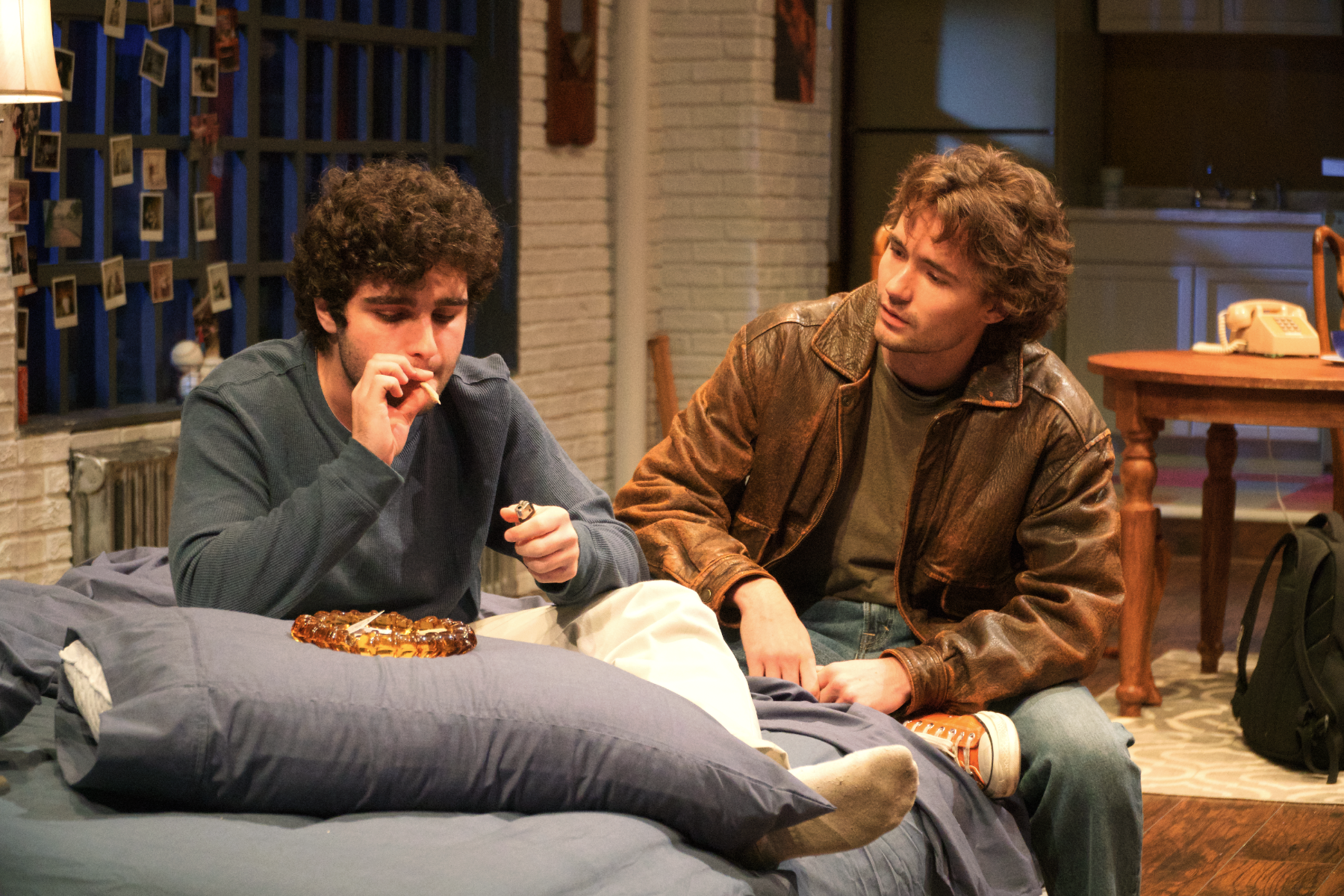 Luke Surretsky’s Dennis smokes another one as Teddy Calvin’s Warren watches in Area Stage’s “This Is Our Youth.” (Photo/Giancarlo Rodaz)

Kenneth Lonergan’s play, “This Is Our Youth,” has been widely produced since its Off-Broadway debut in 1996. One of those productions (at GableStage in the spring of 2000) featured a very young movie-star-to-be Oscar Isaac in the more sympathetic of the two male roles.

Now Area Stage cofounder John Rodaz, who gave Isaac one of his earliest professional roles at the company’s first space on Lincoln Road, has directed a new production of “This Is Our Youth” as his company’s second show in its new partnership with Miami’s Arsht Center.

The play is set in 1982 during the greed-is-good era of Ronald Reagan’s presidency.  Lonergan’s three characters are rich-kid denizens of Manhattan’s Upper West Side (and it’s a bit mind-boggling to note that, were they real people, these late-teens/early 20s characters would now be pushing 60).

Materially, the kids are all right. Dennis Ziegler (Luke Surretsky) lives in a roomy enough studio apartment paid for by his father (a famous painter) and mother (a “harsh and extreme” social activist). Warren Straub (Teddy Calvin) lives with his dad, a man who made a fortune in lingerie manufacturing. Jessica Goldman (Harley Muir), an aspiring fashion designer, lives with her mom and is a friend of Dennis’ girlfriend, Valerie, never seen but the object of his telephonic wrath.

But money, of course, can’t buy happiness. And all three of these very young adults are finding the journey into maturity hard to navigate. 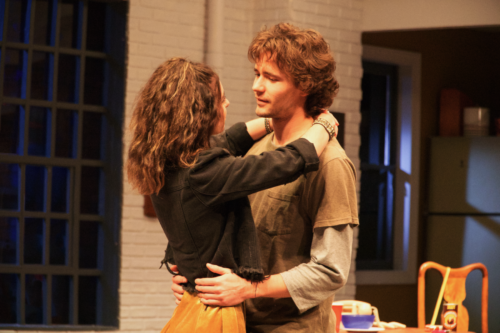 The characters played by Harley Muir and Teddy Calvin make a connection in “This Is Our Youth” at the Arsht Center. (Photo/Giancarlo Rodaz)

Dennis, whose folks would rather pay for his apartment than have him around, is a verbally abusive alpha male with a hair-trigger temper. Passing the time staring mindlessly at his small TV set when he’s not with Valerie, he spends his days and nights in search of, consuming or reselling drugs.

Warren would seem to have it worse. Low-key and more than a little lost – he’s struggling to recover from an unspeakable family tragedy – he is Dennis’ verbal whipping boy and his father’s literal punching bag. He shows up at the apartment having stolen $15,000 from his dad’s bedroom and carrying a suitcase full of valuable childhood memorabilia. What comes next isn’t clear, but once Dennis becomes aware of the dough, the manipulative shenanigans begin.

Jessica barely knows Warren, who has thus far been unlucky in the romance department, but due to his sudden influx of cash, the two go off for an adventure that both enjoy but handle awkwardly on the morning after.

All three actors in Area Stage’s cast appeared in the company’s first show at the Arsht’s Carnival Studio Theater, “Be More Chill.”  They’re the right age for their roles, but none of them imbue the characters with qualities that would make these emotionally drifting kids more compelling company for the show’s almost 2 ½-hour running time.

Calvin comes closest, conveying Warren’s vulnerability and awkwardness, but why he would suffer Dennis’ abuse remains an utter mystery. Surretsky goes for broke with the nonstop and very loud belittling of Warren, occasionally mixing in a goofy laugh, but by the time he gets to Dennis’ big monologue, it’s too late for us to care. Muir’s Jessica comes off as a wisp of a girl, an insecure cipher who won’t know who she is for a very long time.

Rodaz has created some wild and wonderful moments in his staging, as when Warren manages to throw a football and break a sculpture Valerie has made for Dennis, who knows he’ll never hear the end of it. 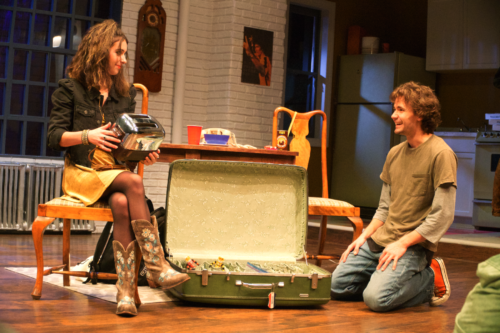 Warren’s attempt to cut some cocaine – a move that just might help save him from yet another beating by his father – ends disastrously yet hilariously. A little dance scene between Warren and Jessica is so sweet and appealing that you understand why she’d say yes to his proposed adventure.

Frank Oliva’s set gets the details of Dennis’ apartment just right, from the painted white brick walls to the side-by-side radiators to the kitchen with its aging appliances. Lighting designer Cheyenne Sykes charts the changes from night to day, and costumer Rebecca Verpile especially has fun with Jessica’s flair for fashion. The sound design by Giancarlo Rodaz (son of the Area Stage founders) precisely delivers the vintage vinyl songs that Warren favors.

In life and American society, much has changed since this play set in 1982 debuted in 1996. When Dennis, Warren and Jessica were roaming the Upper West Side, there were no cellphones for instant and constant communication. No TikTok, no Facebook, no Instagram. The Sept. 11 terrorist attacks hadn’t yet awakened that facet of fear. The 24/7 drone of news about war, mass shootings and other tragedies hadn’t become omnipresent.

Yet “This Is Our Youth” holds up. For so many, the passage from the teenage years to adulthood is challenging, difficult, even disastrous. The world changes and evolves, but the key questions – Who am I? What should I do with my life? How do I navigate my way to a good life? – remain the same.

WHAT: Area Stage Co. presents “This Is Our Youth” by Kenneth Lonergan