Review: ‘Ordinary Americans’ is an impactful cautionary tale as relevant today as in the ’50s 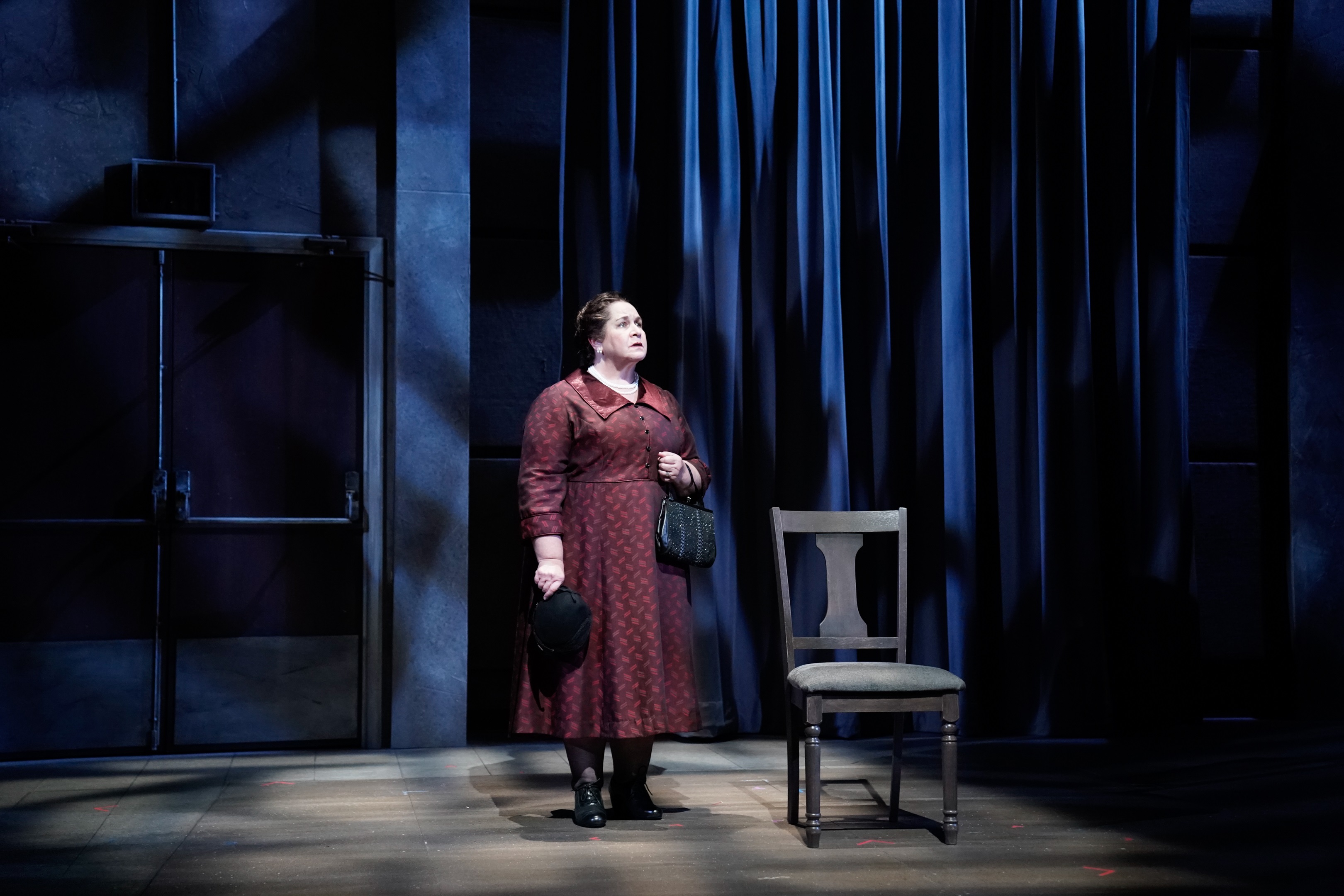 “Ordinary Americans” is a cautionary tale rooted in the past and resonant in the present.

Commissioned by Palm Beach Dramaworks, Joseph McDonough’s play about pioneering television titan Gertrude Berg had a highly successful five-week run at the West Palm Beach theater before making the move to GableStage, where it runs through Feb. 16. The companies collaborated on the world premiere, but with the exception of one cast change, the production that Coral Gables audiences will see in GableStage’s more intimate space at the Biltmore Hotel is essentially the same one that became an in-demand Dramaworks show from the time it was announced.

The idea for a play about the creator, writer and star of the 1949-57 TV series “The Goldbergs” came from Carbonell Award-winning actor Elizabeth Dimon, who portrays Gertrude “Tillie” Berg in “Ordinary Americans.”

Dimon and castmates David Kwiat, Rob Donohoe and Tom Wahl have finely honed their moving performances through the play’s earlier run. At GableStage, they’re joined by Patti Gardner, who brings her own take to a role originated by Margery Lowe.

We follow into a CBS television studio for a rehearsal of her ratings-topping show “The Goldbergs.”

Dimon’s Berg dons an apron and an accent to portray Molly Goldberg, matriarch of a Jewish family living in a Bronx tenement. Kwiat plays actor and activist Philip Loeb, who stars as Molly’s husband, Jake. Donohoe is actor Eli Mintz, who portrays the family’s Uncle David; later, he utterly transforms into an impatient and unhelpful version of New York’s Cardinal Spellman. 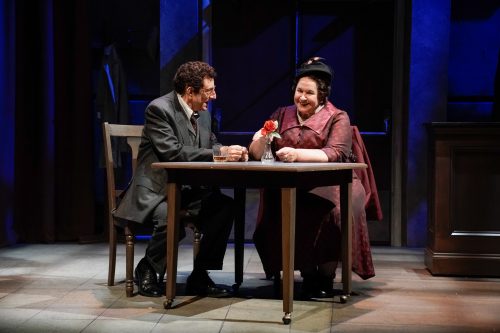 The scenes re-creating “The Goldbergs” are suffused with nostalgia, from the show’s theme music to its observant family comedy to Molly’s kitschy live commercials for Sanka coffee. But the impactful power of “Ordinary Americans” flows from its examination of artists, careers and lives crushed by the repressive Red Scare politics of the early 1950s.

Not far into the 90-minute play, Dimon’s Berg is informed by Wahl’s curt General Foods exec Roger Addington that her co-star, Loeb, has been named in the infamous Red Channels report alleging Communist influence in radio and television. Addington tells her to fire Loeb, but she tells him off and refuses.

The tension grows through subsequent scenes until CBS chief Stanton calls Berg into his office and gives her a chilling ultimatum: Fire Loeb or lose “The Goldbergs.” She refuses yet again, and Stanton makes good on his promise, immediately yanking his highest-rated show from the CBS lineup.

Playwright McDonough then follows Berg’s increasingly desperate attempts to find a new sponsor, save her show and keep Loeb – a widower who is the sole support of an adult son with schizophrenia – in his role as Jake. She is forced to face the cost of her loyalty to a colleague, and after Loeb’s testimony before the Senate Internal Security Subcommittee in 1952, the story takes a horrifyingly tragic turn.

The performances in “Ordinary Americans” are impeccable. Dimon conveys Berg’s strength and drive as a content creator in a male-dominated world, her torment over the forces moving against Loeb, and the endearing appeal of Berg’s portrayal of Molly. Kwiat grows increasingly frustrated, then desperate as Loeb faces unfounded attacks. And as he’s bathed in a blinding white light for his testimony scene, he shows us Loeb’s shattered soul. 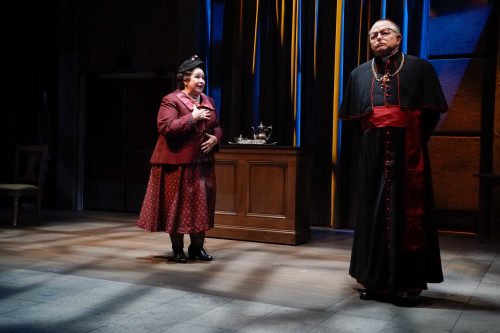 Donohoe nails each of his varied characters, from a folksy Dayton diner owner to the cocktail-loving Mintz to the less-than-sympathetic Cardinal Spellman. Wahl artfully differentiates his array of characters, most of whom have to deliver bad news – first about Loeb, then about the fading viability of an “ethnic” TV series – to Berg. Gardner brings great warmth to her portrayal of Fannie, Berg’s right-hand woman.

“Ordinary Americans” is an interpretation of a true story. The play is of a time when artists and free speech were under siege, when politicians damaged lives under the guise of patriotism, when cultural homogeneity crowded out the richness of America’s melting pot society. Without being heavy-handed about it, McDonough, Hayes and the cast underscore the continuing relevance of “Ordinary Americans.”

What: “Ordinary Americans” by Joseph McDonough

Where: GableStage at the Biltmore, 1200 Anastasia Ave., Coral Gables