Review: In ‘United Flight 232,’ courage arises in the face of disaster 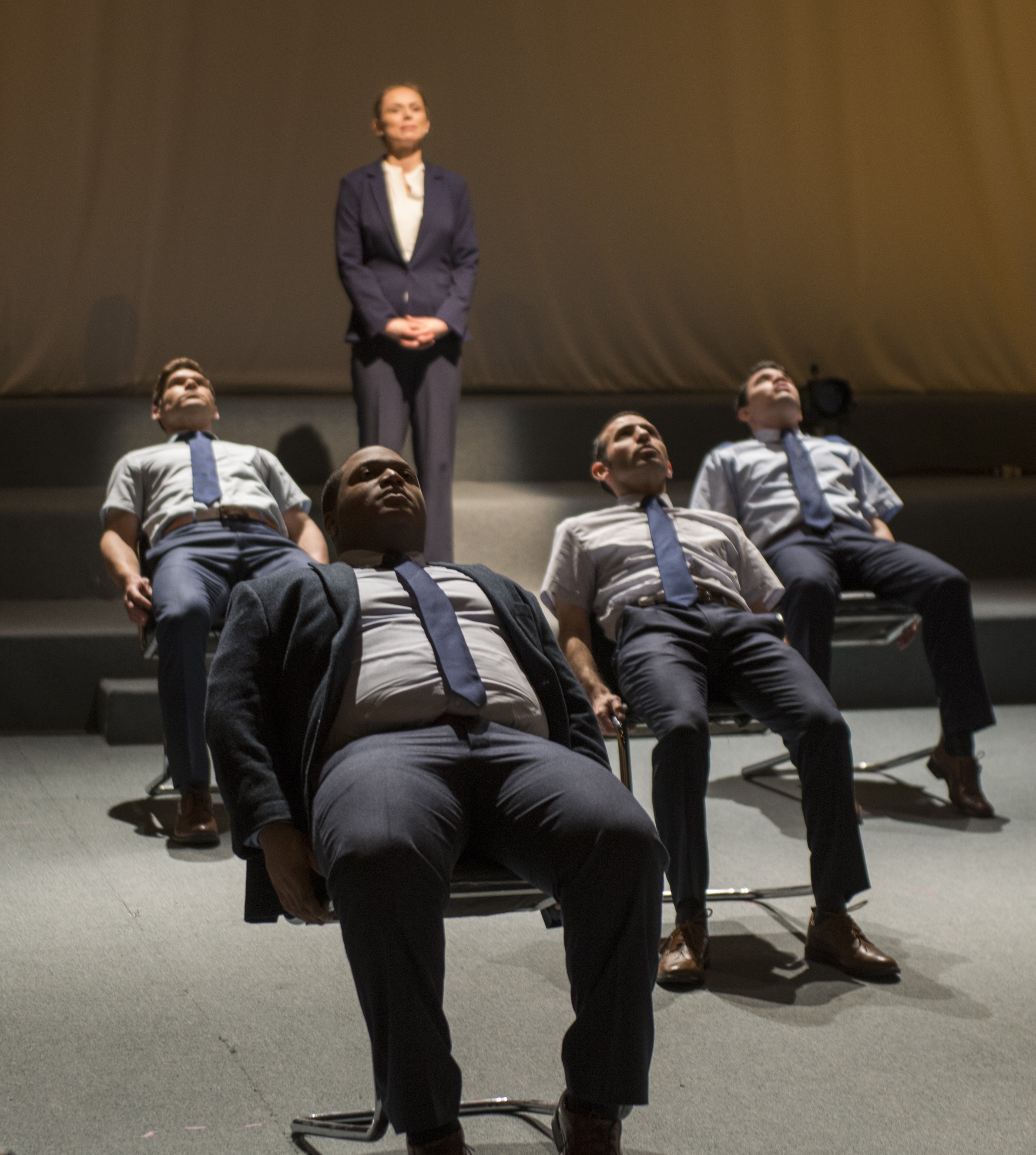 With two catastrophic crashes of Boeing 737 Max 8 planes less than six months apart, that leap of faith we make every time we board an airplane has again come into sharp relief. We depend on a seasoned crew and a perfectly maintained aircraft to deliver us safely from Point A to Point B. And in the vast majority of cases, that’s exactly what happens. But not always.

With “United Flight 232,” the House Theatre of Chicago has returned to Miami’s Adrienne Arsht Center for the Performing Arts, the company’s artistic home away from home, with a powerful play about a 1989 Denver-to-Chicago flight that didn’t go as planned.

Adapted by director Vanessa Stalling from Laurence Gonzales’ book “Flight 232: A Story of Disaster and Survival,” “United Flight 232” is a docudrama drawn from news stories, official reports, the memories of survivors and accounts from those involved before and after the plane’s crash on a sunny July 19, 1989.

In the tradition of such documentary theater pieces as “The Laramie Project,” “The Exonerated” and “Come From Away” (the musical that will play the Arsht Center June 18-23), Stalling’s play takes an actual life-and-death event and drills down artistically into the emotions and courage of those who lived it.

An ensemble of nine actors performs the piece, which debuted in Chicago in 2016, was remounted in 2017, and which won a pair of the city’s highly competitive Joseph Jefferson Awards (for best production of a play by a midsize theater and best ensemble). Seven of the nine actors in the Miami cast have performed “United Flight 232” in Chicago. At the Arsht Center’s Carnival Studio Theater, director-adapter Stalling again achieves intricate ensemble work from this diverse new configuration of actors: Brenda Barrie as chief flight attendant Jan Brown, the play’s narrator; and Adia Alli, Alice da Cunha, Elana Elyce, Tommy Malouf, Carlos Olmedo, Miami native Johnny Arena, Kroydell Galima and Michael E. Martin playing multiple roles as pilots, flight attendants, passengers and others. 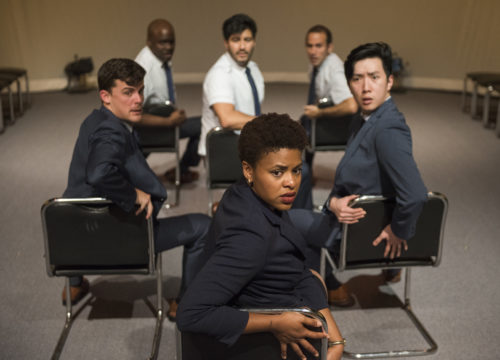 Ensemble members in the House Theatre of Chicago’s “United Flight 232” react to a sudden explosive sound in the docudrama, now at the Arsht Center. Photo courtesy Michael Brosilow.

If you caught the House’s popular “Death and Harry Houdini” during its two runs at the Arsht, you know that the company’s imaginative productions can be lavishly presented in terms of design elements. “United Flight 232,” on the other hand, demonstrates that the House can work its storytelling magic just as effectively with simpler tools.

Set designer John Musial creates the doomed DC-10 with little more than a collection of easily moved chairs. A white backdrop becomes the screen for Paul Deziel’s projections, including the diagram illustrating how the plane broke into five parts when it crash-landed beside a cornfield at Sioux Gateway Airport in Sioux City, Iowa. Delia Ridenour’s costumes consist mainly of airline uniforms and suits. Sound designer and composer Steve Labedz supplies music that subtly helps ratchet up tension. William C. Kirkham’s lighting picks out different characters as they speak, and hanging lamps become key to re-creating the moment when the plane slammed into the ground, killing 111 of the 296 people on board.

What happened to the plane a little more than an hour into its flight — the fan disk of its tail-mounted engine exploded, sending debris into the horizontal stabilizer and puncturing the lines of all three hydraulic systems — is a matter of record.

What “United Flight 232” illustrates is the way the human beings aboard reacted as the slow-motion disaster unfolded. The three pilots, soon joined by a DC-10 trainer who happened to be on the flight, struggled to do the impossible, trying to control a plane that kept pulling to the right, descending and threatening to turn upside down. The flight attendants, aware of the emergency after the explosion, kept serving food and drinks, calming passengers, then guiding them through the crash protocol and helping to save lives as part of the plane burned. 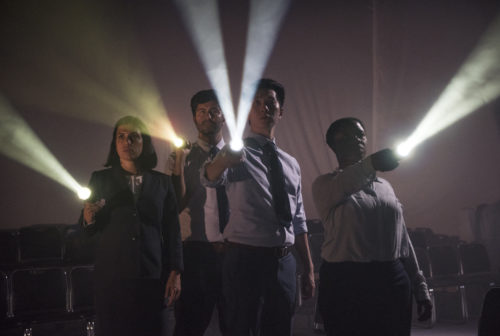 Actors simulate the effect of sunlight moving around the cabin of a DC-10 in the House Theatre of Chicago’s “United Flight 232.” Photo courtesy Michael Brosilow.

A 9-year-old boy traveling alone — one of more than 50 children aboard during a United “Kids Fly Free” promotion — quickly forges a friendship with the man seated next to him, and the grownup promises to protect him. That becomes a promise tragically fulfilled.

A woman consumed with the demands of her job has moments of clarity and reckoning, vowing to be a better wife and mother if somehow, miraculously, she survives. A flight attendant enters one of the plane’s bathrooms, locks the door and kneels on the dirty floor to pray. And Jan Brown, observing the impossibility of keeping the “lap children” (kids 2 and under seated on a parent’s lap, thus flying without their own seats) safe in a crash, finds a cause that will inform the rest of her career.

Absorbing and deeply moving, “United Flight 232” acknowledges both the miraculous beauty of soaring through the skies and the very rare but real possibility of disaster. The House production demonstrates the power of a theatrical story told simply — and brilliantly.

“United Flight 232” is a House Theatre of Chicago/Adrienne Arsht Center production running through May 19 in the Carnival Studio Theater at the Adrienne Arsht Center for the Performing Arts, 1300 Biscayne Blvd., in Miami. Performances begin 7:30 p.m. Wednesday-Saturday and 3 p.m. Saturday-Sunday. Tickets cost $50 and $55. Call 305-949-6722 or go to ArshtCenter.org.