Review: In ‘The Children,’ a nuclear winter of discontent arrives for one couple 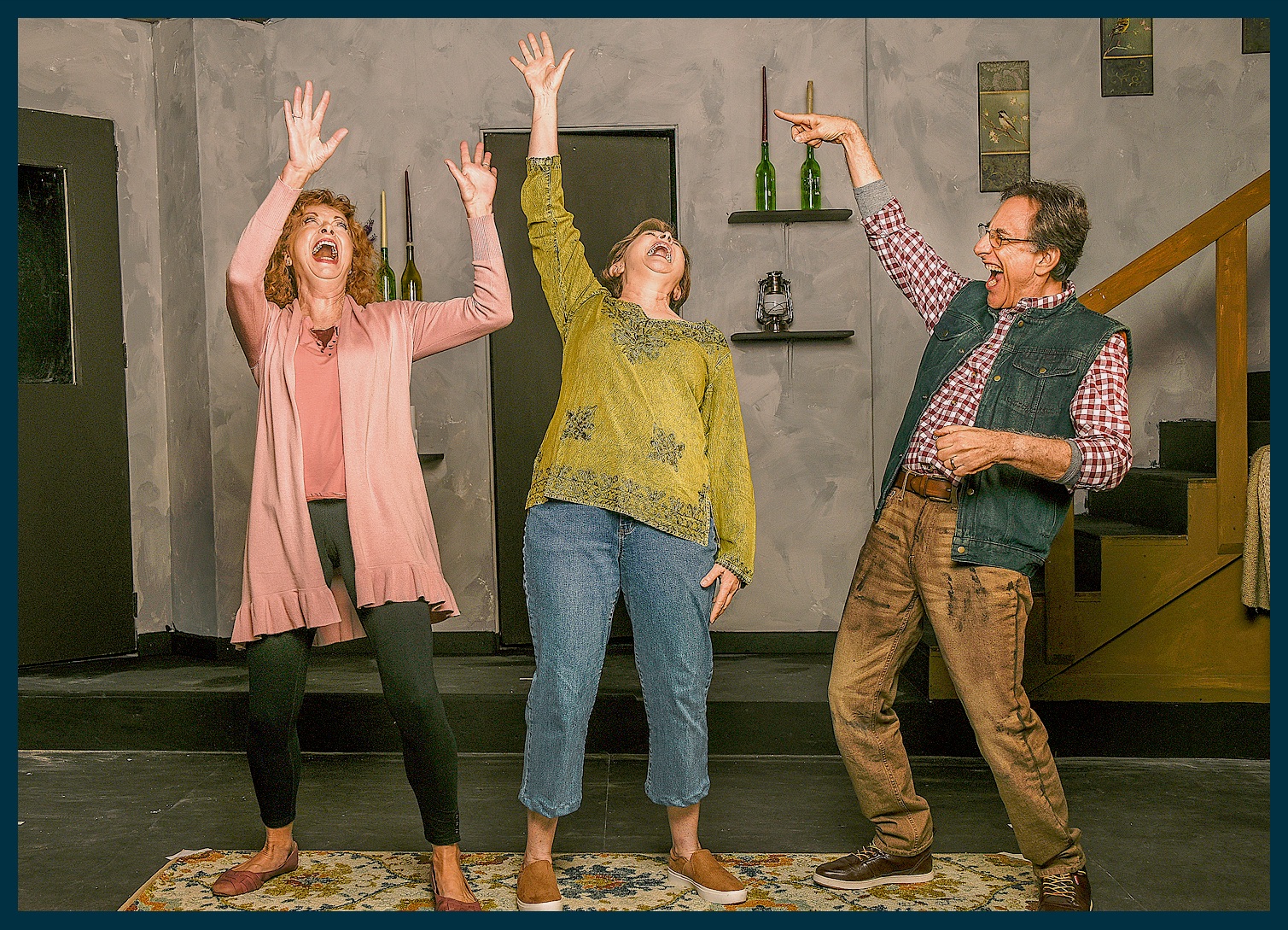 Some important decisions need to be made in Lucy Kirkwood’s “The Children.” But there’s no need to rush things. Under Michael Leeds’ skillful direction, and with three actors who are willing to uncover the vulnerabilities of each character, this dystopian drama, now playing at GableStage, becomes more than a lecture on climate change. Instead, the play is a multilayered study on human emotion, resilience and the fears that come with change.

Hazel (Laura Turnbull) and her husband, Robin (David Kwiat), both in their 60s, have moved to a seaside cottage on the East Coast of Britain, but not entirely through voluntary retirement.

Rose (Angie Radosh), a former colleague and friend they haven’t seen in decades, shows up at their door unexpectedly. She’s let herself in and startled Hazel. They are off to a nervous start, after Hazel’s accidentally giving Rose a bloody nose.

Yet soon they are catching up, discussing the couple’s children and what’s transpired since they last saw each other decades ago. Hazel confides she’s discovered two hairs on her chin, which she believes is a sign of her slow descent into old age.

At 67, she’s committed to doing whatever she can to stay healthy — she tells Rose she’s doing yoga. However, it might not be age that kills her. More life-threatening dangers wait outside their door. The power plant, where she and Robin worked as nuclear engineers and where Rose was a physicist, is leaking radioactive material.

Hazel and Robin have left their home and farm. Hazel says that even though it was a few miles out of the exclusion zone, she couldn’t stay. She could almost see the radiation hanging in the air, “a sort of filthy glitter suspended.” They’ve taken refuge in a borrowed cottage, where electricity is scarce, the only water they can drink is bottled, and milk is tainted and in short supply.

Kirkwood’s context for the play was the 2011 Fukushima Daiichi nuclear disaster in Japan, where an earthquake and tsunami triggered the worst nuclear accident since Chernobyl.

Hazel explains the horror that Kirkwood has envisioned for her play, a disaster that’s plagued a part of Britain, and it is vivid. She recalls the day she was making banana bread for her grandchildren. Her kitchen shook, the eggs on the counter began to shake, plates fell, and lights went out. And when she ran out of her front door, she saw that the road had cracked down the middle. It was the day the wave came.

It doesn’t seem far-fetched for Miamians to envision such a situation, since no doubt most people in any given GableStage audience have made hurricane preparations and are aware of the doomsday predictions of rising seas drowning Miami. It certainly makes Kirkwood’s play relatable.

In addition to the crumbling planet, “The Children” is also concerned with a bit of animosity between the women. The reason for this becomes clear when the hyperkinetic Robin enters the room. He’s been back at the farm, trying to clean up what’s left of it. Kwiat’s Robin is a bundle of mad-scientist energy. He’s a bit of a man-child, doling out homemade wine that he keeps stored away in a small cellar, and lecherous in his pining for a busty milkmaid with whom he had hoped to have his way.

Rose has more than a few secrets, but her big reveal comes near the end. She wants to sweep up Hazel and Robin in what she believes all of them should take responsibility for. She reminds them that they were there when the nuclear plant first opened. Acting every bit the interloper, Radosh’s Rose keeps the suspense building.

Kirkwood’s play, while modern, has an old-soul sense about it. Picture the family dramas of Eugene O’Neill, with their bickering and underlying tensions, or the apocalyptic writings of Sam Shepard.

Leeds and his cast make much of this complex script. The actors employ British accents, and they masterfully allow the dialects to reflect their characters. Rose has spent time in America, and while Robin asks her if she’s lost any of her accent, she admits that perhaps she has succumbed to a bit of Yankee. Nemesis Hazel chides her by saying she’s adopted some of the colloquialisms: “kids,” “sneakers” and other things the English would never say. Now, they are acting like children.

Turnbull’s dialect is a bit homespun, while Kwiat’s has a bit of the affectation of a learned professor.

“The Children” is gloomy, but it makes time for levity. When Rose plugs in her Apple computer and puts on a song from 41 years earlier, the trio forgets what’s outside the door and what has transpired in their past. When Hazel takes the lead as she shows the couple moves she created, the three forget what tore them apart and the decisions that will shape their future.

Set designer Lyle Baskin has created a realistic living space, and you can almost smell the musty odor that wafts through a typical seaside cottage. Tony Galaska’s lighting captures the mood of the piece, the characters caught in a small home that isn’t their own, lit only by gas lanterns and candlelight, and then brightness with the small ration of electricity that flickers on. Sounds of the sea and other scene setters are created by Matt Corey, costumes by Emil White and props by Beth Fath.

This is a play about hidden secrets, fears, responsibilities and the questions that surface in the face of crisis and conflict. GableStage packs a tidal wave of emotions into a one-act, 90-minute play. The result is seismic.