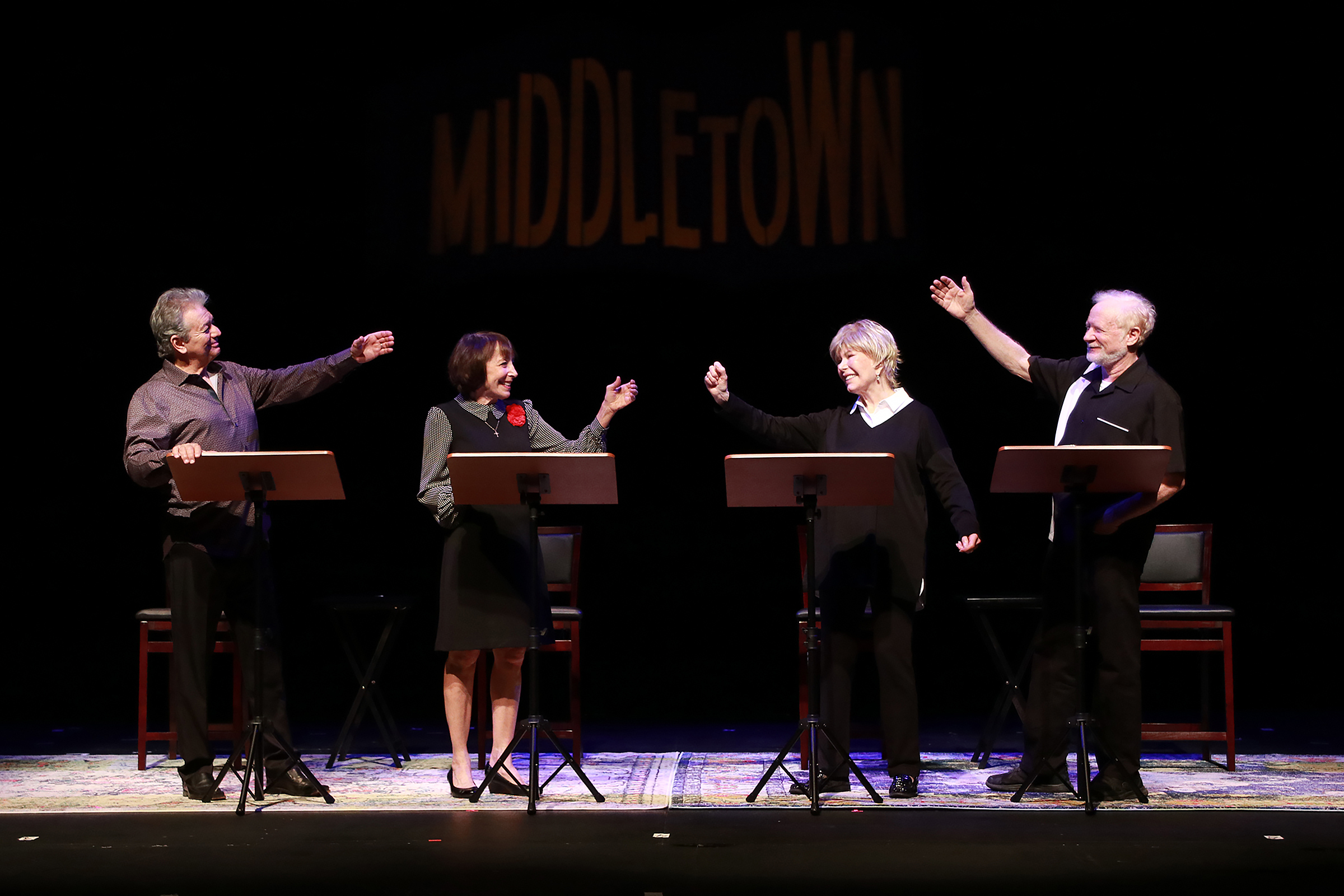 After the long pandemic shutdown, theaters in South Florida and all over the country are getting back to business as usual. Actors’ Playhouse is reemerging strategically.

The company began cautiously welcoming back audiences in August-September with “¡FUÁCATA! or A Latina’s Guide to Surviving the Universe,” a solo show cowritten by actor Elena María García and director Stuart Meltzer. It will get back to large-scale production with the Gloria and Emilio Estefan bio musical “On Your Feet!” from Jan. 26 to March 6, 2022.

In between, onstage now and running through Dec. 12, is Dan Clancy’s four-character play “Middletown,” presented by Actors’ Playhouse and GFour Productions. (This is not, it should be noted, Will Eno’s 2010 play also titled, “Middletown.”)

As some theater-savvy folks in the region may recall, “Middletown” launched in Boca Raton’s Lynn University as part of the late Jan McArt’s New Play Reading Series in 2016, then had a production at Boca’s Levis Jewish Community Center, earning it a Carbonell Award nomination as best new work. Clancy, who splits his time between Fort Lauderdale and New York, is also the author of “The Timekeepers,” which received multiple Carbonell drama and design awards. 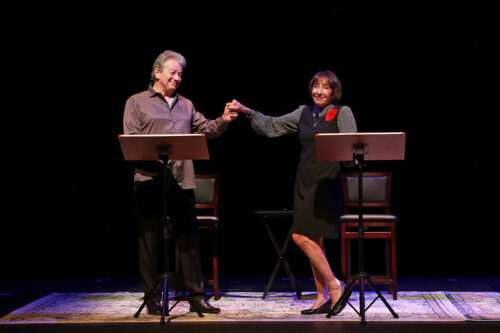 For “Middletown,” Clancy has embraced a style similar to the one used by A.R. Gurney in his 1988 play, “Love Letters,” a Pulitzer Prize finalist.

Instead of having the actors learn their lines and perform the play on a traditional set, Clancy and director Seth Greenleaf place their stars on a stage sporting nothing more than four chairs, a pair of tables holding tissues and water, and four music stands holding scripts. The actors – Didi Conn, Adrian Zmed, Loretta Swit and Donny Most – read their dialogue and interact as performers at staged readings do, smoothly referencing the text as they find connective moments with each other.

For presenters and performers, the beauty of this approach is that famous actors can parachute into a show without having to memorize the script or learn elaborate blocking.  Conn, Zmed and Most have done “Middletown” before. Swit is a new addition, but the combination works and will likely deepen during the Coral Gables run.

“Middletown” is, as Conn’s character confides in a brief introduction at the top of the show, a play about remembering. It charts the 45-year friendship of two New Jersey couples, Peg and Tom Hogan (Conn and Zmed) and Dotty and Don Abrams (Swit and Most).

The gals originally meet while dropping off their daughters at kindergarten, becoming fast friends over cups of coffee. In time, they engineer a dinner with their husbands and, though Don is the blue-collar owner of a pool company and Tom a business executive with a penchant for poetry, the men hit it off too. Thus begin regular Friday night dinners at an Italian restaurant and a decades-long involvement in each other’s lives.

Performed by Boomer actors and aimed squarely at that demographic, “Middletown” touches on historical flash points – the Sept. 11 terrorist attacks, for instance, become devastatingly personal for one couple – as well as familiar life events. References to religion, politics, favorite foods or drinks, and astrological signs are designed to get little pings of recognition. Diving deeper, parenting, teen rebellion, sexual orientation, illness, infidelity, death and much more figure into the 90-minute play. 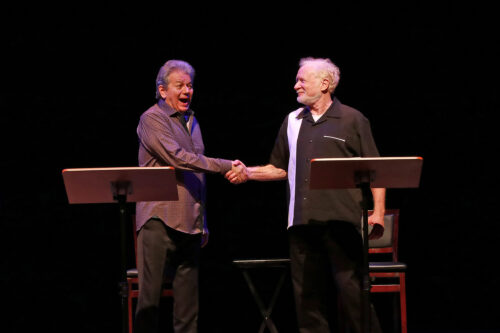 Part of the allure of the show from the audience’s perspective is watching the quartet of familiar actors perform. Conn played Frenchy in the “Grease” and “Grease 2” movies, while the others are best-known for their TV roles. Most was Ralph Malph on “Happy Days;” Zmed starred on “T.J. Hooker;” and Swit was a two-time Emmy Award winner as the edgy Major Margaret “Hot Lips” Houlihan on “M*A*S*H.” These roles are emphasized in publicity materials, but if you take time to dig into their program bios, you’ll see that all have extensive credits in theater, film and television.

Their polish and experience inform their performances. Conn’s Peg is vulnerable, unsure about many aspects of her life, ultimately a woman who personifies the old-fashioned adjective “dear.” Zmed’s Tom is suave, charming and appealing, yet capable of inflicting great pain. Most’s Don is a salt-of-the-earth guy, while Swit’s Dotty is simply salty, a take-no-prisoners former teacher who never hesitates to say exactly what she means.

“Middletown” is more than a minimally rehearsed staged reading, less than a fully developed and staged play, arguably overpriced at $90 for an up-close seat on a weekend.  If you had to describe it, “pleasant” is a word that comes to mind. And “touching,” occasionally.

To read our preview for this play, click here.

WHAT: “Middletown” by Dan Clancy

COST: $40-$90 (age 65 and older get $10 off weekdays only; students age 25 and younger with valid student ID pay $15 for a rush ticket available 15 minutes before a weekday performance)

SAFETY PROTOCOLS: Audience members age 12 and older are required to provide one of the following: a negative COVID-19 PCR result for a test conducted within 72 hours OR a negative COVID-19 Antigen result for a test done within 24 hours before the show OR proof of full COVID-19 vaccination. All audience members are required to wear a face covering at all times, “except when eating and drinking in designated areas,” according to the theater website.