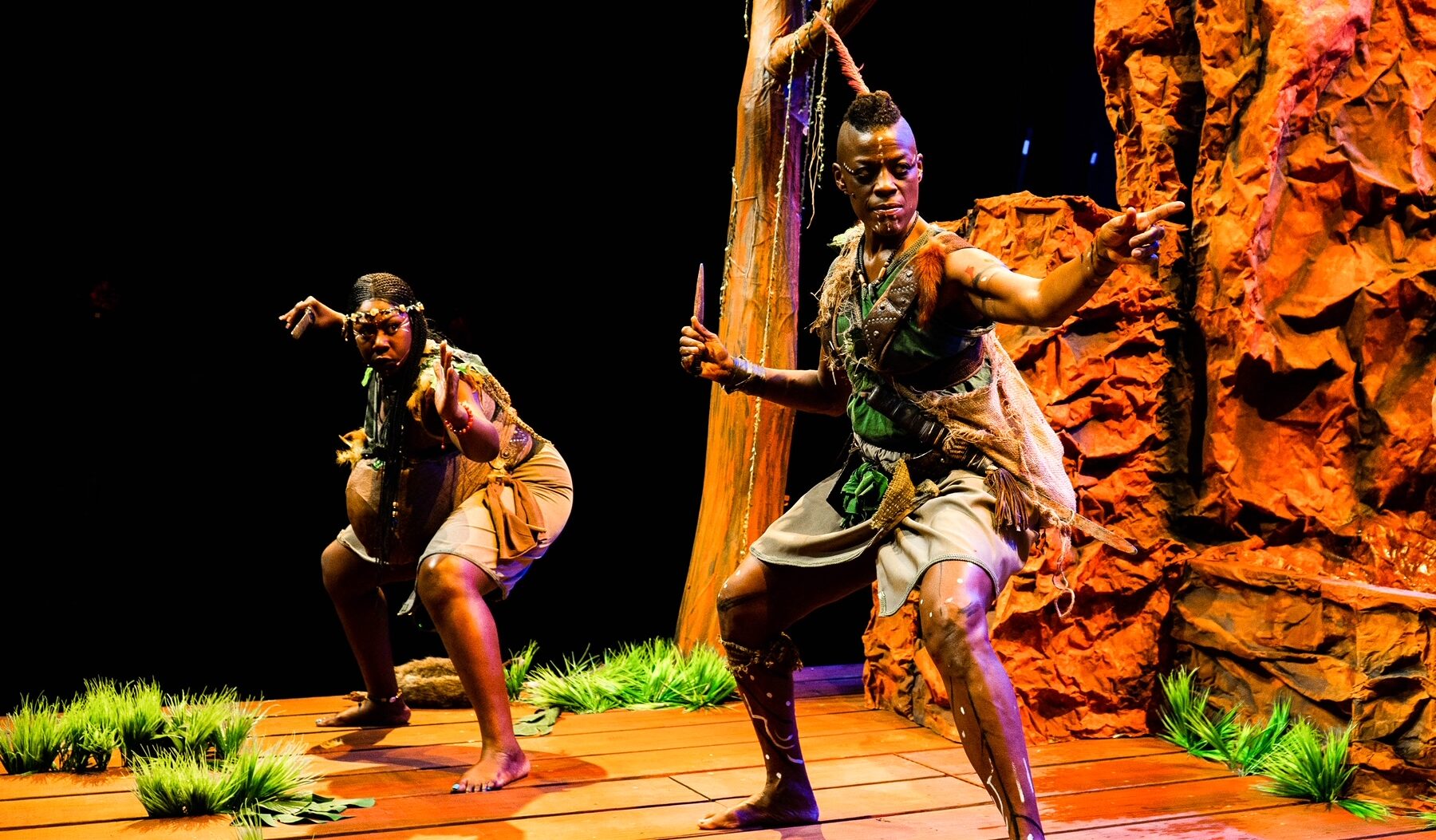 The characters played by Toddra Brunson and Aixa Kendrick are ready for battle in M Ensemble’s production of “The Dahomey Warriors.” (Photo/Christa Ingraham)

The works of Layon Gray have been an inspiring fit for Miami’s M Ensemble ever since the 50-year-old company inaugurated its new home at Liberty City’s Sandrell Rivers Theater with the playwright’s “Kings of Harlem” in 2017.

That production of the piece about members of the Harlem Renaissance Black pro basketball team circa 1939 won several key Carbonell Awards, and it led to the company staging Gray’s “Meet Me at the Oak” (a family-inspired play about racism set in the mid-1950s) in 2019 and “Cowboy” (about a Black 19th-century U.S. marshal) in 2021.

Gray has now returned to M Ensemble with a Black History Month production of his play “The Dahomey Warriors.” First staged in 2017 under the title “Black Sparta” in New York, the play was also done at 2017’s National Black Theatre Festival and at a Pittsburgh theater in 2018.

Rechristened “The Dahomey Warriors,” the play is, like so much of Gray’s work, steeped in history. It was inspired by a regiment of fierce women soldiers who fought in the West African kingdom of Dahomey (now the Republic of Benin) from the 17th century to the end of the 19th century.

Although they were called Amazons by invading Europeans, the women referred to themselves in the Fon language as “Mino,” which translates to “our mothers.” Motherly is not, however, a quality that comes to mind in relation to a group whose motto was “conquer or die,” whose activities included beheading and drinking the blood of their enemies and sending off some of their captives to be enslaved. The Dora Milaje women warriors in “Black Panther” were inspired in part by the female soldiers of Dahomey.

Gray, who directed and appears in the play at M Ensemble, sets his drama in 1892, when the French were expanding their colonization of Dahomey and some 25 years after the end of the barbaric transatlantic slave trade. Since an intimate theater space isn’t conducive to re-creating vast battles or delivering the kind of history lesson more suited to a classroom, Gray evokes the time, the place and, most significantly, the people with a smaller-scale story.

General Oni (Aixa Kendrick) has come to a place of beautiful solitude to train the king’s privileged daughter, Ebele (Asilia Neilly). It’s the last thing that Oni wants to do, but because the Mino leader unfailingly obeys the monarch, she complies – though not without giving her charge a hard time verbally and physically. 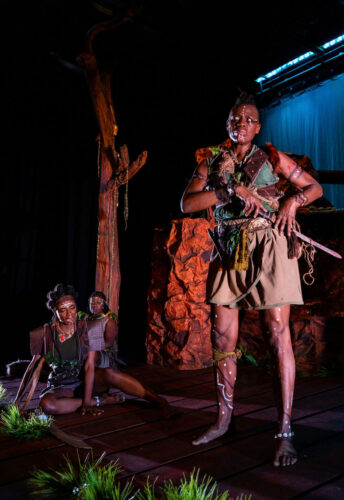 The two are soon joined by Kunto (Toddra Brunson), a Mino who is hours or minutes away from giving birth to the king’s baby. Hovering nearby, howling and threatening and retreating, is a hyena named Arrali (Iman Clark), whose relationship with Oni is particularly intense. The three women speak of war, troop losses, the invading French. Though it is forbidden, they remember a time when people and animals lived together in peace underground. They talk of rival gods and cultures, of the fatal price paid for disobedience.

That’s about all of the story that can be told to keep it spoiler-free for audiences who want to see it during its run through Feb. 27, 2022.

“The Dahomey Warriors” illuminates a significant piece of Black history during the month devoted to celebrating it. The story of valiant African warrior women from a nation overrun by French colonizers is universally compelling, and thus far the creative partnership between the thought-provoking actor-director-playwright and Miami’s oldest still-producing theater company has been impressive. But know this: “The Dahomey Warriors” is not nearly as accessible as Gray’s three previous works at M Ensemble.

Part of the problem is that if you don’t know much about the history of the women warriors, references to places, battles, practices and people mean little. The larger problem is that the dialogue blends heavily accented English (the lines are written to be spoken that way), broken Yoruba and French. This renders some segments of the play nearly incomprehensible, which can be frustrating for the audience and is unfair to the artists. 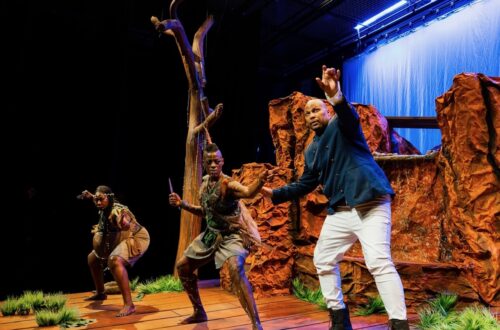 In theater, communication is key. And though the athletic and commanding Kendrick has played Oni in every production of the play so far, though Neilly and Brunson believably inhabit their characters (Brunson’s Kunto with the disadvantage of having to give birth at record speed, then immediately dash off to war), finding a way to more deeply connect with the audience needs to be a priority.

As director, Gray pulls off some highly theatrical moments, none more chilling than his re-creation of a slave ship as Abioye is evoking his earlier fate. He is also an eminently engaging actor, but in truth he’s not the right age to play Abioye. Kornegay is properly the imperious bully as the colonel, though his tricorn hat distractingly keeps slip-sliding on his head.

Set, lighting and projection designer Mitchell Ost creates a multilevel playing area complete with a small waterfall, which mixes with music, the sound of crickets and the cries of animals. Costume designer Dunia Pacheco makes the women look ready for combat and the men appear ready to colonize (except for that hat). Fight choreographer Diego Villada keeps the actors safe as they battle with a slightly restrained ferocity.

Gray is, without a doubt, a playwright who is deft at blending history and his own imagination. This time, though, his quest for authenticity gets in his way.

COST: $26 for general admission; $21 (at door only) for students and seniors