Review: At GableStage, ‘Kings’ provides a darkly funny look inside the D.C. universe 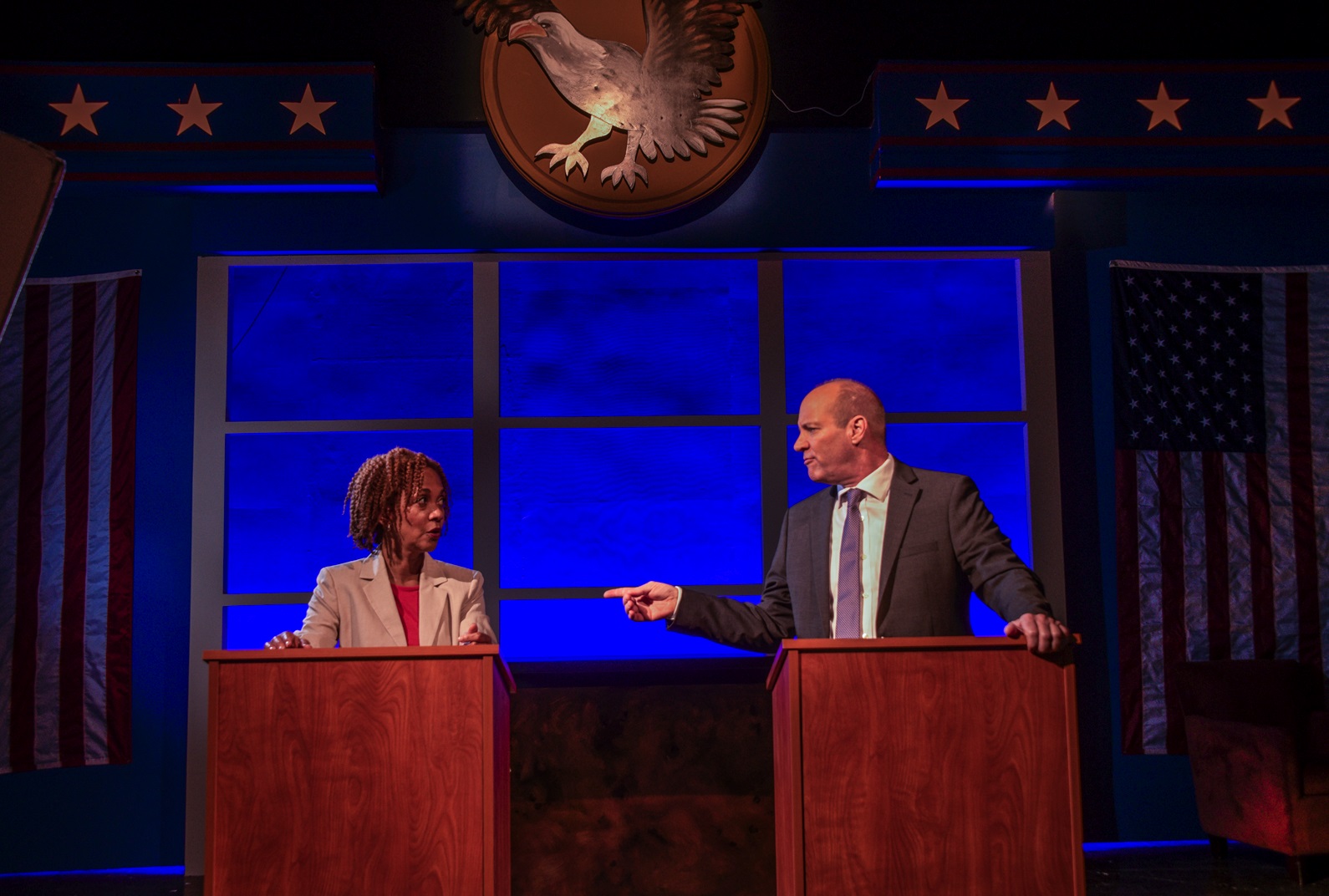 For those who view congressional wheeling and dealing as a special interest-funded political version of “Game of Thrones,” Sarah Burgess’ play “Kings” confirms their worst suspicions about the fraught relationship of politicians and money.

After taking on the machinations of ruthless private equity firms in “Dry Powder,” which was produced at GableStage in 2017, in “Kings” Burgess focuses on the relationship between members of Congress and the ubiquitous lobbyists who funnel money to their campaigns.

The 90-minute play, staged by GableStage artistic director Joseph Adler (with Edson Jean serving as associate director), in part deals with a complex issue that may mean little to many in the audience: the carried interest tax loophole for private equity-fund managers.

But the play’s dark comedy comes from the way Burgess goes after deeper, more relatable subjects. Those include the tensions between idealistic, less experienced politicians and veteran ones who have spent years playing the Washington game, as well as kiss-up lobbyists pitching legislation favorable to their clients’ interests in exchange for hefty donations that make the political world go round.

The lobbyists in “Kings” happen to be a pair of savvy, attractive young women who used to be a couple. Kate (Diana Garle) represents a variety of medical associations, and though she can flatter with the best of them, she also won’t waste her time on politicians who aren’t willing to deliver. Lauren (Leah Sessa), a banking and finance lobbyist whose wife is head of the Securities and Exchange Commission (hello, huge conflict of interest), doesn’t drop her ingratiating mask when the pols are in the room. But she, too, is a master of manipulation. 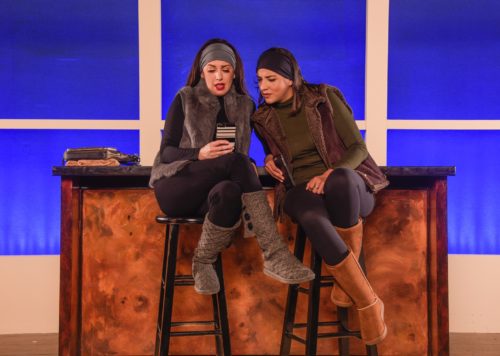 The women’s focus is on a pair of Texas politicians. Sydney Millsap (Karen Stephens) is a new member of the House of Representatives, a black Gold Star widow who prevailed in a special election to fill a vacant seat representing a North Dallas district. Sen. John McDowell (Tom Wahl), eyeing a presidential bid, is as slick as they come, turning the charm on and off, flawlessly navigating the shark-infested Washington waters.

From the get-go, Sydney proves a problematic politician. Although not a headline maker in the style of Rep. Alexandria Ocasio-Cortez, she makes it clear that although she’ll accept donations from special-interest groups, she won’t follow their playbook. She’ll vote to serve the best interests of her constituents, a move that feels like a novel concept in pay-to-play Washington. Although she describes her fellow politicians as people who “pretend their spines are made of anything stronger than warm queso,” hers is forged from steel.

When McDowell tries to persuade her, over drinks in a D.C. watering hole, to take a lavishly compensated job in the private sector rather than standing for reelection — he has a favored candidate for her seat — she decides instead to take on McDowell in the primary. Their debate becomes one of the highlights of the play, as the telegenic rivals smile and trade artful barbs, with McDowell making a rare, cringe-inducing mistake.

Although some of the dialogue in “Kings” is dense and technical, the play has plenty of wit and resonance. When Kate offers the platitude “America is a project in pursuit of a beautiful idea,” Sydney’s facial expression calls BS on her insincerity. McDowell describes politicians as being “in a permanent state of reapplication” for their jobs. True enough. Some of the more amusing scenes take place in a Chili’s in Alexandria, Virginia, with Sydney schooling Kate on the history of the sizzling fajita. 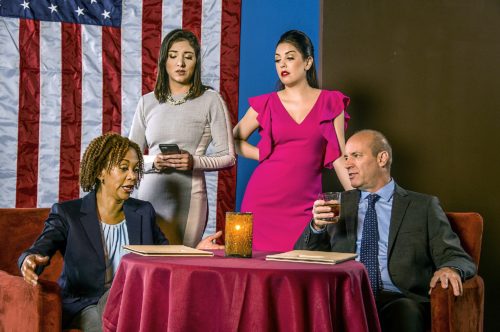 Although on opening night the actors were still reaching for certain lines, all four vividly inhabit their characters. Stephens, with her expressive face and nuanced delivery, is in fine form as Sydney, the outsider who refuses to capitulate to the way things are done. Wahl shines as the rough-and-tumble, world-weary politician. Sessa makes Lauren calculating, avaricious and hard to resist. Garle’s Kate, entrenched in the system and frank to the point of rudeness, takes the biggest journey as she comes to appreciate the way Sydney is trying to defy the system.

Set designer Lyle Baskin renders the play’s multiple locations simply, with furniture here and a bar there, as details of the locale and time of each scene are projected on either side of the set. Graphics designer Alejandro Martin contributes political posters as well as the show’s logo, an American flag surrounded by money, a concise summary of Burgess’ take on Washington. Thomas Shorrock supplies the lighting that defines and sets the mood of each scene, while costume designer Emil White gives the handsomely compensated lobbyists dressed-to-dazzle wardrobes. Sound/music designer Matt Corey’s score, like Shorrock’s lighting, subtly manipulates mood.

For those who are frustrated with and beyond weary of a Washington that no longer seems to function, the behind-the-scenes “Kings” may seem like one more chapter in the dispiriting saga of a broken system. But Burgess’ play — observant, funny, sobering — shines the light on truth, a precious but increasingly rare commodity.