Review: Arsht Center’s ‘Hamilton’ lives up to its reputation, in every way 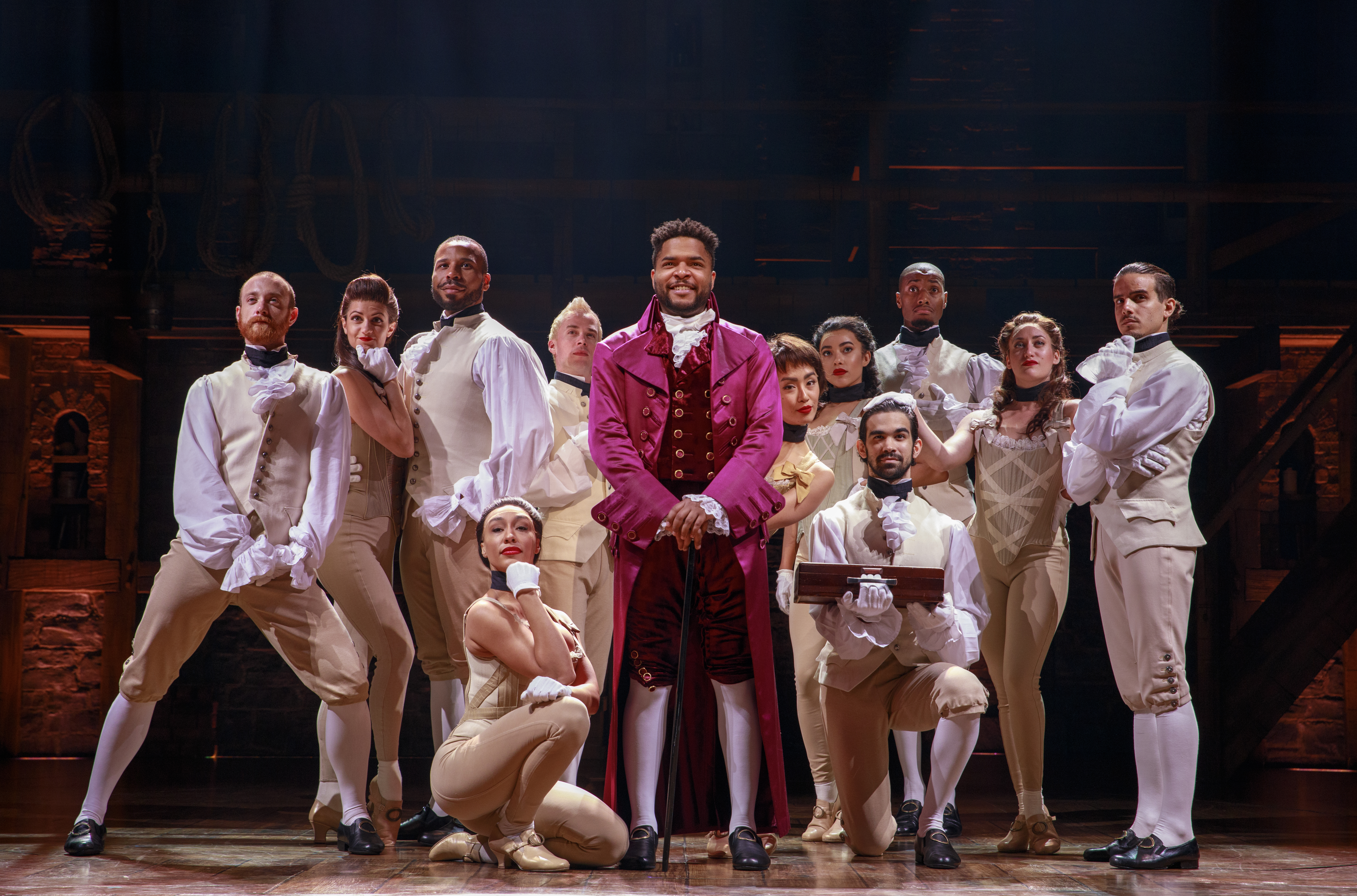 Last season, undisputed honors for the hottest theater ticket in town went to Lin-Manuel Miranda’s Pulitzer Prize-winning “Hamilton” in its regional debut at the Broward Center for the Performing Arts.

This season, the “Hamilton” love continues unabated, albeit with a different touring company of the same show. Fresh from three weeks at the Kravis Center in West Palm Beach, the “Angelica” cast has begun a four-week run at Miami’s Arsht Center. The actors are different from the ones in the “Philip” cast who played Fort Lauderdale last season, and of course each brings his or her interpretive skill set to these now-famous roles.

But as the silent attentiveness to specific moments and the appreciative roars at the end of multiple numbers so clearly demonstrate, the play (or musical, in this case) is resoundingly the thing. Everyone from diehard “Hamilfans” to first-timers in the audience is there to experience the groundbreaking vision of Miranda and his creative collaborators.

From its sold-out debut at New York’s Public Theater in 2015, “Hamilton” has been a piece of wildly inventive yet carefully crafted theater and a cultural phenomenon.

MacArthur “genius” grant winner Miranda, director Thomas Kail, musical director-orchestrator Alex Lacamoire and choreographer Andy Blankenbuehler set out to tell the story of the “ten-dollar Founding Father” by bringing a great man’s history to life, flaws and all, from a 21st-century perspective. 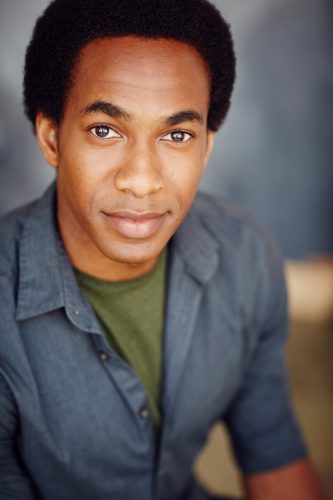 The warts-and-all success story, which frequently pits the baldly ambitious Hamilton (Edred Utomi) against his more cautious rival Aaron Burr (Alexander Ferguson), is told largely by actors of color. Miranda, whose roots are Puerto Rican, originated the title role. Beyond casting lead roles with actors whose triple- threat talents get showcased in a theatrical phenomenon, the choice reinforces the evolution of the country Hamilton and his revolutionary contemporaries helped establish.

In terms of touring Broadway, each element of “Hamilton” is of the highest caliber: from David Korins’ massive brick-and-wood set to costume designer Paul Tazewell’s alluring interpretation of revolutionary style; from the hurricane-summoning and mood-underscoring lighting by Howell Binkley to the clarity of Nevin Steinberg’s sound design. Conductor Patrick Fanning leads a superb eight-piece orchestra. At certain moments, the simple accompanying sound of keyboard and strings makes the massive Ziff Ballet Opera House feel positively intimate.

Part of the joy of seeing different casts perform “Hamilton” is appreciating the way the chemistry changes as performers interpret the roles. Director Kail and choreographer Blankenbuehler don’t force carbon-copy performances, so even for those seeing “Hamilton” multiple times, there are fresh discoveries to be made. 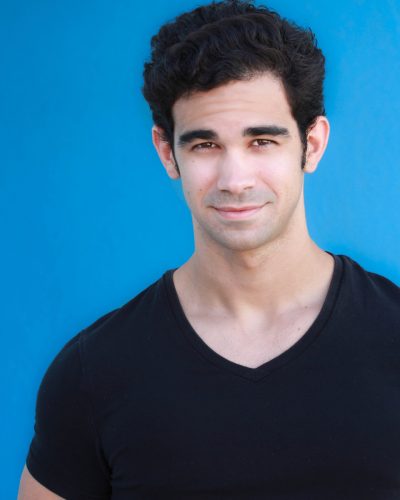 In Miami, Utomi’s Hamilton is at first the unpolished newcomer, then a quick study who ingratiates himself into the circles of power. The actor is a wonderful singer and dancer who slays in his critical (and comical) rap battles with Bryson Bruce’s cocky Thomas Jefferson. And his seduction scenes with Olivia Puckett’s Maria Reynolds – he’s dressed in vibrant green, she in fallen-woman red – positively sizzle.

Ferguson, a standby actor for five characters (Hamilton, Burr, John Laurens/Philip Hamilton and King George), performed as Burr at a considerably hotter temperature than Broadway original Leslie Odom Jr. Playing the show’s sometime narrator and the man who ended Hamilton’s life at 49 in a duel, Ferguson is a great singer-dancer, and his work on “The Room Where It Happens” is a study in ravenous ambition.

As the Marquis de Lafayette in the first act, Bruce is difficult to understand, perhaps because of the too-heavy French accent he uses. Once he switches to playing Jefferson in the second, the actor oozes confidence, calculation and charisma, and his look-at-me rosy frock coat is just right for a performer who seems to dance with goofy abandon.

Tall and deep-voiced, Paul Oakley Stovall is a literally commanding George Washington, moving as he sings the nostalgically bittersweet “One Last Time,” and funny as he appropriates the style of a wrestling announcer to referee the Jefferson-Hamilton rap battles.

As King George, who can’t quite believe that his rebellious colony is slipping away, Peter Matthew Smith combines bemusement with menace. On Broadway, the wonderful Jonathan Groff played the king as controlled if somewhat silly, pleasantly smiling even as he threatened to kill the colonists’ friends and families. Smith’s king more obviously struggles to maintain a deceptive decorum, and he’s all the funnier for it. 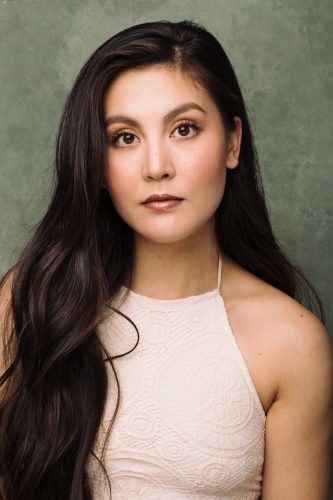 Zoe Jensen plays Eliza Schuyler Hamilton as a loving wife who encourages her workaholic husband to engage more with the family. (Photo courtesy of “Hamilton”)

Then there are the two loves of Hamilton’s life: one actual, the other exaggerated by Miranda for dramatic effect. Zoe Jensen is a sweetly besotted Eliza Schuyler Hamilton, a loving wife who encourages her workaholic husband to engage more with the family and then transmits the sorrow of her broken heart as she sings “Burn.” Stephanie Umoh plays her elder sister, Angelica Schuyler, Hamilton’s mental match, though she keeps her attraction unrequited for Eliza’s sake.

In every way, “Hamilton” lives up to its reputation. The musical is enlightening, deeply touching, thoroughly engaging. It’s the work of creators at the top of their game. If you love great theater, don’t throw away your shot while the show is in town. Whether you buy a ticket or enter the daily #HAM4HAM digital lottery, you need to be in the room where “Hamilton” happens.

What: “Hamilton,” by Lin-Manuel Miranda