Review: ’37 Postcards’ is stamped with weirdness 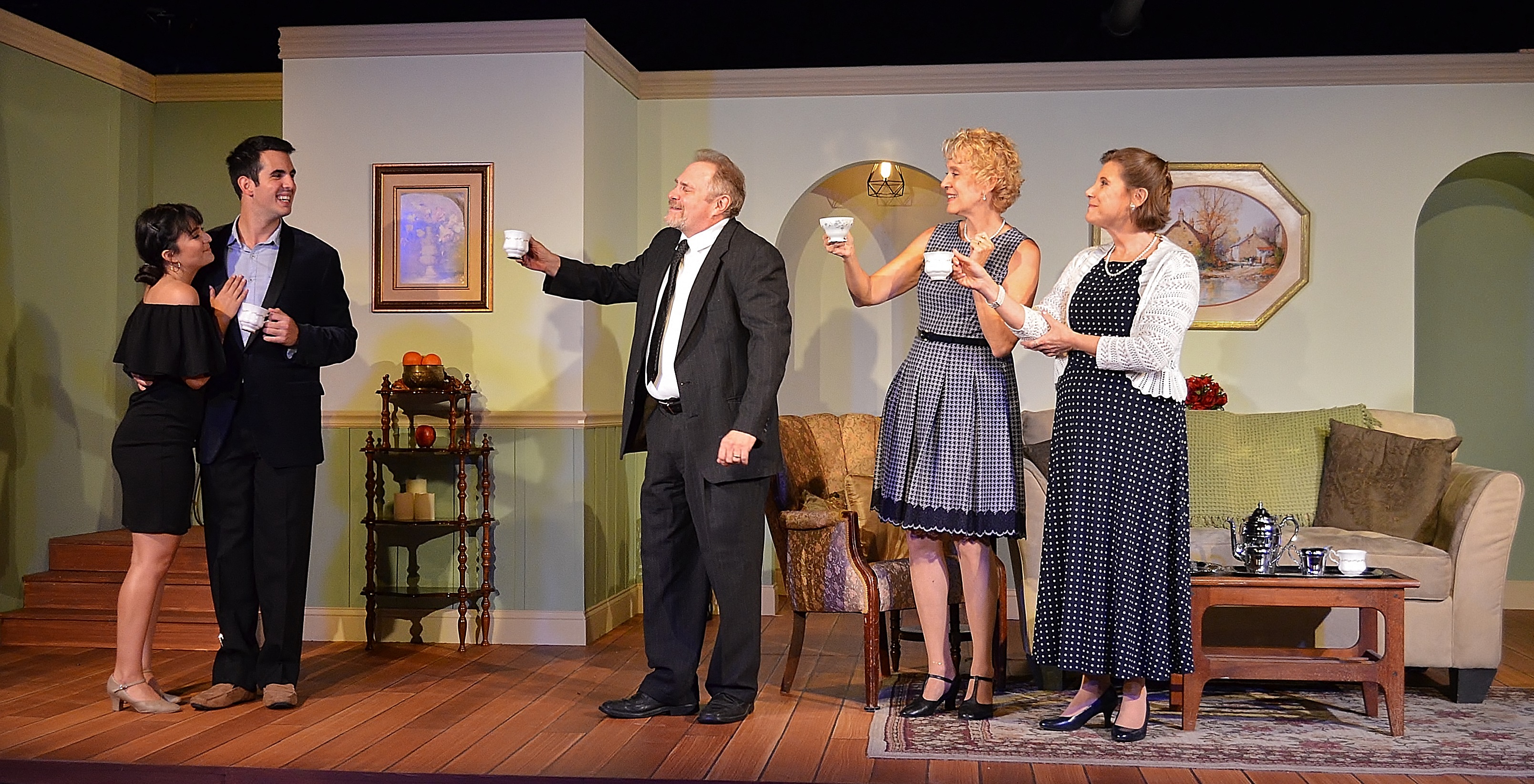 Take a zany family comedy like “You Can’t Take It With You,” add a touch of theater of the absurd, and the result would be a play very much like Michael McKeever’s “37 Postcards.”

After premiering in 1998 at New Theatre in Coral Gables, this early work by the prolific, much-honored South Florida playwright has been produced by theaters all over the United States, in Canada, Germany, Austria and Poland. Now, it has come full circle, landing back in the area at Main Street Playhouse in Miami Lakes, where McKeever himself sat front-and-center on opening night, laughing along with the rest of a delighted audience.

Although director Chris D’Angelo and the production’s six actors don’t come charging out of the starting gate — it takes a bit of time for the performers and the audience to sync up in the play’s kooky stylistic groove — theatergoers are soon howling as the members of the upper-crust Sutton family boggle the minds of their prodigal son and his bewildered fiancée.

Avery Sutton (Daniel Llaca) has returned to the family home in Darien, Connecticut, after eight years of trust fund-subsidized travel. Gillian Moore (Isidora Miranda), a sizable rock sparkling on the third finger of her left hand, has come back from Paris with him to be introduced to her future in-laws.

Any meet-the-parents experience is likely to be a combination of best-behavior politeness and nerves. But this one? It’s just through-the-roof bizarre.

Avery’s mother, Evelyn (Lory Reyes), is the picture of stylish distraction. She keeps mistaking Gillian for the family’s missing maid, but whenever she’s set straight, she calls her future daughter-in-law by the wrong name — Julia, Justine, Juliet and so on.

Father Stanford (Peter Librach) is a “pip pip, cheerio” type, so devoted to golfing that he always seems about to go outside to hit a few balls, even in the dead of night. Aunt Ester (Francine Birns) is a wizard in the kitchen when she’s not plying her accidental yet lucrative trade: talking dirty to the elderly men of Darien on the phone.

The nonagenarian Nana (Fern Katz) is the biggest surprise of all, mainly because most members of the family thought she was dead (in fact, she was living in a little room off the kitchen) and because of her comfort with vulgar speech. “Two-bit whore” is one of the milder things she calls Gillian. 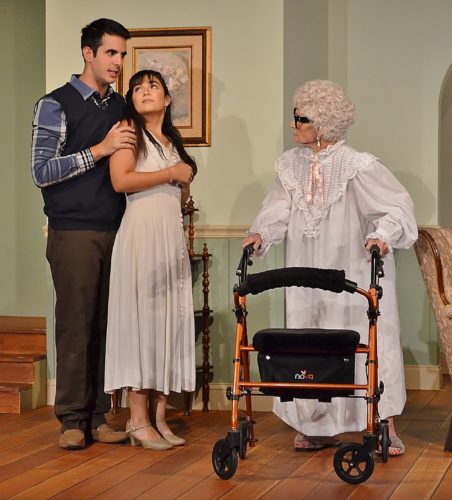 Although “37 Postcards” is the work of a younger, less experienced playwright, the script solidly showcases two of McKeever’s particular gifts as a writer: He’s a master of the hilarious zinger, and he’s able to infuse even the most raucous comedy with poignant truths. Here, he examines how we cope with illness and tragic loss, how the mundane tasks of everyday life become armor shielding us from debilitating pain.

The compact size of the Main Street Playhouse stage doesn’t lend itself to creating the interior of a wealthy family’s sprawling home, but set designer Amanda Sparhawk suggests old-money elegance in miniature. Some of Ingrid Ojeda’s costumes seem dated and not quite right for such upper-crust characters. But the designer gets Aunt Ester’s classic yet eccentric style just right, makes the slender Evelyn the very picture of a tasteful Connecticut matron in pearls, and has fun with the outfit Gillian wears when she’s ready to flee the Sutton craziness.

D’Angelo gets solid performances from his cast, although Llaca’s Avery comes across as a little too passive, and Librach doesn’t always remember to use Stanford’s tony manner of speaking. Reyes and Birns convincingly inhabit their upper-class characters, powering through pain with different coping mechanisms. Miranda, making her professional debut as Gillian after graduating from Florida International University, hits all the right notes: bewilderment, shock, a distinctly darker side. The diminutive Katz, a veteran community-theater performer, uses Nana’s walker and potty mouth to nearly steal the show.

In “37 Postcards,” McKeever suggests that you can go home again, and that those who know you best can help you heal. Just watch out for exploding toilets.