‘Real Women Have Curves’ and Can Laugh About It 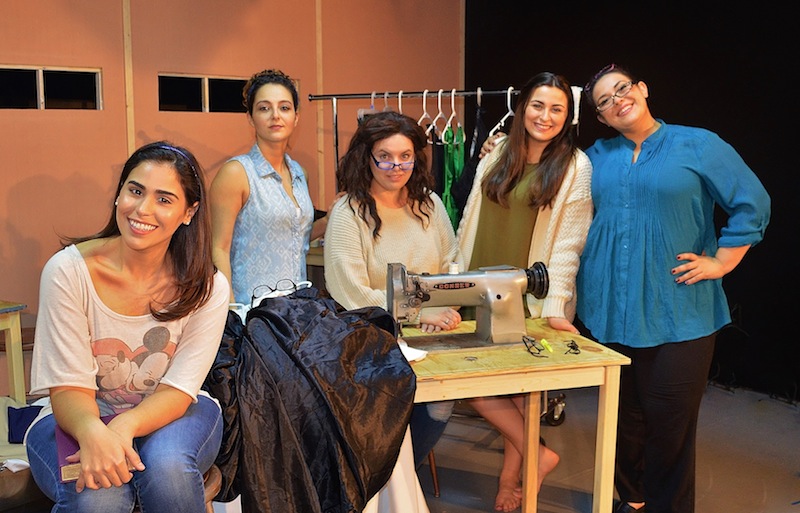 Lopez’s 1994 comedy, made into a 2002 movie that marked America Ferrera’s film debut, is about many things. Its subjects include the fears of undocumented immigrants and the hard-to-shake unease of those now legal, the hardships of subsistence labor, dreams of a better future, thorny relationships and the camaraderie of women.

But the play, which marks the first professional production in the 43-year history of Main Street Players in Miami Lakes, also advances arguments that McCarthy, Metz, Thore and others embody: self-acceptance, pride and a shedding of limitations at any size.

When “Real Women” was done in 2007 by the Women’s Theatre Project in Fort Lauderdale, Carbonell Award-nominated actress Vanessa Elise played Ana, a recent high school graduate with dreams of leaving her Mexican-American community in Los Angeles for college in New York and a future career as a writer.

Fast forward a decade to the show at the Main Street Playhouse, and with the help of aging makeup and a swath of gray added at her hairline, Elise is now playing Ana’s strong-willed mother Carmen. Her transformation is warm, moving and persuasive, not because of those external touches but because she’s such an engaging and authentic performer.

Staged by Elise’s fellow New World School of the Arts grad Tatyana-Marie Carlo, “Real Women Have Curves” features a five-woman ensemble, each actress adept at handling the script’s comedy and its occasional touches of pathos.

Icela Marliese’s Estella starts out too frantic but grows even more so. Running a tiny business sewing $13-per-unit dresses that will retail for $200 at Bloomingdale’s, Estella is running behind on the latest order. She can’t get paid – nor pay her mother, sister and two other workers – until the dresses get delivered. Unlike the others, she’s still undocumented, so she keeps the doors and windows of her stifling mini-factory in a bad neighborhood tightly shut in case La Migra – agents from the Immigration and Naturalization Service – should come poking around. The result? A literal sweatshop.

Marcela Paguaga is the production’s Ana, narrator, feminist and writer-to-be. Looking a bit like Sarah Silverman, Paguaga communicates Ana’s youthful naivete and her forcefulness, yet she slips comfortably back into the ensemble when another character is occupying the spotlight.

In addition to Carmen and Ana, Estella employs Pancha (Rei Capote) and Rosali (Amber Lynn Benson).Pancha’s deepest sorrow is that she’s married but can’t have children, a matter she takes up in a prayerful lament to God, which Capote turns into one of the play’s most moving moments. Benson’s cheerful Rosali, the slimmest of the five, has taken to extreme dieting, leading to a sudden crisis.

The issues Lopez raises in “Real Women” are threaded organically through the play, which also makes plenty of time for the chisme (gossip) that gets the women through their long, sweltering days. There’s a running gag about the green mole Carmen keeps trying to push on her cringing family and coworkers. The play is in English, but the women’s conversation is peppered with Spanish words and expressions that add more flavor in bilingual South Florida.

Near the end of the show, the women – actresses of many shapes and sizes – boldly strip down to their undies. Pragmatically, the seamstresses are trying to cool off. But at a deeper level, they’re celebrating feeling free, empowered, accepted by the others and themselves.

Main Street Players has been building toward its switch from community theater to professional company for many years. Yes, some small technical glitches made opening night not quite flawless. But from the work of director Carlo and the design team (set designer Amanda Sparhawk, lighting designer Marcelo Ferreira, costume designer Angelina Esposito and technical director Dennis Lyzniak) to the performances of a strong cast, “Real Women Have Curves” makes for an engaging, impressive transition.