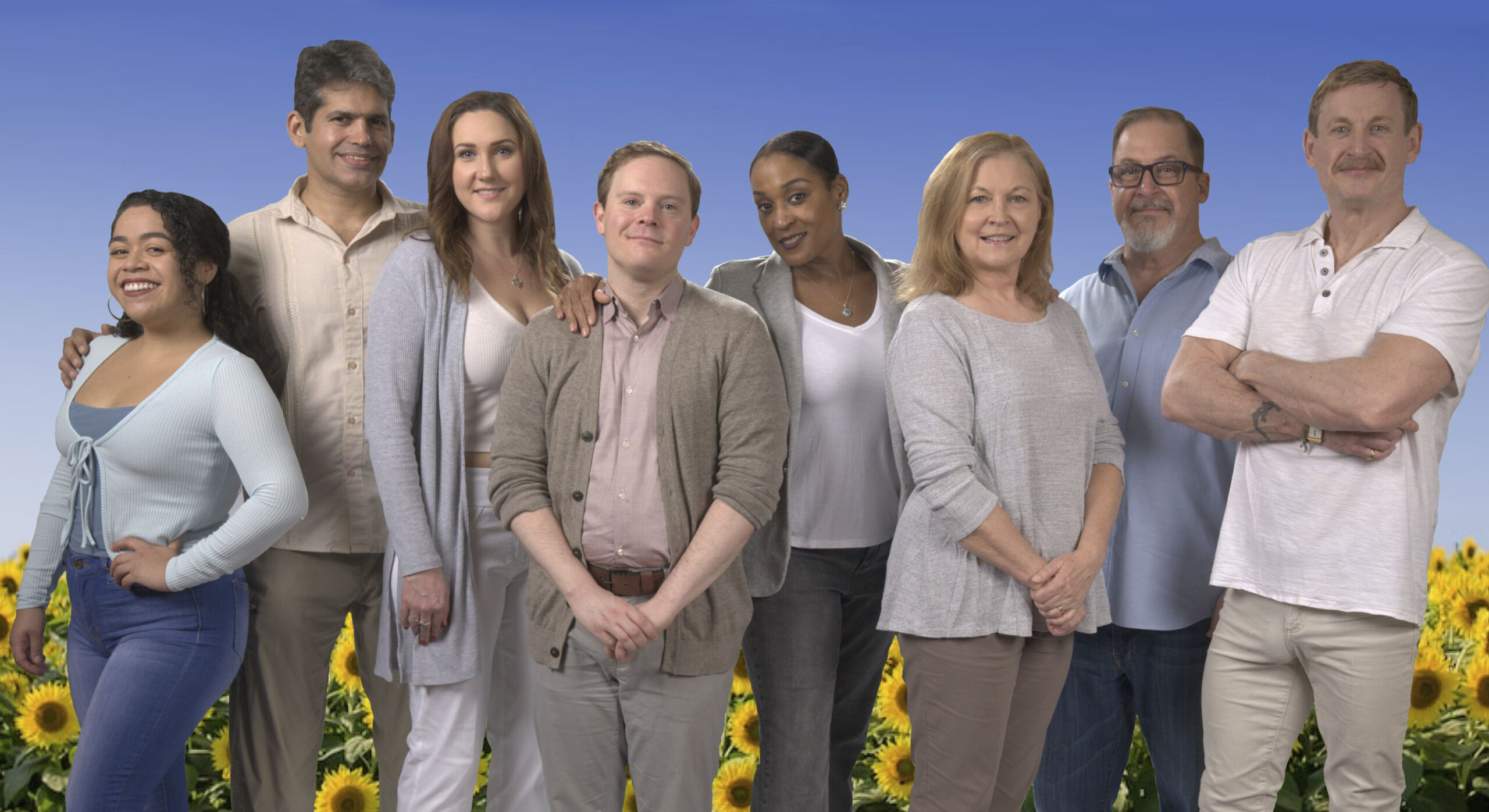 Since writing his first-produced play, 1996’s “That Sound You Hear,” Michael McKeever has become a writer with a notably eclectic range and a prodigious drive.

In those 27 years, the South Florida playwright has written 35 full-length comedies and dramas that have been produced throughout the region, the country (Off-Broadway included), and in other countries. His subjects have included hate crimes, a hurricane, bullying, Hollywood secrets, artists, gay marriage, grief, hoarding, diverse Miami – well, you get the idea.

This week, McKeever is preparing to debut his 36th full-length.  “American Rhapsody” was written for Sarasota’s Florida Studio Theatre as a commission during the pandemic, but it will get its world premiere Thursday, Jan. 12 through Sunday, Jan. 29 at Zoetic Stage, a company of which he is a co-founder, and will be staged by artistic director Stuart Meltzer.   The play previews Thursday, Jan. 12 and opens Friday, Jan. 13 in the Carnival Studio Theater at Miami’s Arsht Center.

“American Rhapsody” – the “rhapsody” refers to an epic poem, not to a piece of music – is a play that weds the personal to impactful events and societal shifts.

It begins in 1969, as the Cabot family of Lawrence, Kansas, huddles around their television set to watch grainy video of Neil Armstrong and Buzz Aldrin landing on the moon.  It ends in 2032, in a country forever evolving, an America and an extended family vastly changed. 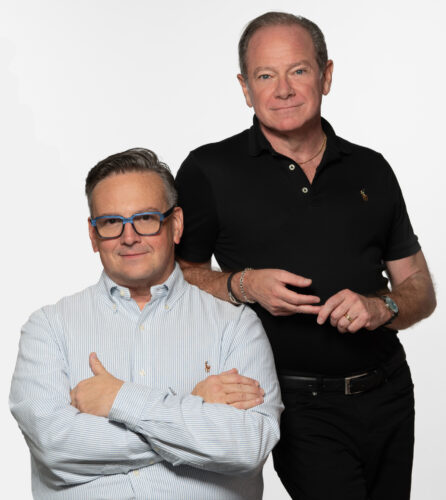 Director Stuart Meltzer, seated, and playwright Michael McKeever, together for two decades and married since 2017, are collaborating on the Zoetic Stage world premiere of “American Rhapsody.” (Photo courtesy of Chris Headshots)

“Sixty years is a lot of play,” says McKeever, who sports a T-shirt that reads “Write On” during a Zoom interview.  “Stuart is keeping everything beautifully clear, so active and moving… Few people know my work better than Stuart; he knows my writing. He’s enormously insightful.”

That Meltzer connects so thoroughly with McKeever’s work is no surprise. Winners of multiple Carbonell Awards, Meltzer is also one of Zoetic’s five co-founders (Christopher Demos-Brown, Stephanie Demos-Brown and Kerry C. Shiller are the others). Meltzer and McKeever have worked together on multiple Zoetic shows, including the company’s first, “South Beach Babylon,”  in 2010 and written by McKeever. Together for two decades and married since 2017, the artists’ lives are creatively and personally enmeshed; it was during a cross-country driving vacation with Meltzer that McKeever hit on Kansas and its utter flatness as the location for “American Rhapsody.”

McKeever acknowledges the autobiographical underpinnings of his new play, though focal character Franky Cabot is a poet, not a playwright.  Meltzer says that initially, the play was intended to be “a reexamination of the beaten-up American dream from a family’s perspective.” 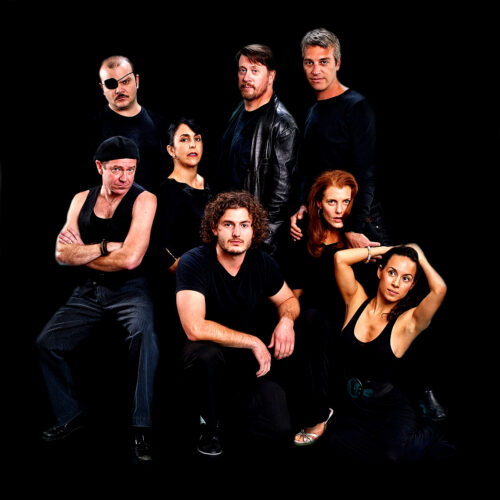 As the script has evolved, the director says, “we’ve figured out a way to connect the milestones in one man’s life with the art of creation.  You get family, events and the art of writing, all in one play.”

Weisman, who grew up in Davie and began acting in South Florida as a child, became an in-demand Chicago actor after graduating from Northwestern University (he received the best supporting actor Joseph Jefferson Award for “The History Boys”), expanding his career to film, television (he plays the LGBTQ+ character Frank on “Sesame Street”) and Broadway (“Harry Potter and the Cursed Child”).

He has seen plenty of McKeever’s work and was part of a one-night Zoom reading of “Daniel’s Husband,” the writer’s play about gay marriage, from his New York apartment during the pandemic.  When he read “American Rhapsody,” Weisman says, “I fell in love with it. It reminded me of Michael Cunningham’s ‘Flesh and Blood’ in its scope, its storytelling, and the Americana in it.”

Weisman also relished the idea of originating the complex role of Franky, “this queer figure who doesn’t have to be innocent and likable and funny all the time. He has allowed me to be flawed, even nasty. So many times when we play these characters, we have the shimmer of a halo around us.  I appreciate how unhappy this character is.”

Meltzer argues that Franky is closer in spirit to him than to McKeever.

“Franky has the opposite qualities of Michael.  His is more of a Peer Gynt story: You work so hard that you lose yourself to find yourself,” the director says. 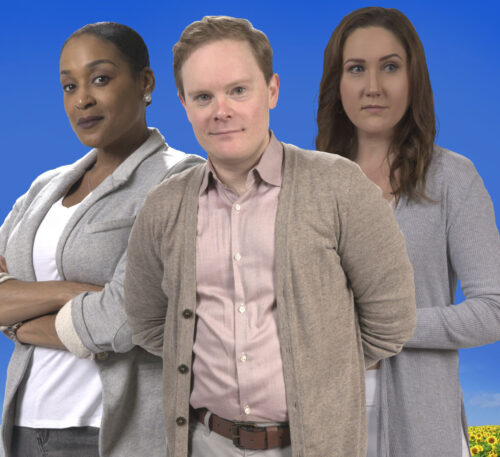 Weisman, now 35, says he has looked up to McKeever since he was 10, that the playwright was an influence in his decision to become an artist.  Other than the pandemic reading of “Daniel’s Husband” (which was inspired by McKeever-Meltzer debates on gay marriage), he hadn’t worked with the director on a full production, and he’s finding the experience different and exhilarating.

“Stuart is incredibly impulsive.  Every moment feels like you’re walking through an electrical field, and when you put it all together, it’s like fireworks,” the actor says. “I don’t work that way. I’m very in my head and go back to these cerebral impulses.”

Playing the Colombian-American Albert, Alayeto is also new to Zoetic, McKeever and Meltzer.  The son of Cuban parents who came to Miami in 1961, he is relishing being able to originate the role of a husband and father with post-traumatic stress disorder and, like his character, has a wife who travels for work, a daughter and a close relationship with his mother-in-law.

“It’s amazing how efficiently Michael goes through the history. It’s very much a family play that doesn’t get bogged down,” he observes. “I’m very impressed with his rhythm and the melody of his prose… Stuart is very, very specific. I’m amazed at his attention to detail… He provides solid anchor points to connect with, and nothing feels arbitrary.”

Corey, who plays Albert’s driven lawyer-wife Jenny, and Elam, whose black lesbian bartender character Nat becomes a close friend to several Cabots, are both members of Zoetic’s extended artistic family.  Both have been in multiple productions done by the company, and both find this McKeever play especially resonant.

Elam, who originated roles in McKeever’s “Moscow” and “Clark Gable Slept Here” at Zoetic, says it’s an “honor and a privilege” to be playing characters written with her in mind. 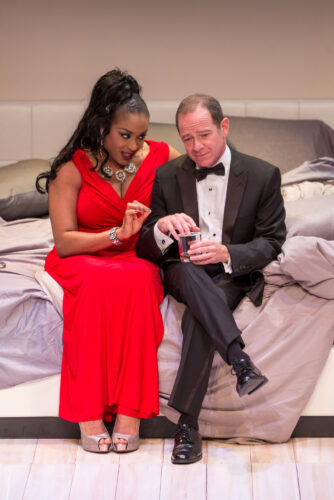 Lela Elam and Michael McKeever in Zoetic Stage’s 2014 production of “Clark Gable Slept Here.” McKeever had the actress in mind to play the character Morgan Wright when he wrote it. (Photo courtesy of Justin Namon)

“I can relate to Nat in so many ways. She’s gay, she’s black. Nothing she says is foreign to me,” Elam says.  “Alex and I shared things about our personal lives.  We play best friends, and we just clicked.  He’s like so many of my gay homeboys.”

“American Rhapsody” is a memory play, a work of imagination grounded in McKeever’s experiences and perceptions of the world. His Cabot family deals with loss and joy, tragedy and triumph, little decisions, and life-changing ones. The play is suffused with warmth and humor, as well as pain.

Alayeto believes that, even with the challenges the family and the country endure, the takeaway is a point of view that can benefit anyone.

“This paints a hopeful picture of America, which we sorely need.  This is a country of optimism and hope. We can make this the land of the possible,” he says. “I think it’s a play audiences need.”

WHAT: “American Rhapsody” by Michael McKeever