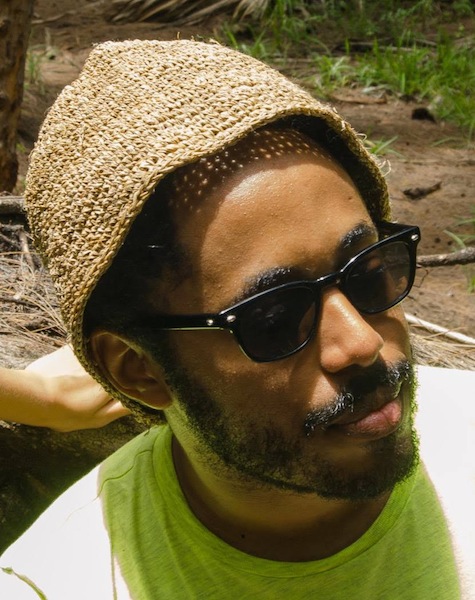 Miami-based Jason Fitzroy Jeffers has cut a complex path for his life. He describes himself first as a writer. But he has produced work on a wide range of platforms and subjects. Like the symbol of the machete that reoccurs throughout his work, Jeffers is at home in the wilderness of uncharted spaces.

Currently, he can be found at the center of Third Horizon, a media company that he runs with fellow creatives Keisha Rae Witherspoon and Robert Sawyer. The Third Horizon Caribbean Film Festival opens in Miami at the end of September with a roster of short and feature-length films from and about the Caribbean.

In 2001, the Barbados native graduated with a degree in journalism from FIU. He started writing for the Sun Post and later, the Miami Herald. At the time, the Herald was publishing Street, an arts weekly. “I did arts coverage and feature stories,” he says of his work with Street, “and eventually I had a column called ‘Urban Sprawl’ that covered the absurdities of South Florida life. Anything from NASCAR rallies to pornography conventions to political protests. You name it.”

With journalism in slow decline, he continued writing but diverted some of his attention into music. The idea of Third Horizon was born in 2005, not as a film organization, but as a record label for the music he was recording under his middle name, Fitzroy. According to Jeffers, “my original vision for Third Horizon 10 years ago was that I would release my music through it and that of other weird avant-garde Caribbean artists.”

Jeffers had dreadlocks down to his knees back then, so people often assumed he was making reggae music. And he was. But he was just as influenced by Peter Gabriel, Kate Bush, Prince and others that don’t fit into Caribbean stereotypes. “I’ve always felt that the Caribbean is stranger and broader than what you would see in any tourist brochure,” he says, “more intriguing, more captivating.” He released a Fitzroy album called Paradise Low on Third Horizon and then the label went dormant.

Years later, Jeffers resuscitated the Third Horizon concept as a container for a film project. This was an expansion on the original idea, still centered on the Caribbean perspective. In 2013 he went to Haiti with a small team of Miami-based collaborators including Witherspoon and director Jonathan David Kane to film Papa Machete, a short film about an aging farmer, “a practitioner of the esoteric martial art of machete fencing.”

The film premiered at the renowned Toronto Film Festival in 2014. Papa Machete has since screened at over 30 film festivals including Sundance. Jeffers says this kind of success is rare for a Caribbean film.

Before the Toronto festival accepted Papa Machete, it was rejected so many times that Jeffers says he began to doubt himself. “I had sunk all my money into it, given up my apartment and sold some furniture. I was crashing on friends’ couches, and I was like… I believe in this thing but maybe I’m wrong.”

The film festival is a space to tell stories belonging uniquely to the Caribbean, where European, African, and native cultures alternately clash and blend. Jeffers sees Caribbean culture as foreshadowing the diversity challenges now surfacing in the so-called First World.

His eclectic set of skills and fascinations seem harmoniously blended at the moment. No doubt he will continue shapeshifting. He has future projects already lined up that will take him forward into new arenas—stay tuned for his next move.