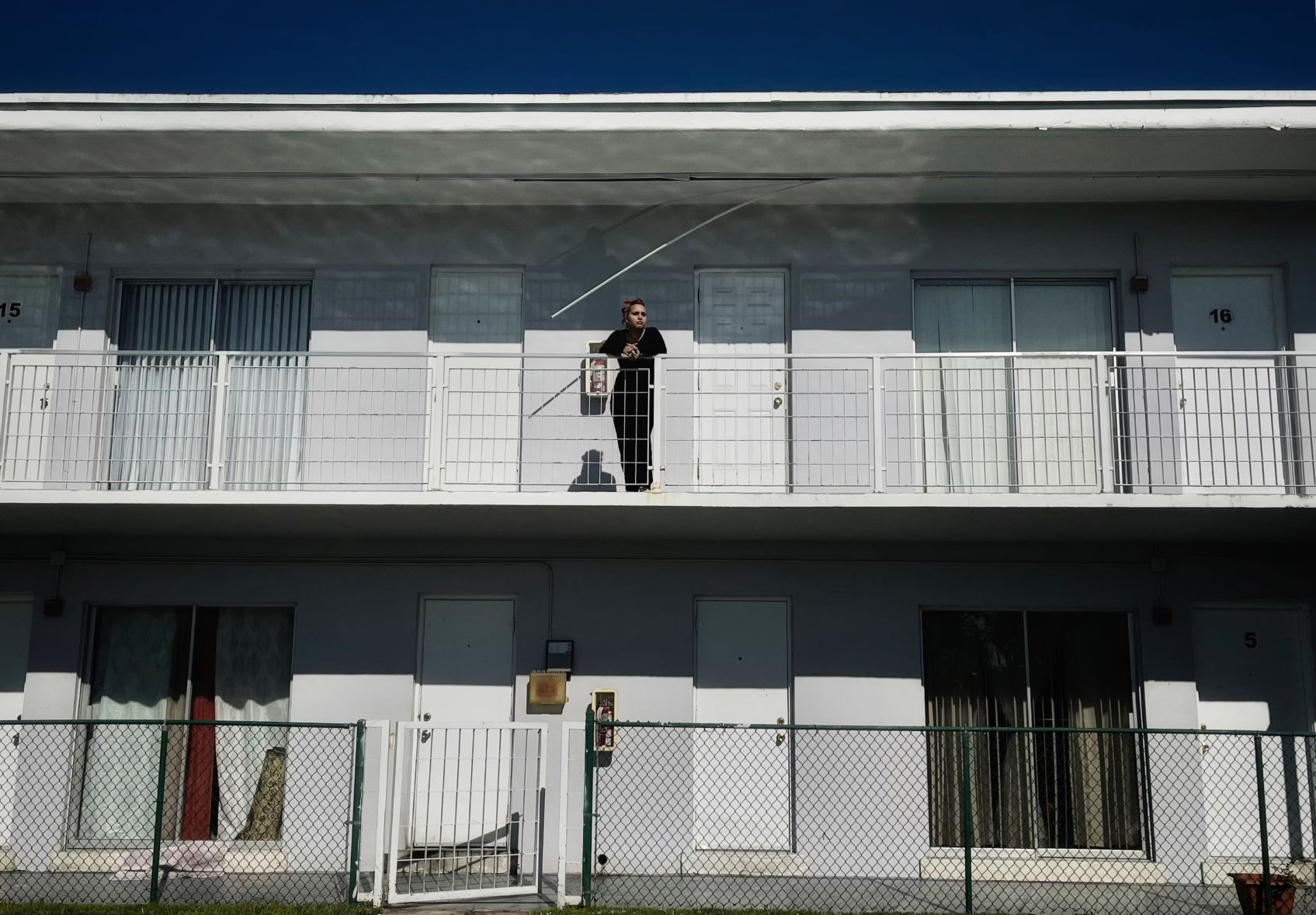 A search for makeup trends on YouTube led one South Florida businesswoman on a quest to quietly transform her neighborhood.

Which, in turn, led her to lend her voice to “Pass the Mic: We Will Tell Our Stories,” a virtual screening event presented by Oolite Arts and the Community Justice Project.

The collaborative effort, set to air at 7 p.m. March 31, aimed for “community-centered storytelling,” pairing three filmmakers with Miami residents affected by critical everyday issues – many of which have worsened since the onset of the Coronavirus pandemic.

“These documentaries are being told by people who live these issues,” said Nadege Green, director of community research and storytelling for the Community Justice Project, which is composed of lawyers who advocate for low-income communities of color. “This isn’t something that they learned secondhand … or read in a book or studied. This is real life for them. They are on the front lines, and they should be the ones to tell their story.”

Among them is Sherina Jones, an aesthetician who owns Miramar-based Snob Beauty Box and who created Village Free(dge), a neighborhood food program. She initially began helping to feed residents after stumbling onto a YouTube video on community refrigerators.

She purchased a refrigerator for the cause, stocked it with food, then reached out to The Roots Collective, a group dedicated to the economic growth and self-sufficiency of Black and Brown communities. Their partnership has evolved into a food bank and pantry in Liberty City.

Though she launched the program amid a pandemic, Jones notes that the obstacles residents face are nothing new.

“Even before COVID, [food insecurity] was always an issue,” Jones said. “Most of [our participants] don’t have transportation. It’s hard to get to some grocery stores and shop in bulk. So that’s what creates food deserts, and that’s where we place the community refrigerators.”

Though helping to feed the community is its main initiative, it’s not the sole focus of Village Free(dge). The organization also supports participants by seeking overall solutions to systemic problems. Ultimately, the goal is for participants to choose a path of self-sufficiency.

“Some are looking for work,” Jones said. “Some need a second chance or need therapy or counseling. So there are so many things to deal with outside of food, and once they have food out of the way, then they can work on the next level of getting back into life.”

Filmmaker Alicia G. Edwards, whose documentary focused on Village Free(dge), said she gained new insights while working on the film.

“I was really surprised by how many people in that line every morning were working, ” she said. “I also think the really cool thing about the Village Free(dge) is that so many of the people who use the pantry also volunteer there.”

“This is a woman who gets up at 6 o’clock every morning,” Edwards said. “She doesn’t have to do it, but it’s of her own volition, and I think that’s really admirable.”

Sherina Jones is an entrepreneur with a passion for helping the community. She founded the Village (FREE)dge to provide free food. (Photo courtesy of Oolite Arts)

Dennis Scholl, president and CEO of Oolite Arts, points to the documentaries as a great example of a positive partnership between communities and artists. The three films average about 10 minutes each.

“Artists have an important role to play in communities and can lead the way in bringing critical issues to light through their work,” he said. “Presenting issues to audiences through art – whether it’s a painting, a poem or a documentary – can make people think differently and cause them to be more receptive to other people’s lived experiences and viewpoints.

“That’s important,” he added. “Especially when you’re talking about such important issues like food insecurity and affordable housing, which need to be addressed in Miami.”

The Community Justice Project’s Green said the inclusion of authentic voices was an essential element of the films. To gain a proper perspective from the outset, Green challenged the notion of who was considered knowledgeable about community-based issues.

“I think we need to talk about who are the experts,” she said. “Those in academia and politicians are typically far removed from the issues that they [specialize in] and we wanted to upend that. We wanted to look at that differently.”

Since voices from the community were paramount to the project, the filmmakers – which also included Vanessa Charlot and Fxrbes – reached out to work directly with those affected by the pandemic.

In addition to Jones, their films feature Danny Agnew of the Roots Collective and Village Free(dge), tenants’ rights organizer Mychelle Bentley, and Lizabeth Torres of incarcerated  rights group, Beyond the Bars.

Green hopes these types of projects will continue, allowing residents to be adequately heard and be the focal point of change.

“[Some] call these communities voiceless,” she said. “If we’re going to be honest about it, it’s not that they’re voiceless, it’s that they’re unheard. But the onus is on you to hear them.”

WHAT: “Pass the Mic: We Will Tell Our Stories,” presented by Oolite Arts and Community Justice Project

WHERE: Virtual screening, followed by a discussion moderated by Nadege Green, the Community Justice Project’s director of community research and storytelling