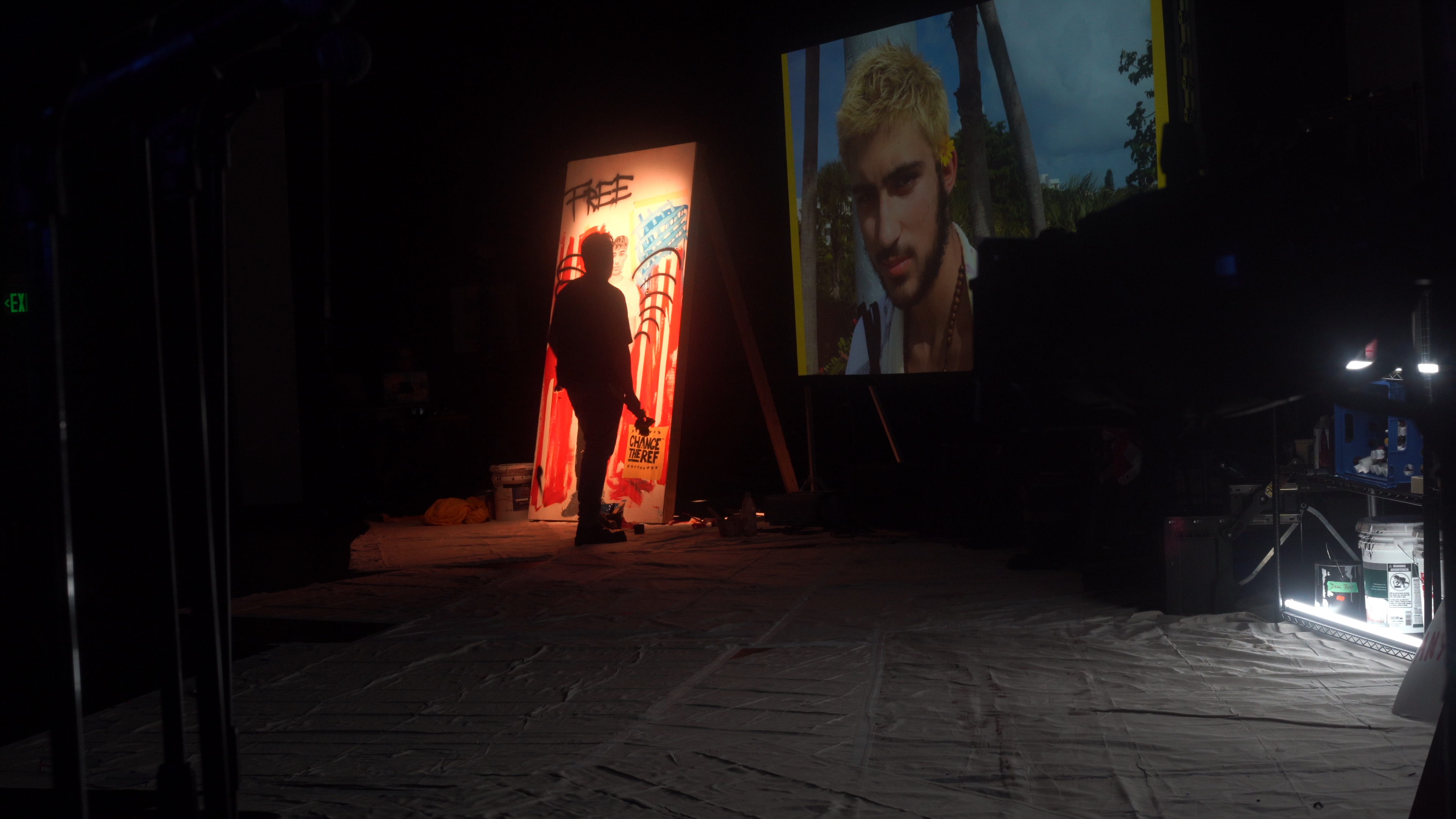 The Colony Theater was sold-out for last Friday’s evening performance.  Inside, as the seats filled, the laughter and the talk grew loud as a pre-court high-school basketball game.  The performance itself brought on as many standing ovations as it did muffled sounds of weeping. For this one-man show was a high-wire act alternately searing, charming, heart-rending.

The production was “Guac,” a play about a dad’s devotion to a son.  This son, Joaquin Oliver, was shot and killed on Valentine’s day 2018 at Marjory Douglas Stoneman High School in Parkland, Florida. Joaquin’s dad Manuel is the work’s author, its only actor.

The play’s title comes from a nickname his friends gave Joaquin. But the subtitle of the play “My Son, My Hero” raised alarm-bells with this writer. They rang louder when in a pre-interview Oliver spoke of his son only in the present tense. It was easy to imagine that his presentation might be so personal that it would wobble as drama, or simply be too painful to watch. 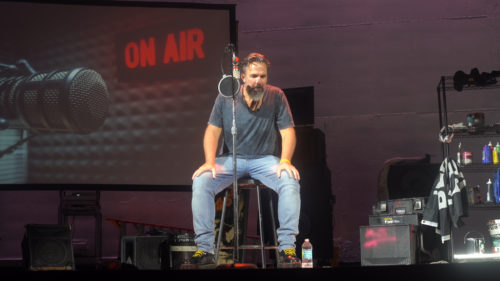 Painful it was, but what a tour de force. The narrative goes back and forth in time as Oliver brings the audience into the relaxed happy home he and his wife Patrice created for their children. (The fact that the couple moved to South Florida from Venezuela in an effort to ensure their kids’ safety is a fact the audience learns a bit later in the performance.) The Olivers believed in making ‘magic moments’ for their kiddos, including letters to Santa that were carried off to the North Pole by balloons with the most special GPS. Moments such as these are reenacted in the play.

We learn that Joaquin loved hot dogs. He loved playing basketball and, according to his dad, “might have been the best air-guitar player ever.” He loved Guns ‘n Roses and Frankie Ocean.  He managed to get his dad to let the family keep a dog named Banksy. He marched for Black Lives. He loved a girl… he lived a life. 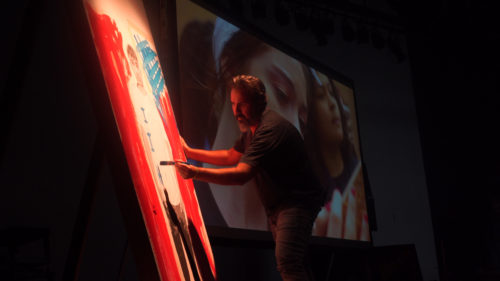 Sometimes these stories are told directly to the audience. Sometimes we learn them through photos on the wide-screen which, along with a portrait of Joaquin and a few shelves, are the only props on the stage.

Oliver alternates these stories with “activism” as he begs his audience “to be part of the solution before it happens to you.”  Chilling words, and one might argue over the top. Except look who is saying it. By chance, Oliver, who is an artist, was painting a mural in protest over current gun laws this last August in El Paso when the shooting happened. “It would be a lie to say I was surprised,” Oliver states. He shares photos celebrating Joaquin’s 18th birthday with the audience where, several months after his son’s death at 17, stands Oliver – painting a mural and leading a protest joined by thousands outside of the NRA headquarters. He even brought a birthday cake.  According to his dad, “Joaquin is very active. I work alongside Joaquin.”

As moving as this performance already was, something seemed to shift in the last third of the evening. Oliver tells the audience of the evening before his son was shot. Joaquin had asked if Dad would go with him to buy flowers for Tori, the girl he loved. (He also asked if his dad would buy hot dogs for dinner than night.) Oliver remembers that his son knew what flowers his Tori most liked; Oliver loved that his son knew that. The flowers he chose were yellow. He asked his dad, the artist, to arrange them. When Oliver dropped his son off at school the next morning he said: “Call me after you give Tori the flowers. I want to know how it went.”

How is it that, even as one knows the story’s ending, one watches hoping beyond hope for this story to have another ending? This is surely at the heart of the most sublime and effective story-telling, and so it was as the audience watched Oliver as he continued telling the story of that day.

At one point, Oliver dons a mask with Joaquin’s face and the lights and bells tear through the stage as the shooting started for Joaquin. A member of the audience has begun to wail. Oliver asks: “did it hurt/ was it fast?” Later he asks, “Where are you?”  Such questions aren’t about to stop any time soon.

Yes, there were a handful of clumsy “social actions” in the work. At one point, Oliver sets an alarm clock to mark every fifteen minutes that someone is killed by gunfire here in the States. Another time, he asks everybody in the audience to call someone they love. Such moments break up the narrative. But so much of the narrative is so powerful that finally, who has the heart to quarrel with these choices? 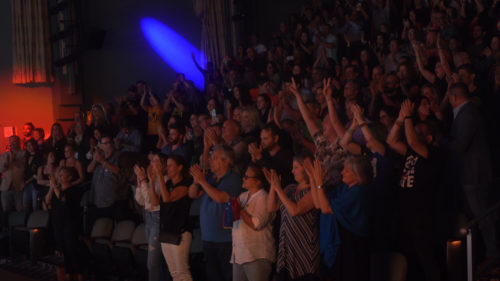 Perhaps such moments allow Oliver to catch his breath, for this performance would exhaust a seasoned actor, let alone a father.

Would the performance be so well received if the audience wasn’t almost exclusively from Parkland? Yes. Would the presentation, honed over eight months with Tony-award producer Yael Silver, be as effective without the immediacy Oliver brings to the stage? No.

Plans are in progress for a multi-city tour. One wonders how Manuel can keep it up. And how he cannot.