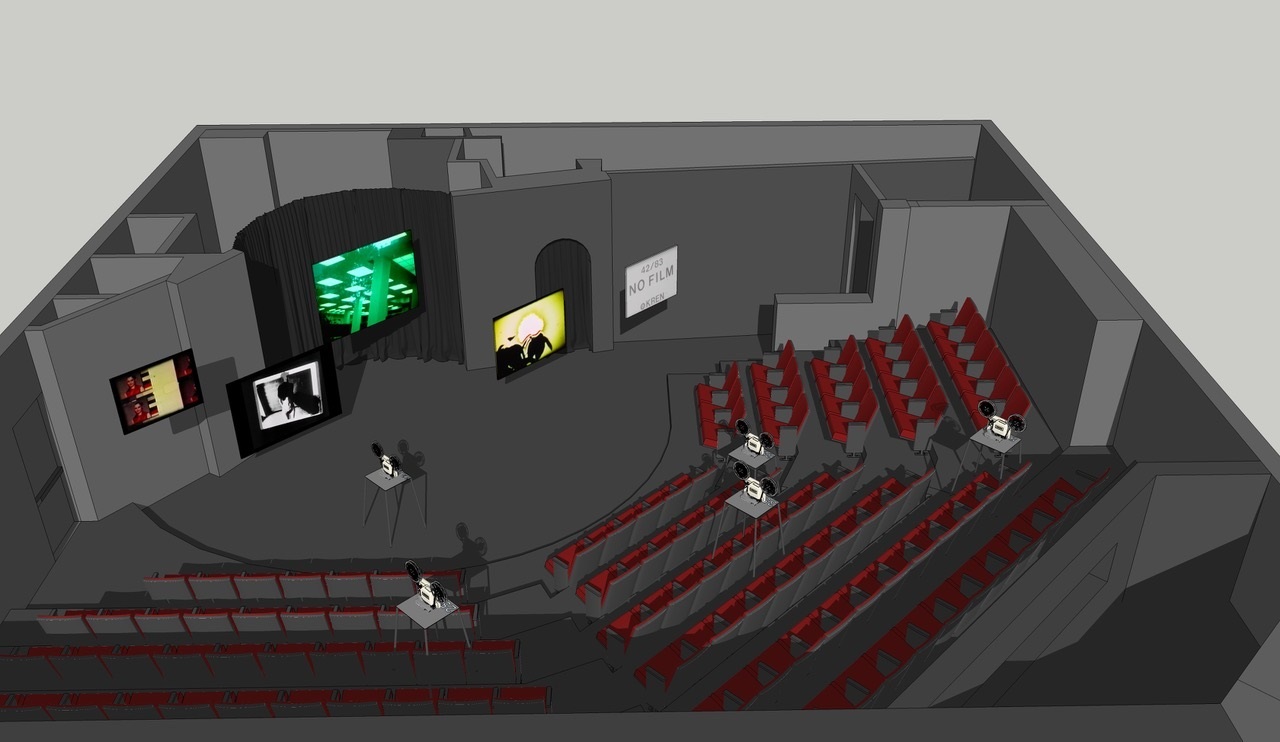 Obsolete Media Miami (OMM) is back again as part of the Downtown Art Days line-up, presenting a film/video production/performance this weekend.Film Art Expanse, happening Sat., Sept. 8 at MDC Live Arts Lab, is an ode to the term “Expanded Cinema,” popularized by respected scholar of history and theory of alternative cinema Gene Youngblood in 1970.

The OMM presentation will have audience involvement and be interactive but decidedly old school. The program runs about one hour (there are two “performances”), and with five screens the audience has multiple options to view and listen to all of them at any moment.

“All the artist films are from archives and film collectives in North America and Europe. The films were made over six decades and run from about one minute to seven or eight minutes in length,” said Barron Sherer, creator of the program and co-founder of OMM. “Imagine a wide swath of art cinema history on screen and changing every moment.”

Featuring 45 16mm artist films, the event is a film presentation and performance of rare and canonical avant-garde and experimental works from cinema history presented in their original formats and experienced in a traditional theater environment. The films will be projected by a team of long-time Miami film and video artists.

The idea initially came to Sherer when he was sitting in MDC’s Live Arts Lab auditorium during a presentation by Dimensions Variable (DV), the internationally recognized artist run exhibition space that had a brief tenure on MDC’s Wolfson Campus.

Inspiration came in two ways, first because of Dimensions Variable’s long-time commitment to the presentation and support of contemporary art, as well as created structures that excel in collaborative practices and programming. Also, because while sitting in the Live Arts Lab space, “it occurred to me the venue’s size and orientation would support an expanded cinema style,” Sherer said.

After some discussion with the show’s designer, Freddy Jouwayed, he and Sherer agreed they could pull off a radical five screens positioned all around the room. Loosely, expanded cinema is film, video and now digital multimedia performances that create immersive environments that push the boundaries of cinema. These works reject a traditional way to watch a movie – on a single screen with a seated audience.

The films being presented were made over six decades and run from about one minute to seven or eight minutes in length. Sherer says, “imagine a wide swath of art cinema history on screen and changing every moment.”

Each year, the OMM presentations at Downtown Art Days grow larger. In 2014 PHOTOSTREAM was produced for Fringe Projects and Arts Days and was an evolving, multi-image video projection incorporating hundreds of images continuously captured within a mile radius of Miami Center for Architecture & Design in downtown Miami. Micro/Macro CINEMA in 2016 was free screenings of rare artist films that repurposed Hollywood and commercial films. They brought a micro-cinema aesthetic to a “macro” environment, at the historic Olympia Theater. They had a portable movie screen and built out a small cinema on stage to show short, personal works by artists influenced by and reacting to commercial cinema.

“Mounting this expanded cinema presentation that we are calling Film Art Expanse at Downtown Art Days seemed like a natural fit,” said Sherer.

The program is presented with support from Miami Downtown Development Authority, Miami-Dade County Department of Cultural Affairs, and is co-presented with the Lynn and Louis Wolfson II Florida Moving Image Archives.

Downtown Art Days is taking place Sept. 7-9 all over Downtown Miami, the schedule is available on the Miami Downtown Development Authority website http://www.miamidda.com/