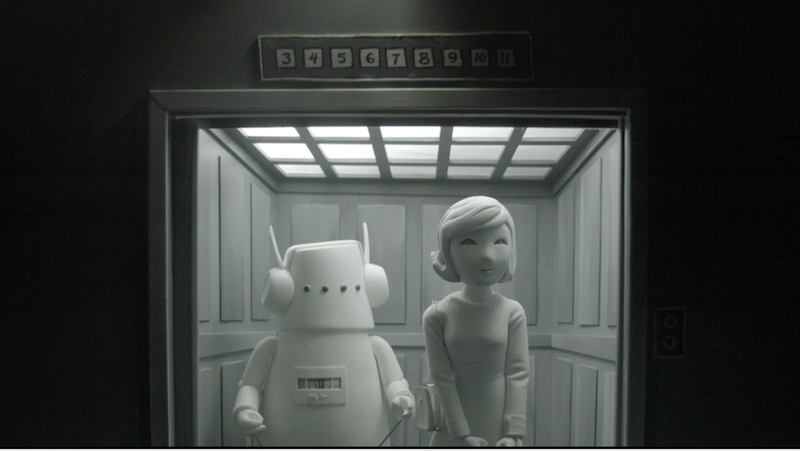 Imagine animation created live on stage, with mini backdrops, puppets, and low-tech props. Channel it through multiple cameras and mix it live into a projected film. Add a string quartet and a DJ. This is the structure of “Nufonia Must Fall,” an upcoming project presented by MDC Live Arts.

The show is slated for appearances around the world, from Asia and the Middle East to Europe and North America. This weekend they will be performing at Miami’s Olympia Theater.

The MDC Live Arts program dependably presents artistically sophisticated and entertaining work to Miami audiences, and “Nufonia” promises to deliver. “What really drew me to it was its sense of adventure,” says Kathryn Garcia, executive director at MDC Live Arts. “Not only are they mixing genres, but they are also testing the boundaries of what’s possible in live performance.”

“Nufonia” has a broad appeal for multiple local creative circles.“There’s such a great film community here,” Garcia says, “and DJ and electronic music is such an big part of Miami. This is an opportunity to put the two together.”

The original story and concept came from Montreal-based Eric San, aka Kid Koala. While he’s best known as a DJ and electronic musician, Kid Koala has also produced musical scores for film and video games. He has also authored several graphic novels, including the original “Nufonia Must Fall”upon which this project is based.

Much of Kid Koala’s recent work has a storytelling component. Here, it’s a love story, with a music-obsessed robot who is no longer on the cutting edge of technology. He falls in love with a human named Malorie. The narrative unfolds without much dialogue. Like in the original graphic novel, the telling is mostly visual.

The puppeteers work in full view of the audience, often with low-tech materials, to create the images that end up on screen. They move back and forth between low-tech backdrops, coordinating with the musicians and manipulating props and characters. In a regular film or animation project, this process of construction is usually hidden. Here we get to see behind the scenes. And then we get to see what the camera sees too.

The cinematography is orchestrated by K.K. Barrett, best know as the production designer for a host of top-notch films including Her, Lost in Translation and Being John Malkovich. Meanwhile, a team of musicians including Kid Koala and the Afiara Quartet will create both sound effects and mood, like the soundtracks for silent films of the past.

Over time, the project has evolved. The creators continue to refine scenes and add details. And in every city, they weave in local references and insider jokes. It is a living piece, and just as much a performance as a film.

The show will be perfectly housed in Miami’s Olympia Theater. MDC Live Arts has an ongoing partnership with the theater, and presents there regularly. “The Olympia is really a jewel for Miamians. It’s our oldest theater and, I think, our most beautiful. It was a movie house in its early days. I don’t think there’s any better frame for this piece.”