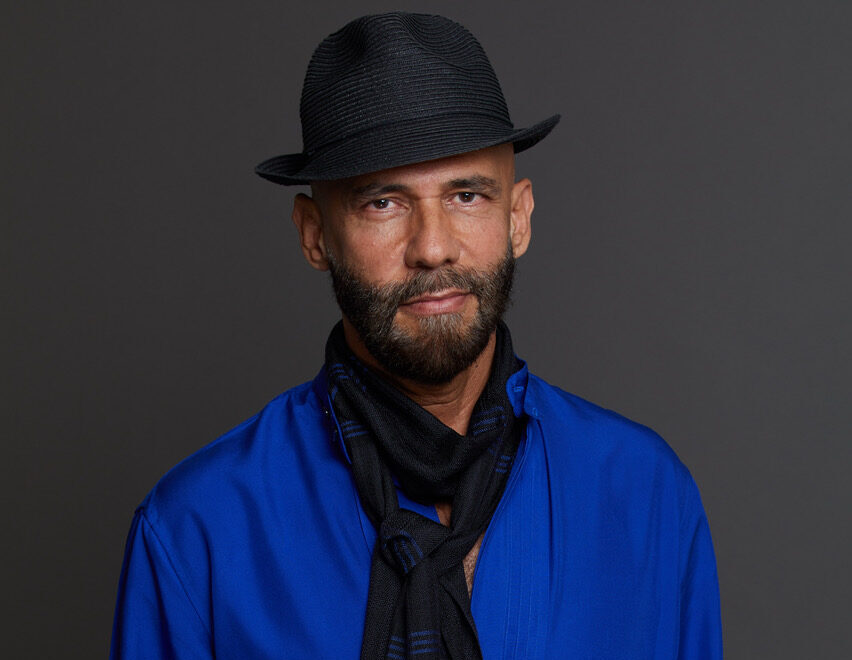 Desire ripples through the plays of Nilo Cruz, slipping past custom and convention, ignoring boundaries, embedding itself in characters parched with longing.

Miami’s own Pulitzer Prize-winning playwright, who arrived in South Florida in 1970 at age 10 on a Freedom Flight from Cuba, has been justifiably celebrated for the poetry that suffuses his stage language. But in many of his 15 plays, including the 2003 Pulitzer-winning “Anna in the Tropics,” desire simmers, then catches fire.

Certainly, that’s the case with a pair of commissioned Cruz world premieres that will debut at co-presenter Miami-Dade County Auditorium’s intimate On.Stage Black Box Theatre. Produced by Arca Images, the bilingual Miami theater company where Cruz has served as artistic director since 2013, the plays incorporate different kinds of daring from their author-director. But the language, the longing? Pure Cruz.

First up, and nearly sold out, is “Hotel Desiderium,” which has a five-performance run Nov. 18-21. The other world premiere, “Kisses Through the Glass,” is scheduled to follow in July 2022, with a run twice as long. Both plays are performed in English and had their premieres pushed back by the pandemic.

Arca founder and executive producing director Alexa Kuve understands the craving for a new Cruz play. And she appreciates the frustration likely to be felt by those unable to get a ticket to see “Hotel Desiderium” during its fleeting run at the in-demand, county-owned facility, which has reduced capacity in the interest of audience safety. 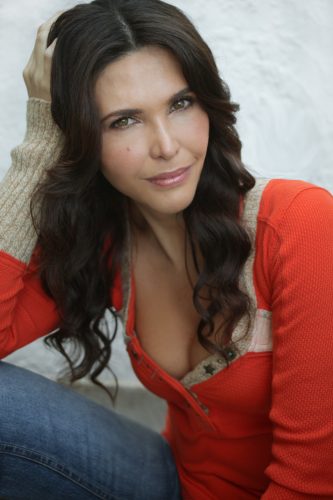 Alexa Kuve, Arca Images founder and executive producing director,  is also an actor who has been directed by Nilo Cruz in three productions. (Photo courtesy of Justin Macala)

“I feel, ‘Oh my god, we’re only doing five shows. Oh my god, it’s such a short run. Oh my god, we can seat only 80 people at each performance,’” Kuve says. “I can complain, or I can be grateful that we’re doing theater. I’d rather feel blessed.”

Cruz himself is accepting of how brief the world premiere run is for “Hotel Desiderium” — “desiderium” is defined as an ardent desire or longing coupled with grief for something lost.

Since becoming the first Latino playwright to win the Pulitzer, Cruz has also been working in the world of opera, where lengthy developmental periods and relatively short runs can be the norm: He collaborated with Peruvian composer Jimmy López on the Lyric Opera of Chicago’s world premiere of “Bel Canto” in 2015; and his Spanish-language opera with composer Gabriela Lena Frank, “El último sueño de Frida y Diego” (The Last Dream of Frida and Diego), about an otherworldly reunion of Mexican artists Frida Kahlo and Diego Rivera, will have its delayed world premiere at the San Diego Opera in the fall of 2022.

“It is a crime that [“Hotel Desiderium” is] running only one weekend. It took a year to write,” he says. “But I adore exploring this play with a group of actors. It’s so worth it.”

Supported by grants from the Knight Foundation, the National Endowment for the Arts and Funding Arts Network, “Hotel Desiderium” is set largely in a hotel with an international clientele and staff during the 2018 edition of Art Basel Miami Beach. The spark of the idea for the play, he says, came from a friend who worked at a South Beach restaurant.

“He told me about an immigrant worker who had an accident with a gas lamp that burned his face. He was terrified to go to the doctor for help,” Cruz says of the badly injured man, who didn’t have the papers to work legally. “I decided to write about that, then expanded it to writing about the people who work behind the scenes in hotels and those who benefit from their labor, the clientele.” 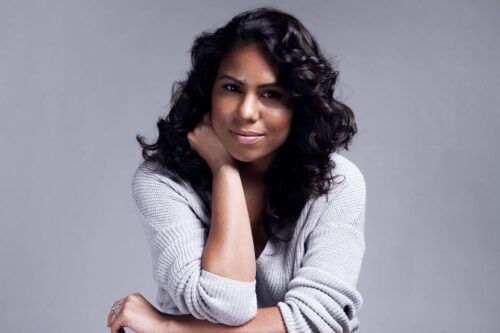 But as always with a Cruz play, and given the extra writing time he had during the pandemic, “Hotel Desiderium” evolved through a dozen drafts.

Now, the play centers on a trio of young lovers: Lucienne (Hannia Guillén), a nearly blind Spanish painter; Dante (Leo Oliva), an Italian painter also going blind; and Sunol (Gonzalo Trigueros), a Romani actor from Latin America who gets hired at the hotel and as a take-it-all-off go-go dancer at a nearby club.

Serafín Falcón plays Fedor, the Slovenian boss at the hotel; Anna Silvetti is Magda, a Spanish art dealer and Lucienne’s extremely protective mother; and Alejandra Corchado is Mikaela, Sunol’s Latin American coworker and the one who hooks him up with the dancing job. The play contains plenty of lust and longing, as well as brief nudity.

Four of the six actors have worked with Cruz in multiple productions of his plays. Only one, the Barcelona-born Silvetti, is based in Miami. The others have traveled from distant cities (Guillén from Paris) to appear in and help shape a Cruz world premiere.

“I hadn’t heard the play read until the first day of rehearsal,” Cruz says. “It’s amazing. We’re discovering so much. I don’t have full knowledge of the characters until I start working with the actors.”

As it evolved, he acknowledges, “the play got wild.” 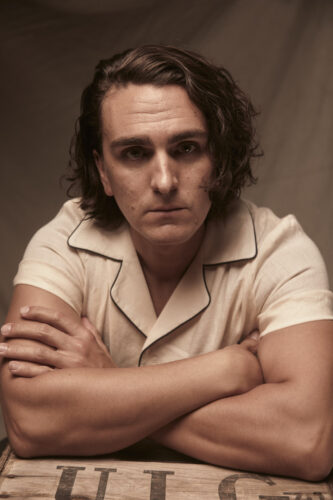 Silvetti has previously appeared in multiple Cruz readings and plays, including “Sotto Voce,” “Beauty of the Father” and “The Color of Desire.”

Silvetti also believes that Cruz’s Cuban-American multicultural background and openness to multiple points of view are abundantly reflected in his work.

“Nilo is a perfect mixture of two cultures — he has been embedded in them since he got to America so young,” she says. “He can also absorb every culture easily, respecting the point of view of what he sees. He really is amazing.”

When the play warrants it, Cruz can be a voracious researcher, as he was when he was commissioned to write “Anna in the Tropics” for Coral Gables’ New Theatre in 2002. He became an expert on the “lectores” who would read to the Cuban-American workers in Ybor City’s cigar factories in the 1920s as they hand-rolled cigars. He thoroughly understood the politics and culture of a tradition on the cusp of change. But as much as that attention to detail lends authenticity to the stories Cruz chooses to tell, it’s his characters who drive the work.

“Kisses Through the Glass” is Cruz’s pandemic play, a piece born of isolation and myriad questions about how theater and human interaction could change as the result of COVID-19. Its two characters are Anabella Landi, a New York actress of Latin American descent, and Trevor Dos Santos, a Portuguese-American truck driver from Rhode Island. Passion, fear and a desire to protect one another follow them from their meeting in the cafeteria at a highway rest stop through a life-altering journey toward — could be salvation, might be oblivion. 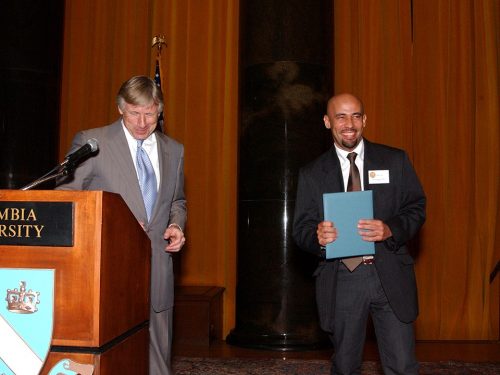 In writing it, Cruz says, “I thought about reconstructing theater. About a reader’s theater. About [Samuel] Beckett as well. About how to do it without jeopardizing [the safety of] the actors.”

Arca Images producer Kuve, who last month showcased the company’s productions of Joel Cano’s “Fallen Angels” in Paris and Abel González Melo’s “Vuelve a contármelo todo” (Tell me Everything Again) in Madrid, is also an actor who has been directed by Cruz in three productions. Although it’s less common for playwrights to direct their own work in the United States, she believes no one stages a Cruz play better than Cruz.

“I’ve traveled to see other stagings of his plays, but his understanding of the play, its magic, its poetry is like no other,” she says. “Nilo has a path to find beauty in places you would never imagine.”

She also believes that fans of Cruz’s work will be intrigued by the differences in his newest plays.

“‘Kisses Through the Glass’ has Nilo’s stamp, but it surprised me. There’s poetry in every line. It’s subtle, delicate,” she observes. “‘Hotel Desiderium’ is very daring. It’s risky. Its characters are living on the edge.”

Silvetti says she becomes a better actor with each Cruz play — and echoes Kuve’s praise of his skill as a director.

“He’s a minimalist. He doesn’t need a huge palace to tell the audience we’re in a palace,” she says. “It’s the gift of synthesis. He has a wonderful imagination brushed with poetry and amazing ideas. The way he looks at the world is really different from the way the rest of us look at it.

“Nilo is a free spirit. When he writes, he doesn’t have any boundaries. ‘Hotel Desiderium’ is new territory. It’s the least conservative play of his that I’ve read. He doesn’t make any concessions. He expresses himself and his point of view. He doesn’t care what people will think.”

“Hotel Desiderium” is playing Nov. 18-21 in the On.Stage Black Box Theatre at the Miami-Dade County Auditorium, 2901 W. Flagler St., Miami. Most performances are sold out; masks and social distancing are required. For more information, visit arcaimages.org or call 786-327-4539; miamidadecountyauditorium.org or call 305-547-5414.