New Play Puts Poetry in the Service of Tragedy 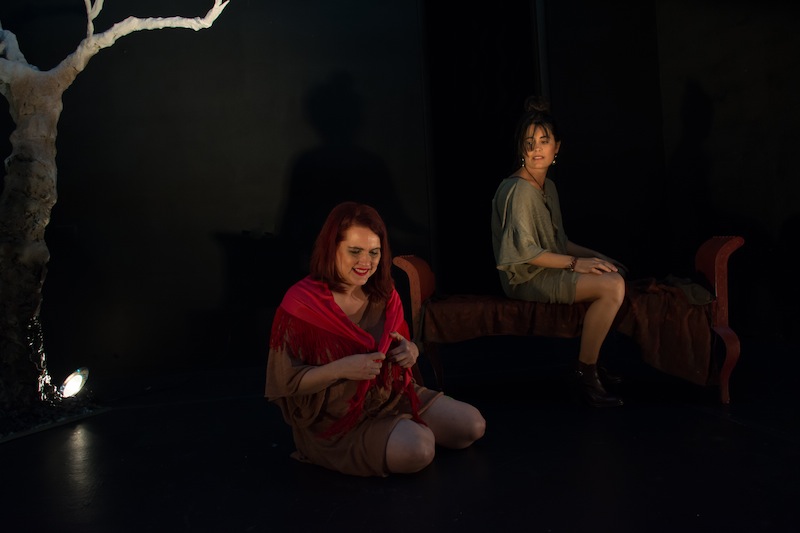 A casual conversation with a fellow theater artist prompted José Manuel Dominguez, founder and artistic director of Antiheroes Project, to produce the company’s latest piece, “El tiempo de las mandarinas,” (“Season for Tangerines”) by Argentine playwright Rafael Nofal. “I am drawn to themes of memory, dreams, and paradise lost, but for a long time I’ve wanted to do a play based on reality,” says Dominguez. After an exhaustive search, Dominguez and director Fernando Goicochea selected “El tiempo.” The play, which opens Saturday, July 15 at Artefactus Teatro, delves into the world of human trafficking.

“El tiempo,” which includes supertitles in English, begins with a girl who goes to the same park every year in hopes that her friend who went missing will show up. One day the girl meets another girl, who says she’s waiting for her boyfriend. It turns out the missing girl has been abducted by the boyfriend. In effect, a flashback and a flash forward exist on the stage simultaneously.

“Nofal told me that when he wrote the play he imagined it as a fragmented mirror,” says Dominguez in reference to the play’s non-linear form of storytelling, “In each shard of the mirror was the distorted face of a girl gone missing. This is also how their stories are told – in fragments.”

Although the play deals with the difficult material of girls who are kidnapped and forced into prostitution, it approaches the subject matter from a lyrical aesthetic. “The play is our style,” explains Dominguez. “It makes leaps back and forth in time. It plays with memory and the story telling is very poetic and fragmented.Considering the subject – human and sexual trafficking — the play has many beautiful moments. It’s about humanity and beauty as much as it’s about tragedy.”

Director Goicochea has been involved with Antiheroes Project for five years as a performer and co-director, but this is his first opportunity to direct solo. “El tiempo” is also a debut of the playwright’s work in Miami and the united States. Goicochea’s innovative directorial approach emphasizes the differences among cast members, Romina Musach, Suzette Silva, and Mariela Brito. Goicochea describes the creative process as a laboratory, “where the main asset is not the director, or the story we are telling, but the performers as artistic creators.”

For example, he asked each actor to select an animal that symbolizes the character she is portraying. “Mariela worked the hummingbird, Romina the flamingo, and Suzette the crow,” explains Goicochea. “This method helped the actresses to physically and psychologically approach to their characters.” In a play about such horrific acts, it’s important to maintain a sense of the victims as individuals as Goicochea affirms: “This play let us go very deep in search of answers about humanity’s capacity to create wonderful and terrible things, and the ways in which we are forced to confront them.”