Multi-Media Romp Through Antebellum South Results in ‘Them Beaux’ 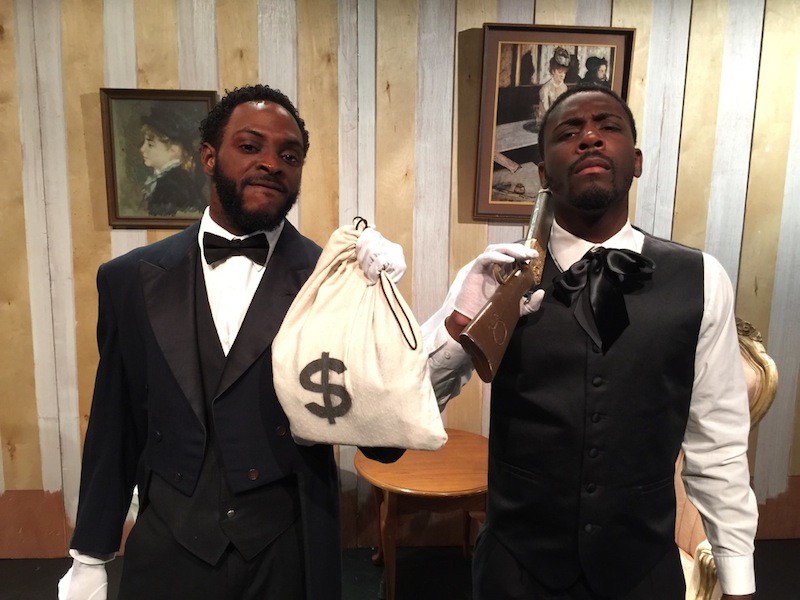 Joshua Jean-Baptiste is an artist on the rise.

With friend Edson Jean, he won the Project Greenlight digital studio competition to develop #JOSH, a web series about a Haitian-American innocent who moves in with his promiscuous cousin in Miami.

Now Jean-Baptiste, through the theater group Lab 9, is debuting Them Beaux, his fresh take on George Farquhar’s 1707 late Restoration comedy The Beaux’ Stratagem.

Actually, the world premiere piece running through May 13 in Miami Theater Center’s SandBox season, a series supported by a Knight Arts Challenge grant, is more directly based on a long-gestating adaptation of Farquhar’s play. Three-time Pulitzer Prize winner Thornton Wilder began working on that script in 1939; his estate asked playwright Ken Ludwig to finish it in 2004, and that version premiered at the Shakespeare Theatre of Washington, D.C. in 2006.

As playwright and director, Jean-Baptiste has brought a multimedia approach to Them Beaux and shifted its action to the antebellum period. Its traveling con men Tom (Stephen Kaiser) and Jackie (Marquise Rogers) pretend to be master and slave, so that Tom can “sell” Jackie, pocket the profits then liberate his friend to move on to the next con. The wild, wily vibe is a little reminiscent of the relationship between Jamie Foxx and Christoph Waltz’s characters in Quentin Tarantino’s Django Unchained.

Jean-Baptiste combines live action with video, expanding the world (and the cast size) of Them Beaux. Some of the actors appear only in the silent movie-style video sequences, while the seven who perform the play at the SandBox are seen both live and on video. Many of the live scenes are cinematically short, requiring quick rearrangement of props and furniture, and the flow between scenes and video isn’t as tight as it could be (something that, presumably, will get better in subsequent performances).

The tone of Them Beaux is rollicking, sometimes deliberately cringe-inducing (the “n” word is sprinkled throughout the piece) and thoroughly engaging.

Jackie and Tom hit upon a new con when they hear about a wedding week ritual in which suitors will compete for the hand of Kate (Casey Sacco), a southern belle who has inherited a fine house and substantial land. When her preferred intended is mysteriously murdered, the cruel overseer Percy (Andres Maldonado) moves to claim the woman and her wealth. But Jackie and Tom have other plans, and Kate finds herself clearly attracted to Jackie.

Also figuring into the plot are Gloss (Jovon Jacobs), a black part-time preacher entrusted with handling money and supervising others; Cherry (Chastity Hart), an attentive black woman who works as a maid, is good at gleaning important information and who takes a major liking to Tom; and Clive (Mike Engleman), the nasty white guy who “purchased” Jackie and insists on getting him back.

The acting in Them Beaux is uniformly good, and it’s tonally right for the play moment-to-moment (often farcical yet sometimes affectingly serious). Jean-Baptiste’s reinterpretation is provocative, particularly in the way Tom and Jackie deal with their problematic love interests. All in all, Jean-Baptiste’s latest is worth a look.