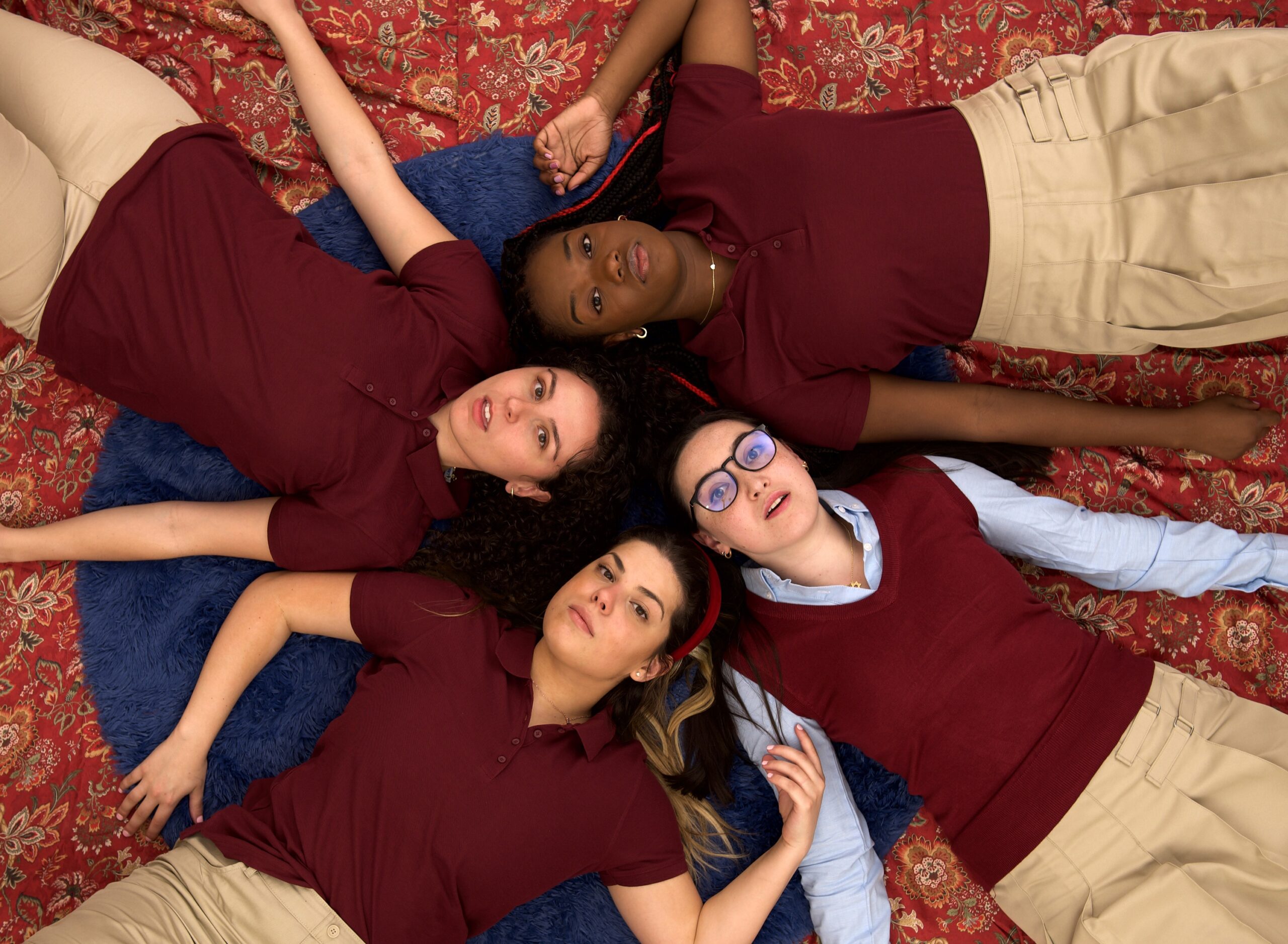 The cast of “Our Dear Dead Drug Lord” at Zoetic Stage through May 22 are, clockwise from top left, Gina Fonseca, Mikayla Queeley, Rachel Eddy and Sofia Duemichen. (Photo courtesy of Justin Namon)

The Miami native and New World School of the Arts high school grad is an award-winning playwright with commissions and premieres pending at theaters all over the country. She is a theater company founder (and producer-director), a musical theater performer, a writer on the upcoming HBO Max series “Pretty Little Liars: Original Sin” and is working on an English-language adaptation of the opera “Così fan tutti” with conductor-composer Dan Ryan, her husband of three months.

“Alexis was a whole other breed,” says Elena Maria García, the Carbonell Award-winning actor-playwright who was Scheer’s acting teacher at New World and who treated her more like an artist-colleague than a student.  “She wanted to learn. She was infinite.” 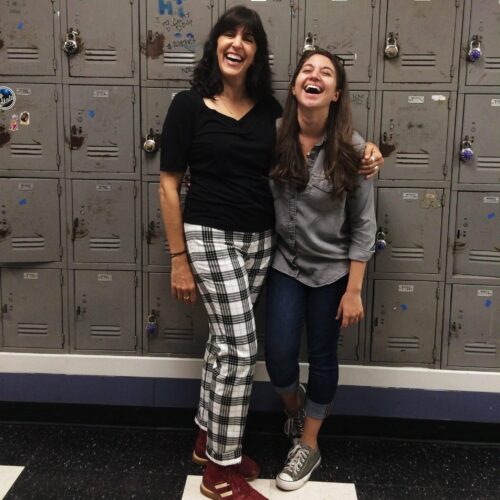 Now the Boston-based Scheer is coming home, and not just for a visit.  Her hit 2019 Off-Broadway play “Our Dear Dead Drug Lord,” which had its run extended three times before the COVID-19 pandemic hit, is closing out the Zoetic Stage season in the Carnival Studio Theater at Miami’s Arsht Center. The playwright plans to be in the opening night audience with her family.

“I remember when the Arsht Center opened,” says Scheer, who earned a bachelor of fine arts degree in musical theater from the Boston Conservatory and a master’s of fine arts in playwriting from Boston University after graduating from New World in 2010. “It will be the first time I’ve seen one of my plays without being involved in (the production).  You write a play as a living document, and you hope it will outlive you.”

Scheer began crafting “Our Dear Dead Drug Lord” after former President Donald Trump’s inauguration left her feeling disenfranchised.  She was then in her master’s program studying playwriting with Melinda Lopez, whose “Sonia Flew” was the last show produced by Miami’s Coconut Grove Playhouse before its abrupt shutdown in 2006.

The drug lord of the title is the notorious Pablo Escobar, the late Colombian founder-kingpin of the Medellín Cartel. Daughter of a Colombian immigrant mother and an American Jewish father, Scheer says, “Pablo Escobar was the looming figure in my family’s mythology.”

Escobar, she adds, “is my content warning” to those who see the play. 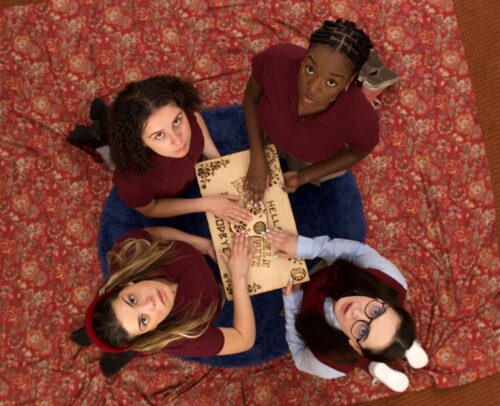 Members of a suspended school group called the Dead Leaders Club (choosing Adolf Hitler as a subject went many steps too far), the girls use the names given them by a Ouija board when they meet in a weathered tree house. There they talk about anything and everything: life, politics, their parents, secrets, personal crises, unwanted pregnancy, school, their sexuality, embracing their power and abortion, that hottest of hot-button issues.

Scheer says the treehouse setting likely came in part from Mary Pope Osborne’s “Magic Treehouse” books that she read as a kid, and that she thought about what might be exciting for a set designer to create.  She also wanted the space, a place “suspended above the world,” to be different.

“I think of treehouses as a very male space – you know, ‘no girls allowed,’” she says.  “So, I wanted to subvert that.”

Co-directed by artistic director Stuart Meltzer and García, both former New World teachers, the Zoetic production came about after Meltzer heard the buzz about the play and asked for the script.

“The humor in it initially struck me. I loved it. It has such wonderful (craftsmanship) in the way the jokes and circumstances are engineered,” says Meltzer, who also responded to the clear musicality of its language and overlapping dialogue.  “But then when I read it, it was a complete shock to me at the end.”

“Our Dear Dead Drug Lord” is, he says, a scary coming-of-age play about the moment in time between childhood and adulthood. Ritual and magic are vital to it, as is the shocking conclusion, but Meltzer feels prepared to deal with any blowback.

“At the funeral for (longtime GableStage producing artistic director) Joe Adler, I learned that you can’t win a war if you’re going to limit artistic freedom or freedom of speech,” he says.

The play’s ending, which requires the girls to work some serious magic, is dark and violent.  That Scheer would take her story there isn’t so surprising if you know that she’s an admirer of the late British playwright Sarah Kane and that she so loved the 2010 GableStage production of Kane’s shocking “Blasted” that she saw it twice.

“I’d never seen anything like that. It rewired my brain,” she says.  “The theater is a place where we can touch on the dark underbelly of humanity.  It’s a safe space to do that. It provides catharsis.”

The young actors in Zoetic’s cast appreciate that García and intimacy director-combat coordinator Jeni Hacker have been working with them on the harrowing final scene, taking them “step by step and moment by moment,” as García describes it.

“Having women guide us has been incredibly helpful,” says Eddy, who graduated from the University of Miami. “There has been lots of checking in with us. It’s being handled with the gravity of what the situation is.”

Says Duemichen, who counted Meltzer and García among her New World high school teachers, “This play is by a woman for women.  It shows the depths of female friendships…I know (girls like the characters) Squeeze. I went to school with Pipe. We all know Zoom . . . Setting the play in 2008 gets you thinking about culture and politics then, about the unrest over the election of the first Black president.  It feels a bit like a boiling point.”

Now based in New York, Miami native Fonseca was part of the magnet program at South Miami Middle School, as was Scheer, though the women attended at different times.

“I love Alexis’s writing,” the actor says.  “It’s dark, genuine, heartwarming and dynamic.  It’s a gift to play such complex female characters, and each is unique.”

Queeley, who earned her bachelor of fine arts degree from New World, appreciates the way Scheer so thoroughly evokes place and time in the play.

“Definitely, this is 2008 Miami – the language, the wittiness, the jokes, the banter,” she says. “There are not a lot of places that talk the way we do in Miami.  Everything we say has meaning to it . . . She really brings the outside world into this treehouse.” 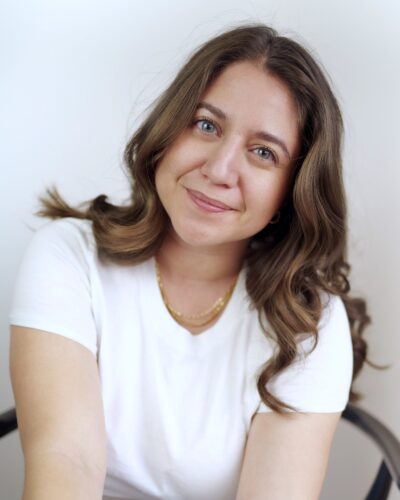 Playwright and Miami native Alexis Scheer,
the author of “Our Dear Dead Drug Lord,” produced by Zoetic Stage in the Carnival Studio Theater at the Arsht Center through May 22. (Photo courtesy of Gabrielle Carrubba)

As a kid, Scheer spent time working in her parents’ Wynwood button factory and singing with the Musical Miracles at Actors’ Playhouse.  At New World, she bought into the ethos of artists creating their own work, then kept right on going.

After her check-in with the city that first forged her as an artist – “a place unlike anywhere else in this country,” she says – Scheer will return to juggling myriad projects.

Her play “Laughing in Spanish,” set in a Wynwood gallery, will get its world premiere at the Denver Center Jan. 27 through March 12, 2023.   She’s working on commissions from Miami New Drama, Second Stage and other companies.  She and composer-lyricist Zoey Sarnak will premiere their commission musical “Shook,” about high school theater kids at a Shakespeare Festival, Sept. 23 through Oct. 23 at Northern Stage in White River Junction, Vermont.  She’s also developing another project with HBO Max and Salma Hayek’s production company Ventanarosa.

She then observes, “This is a Latinx play, but not in the way you’d assume or expect.  Latinx theater is not a monolith.  I’m happy to carry Miami’s banner all over the world.”

WHAT: “Our Dear Dead Drug Lord” by Alexis Scheer