Miami New Drama’s ‘The Cubans’ is all about family 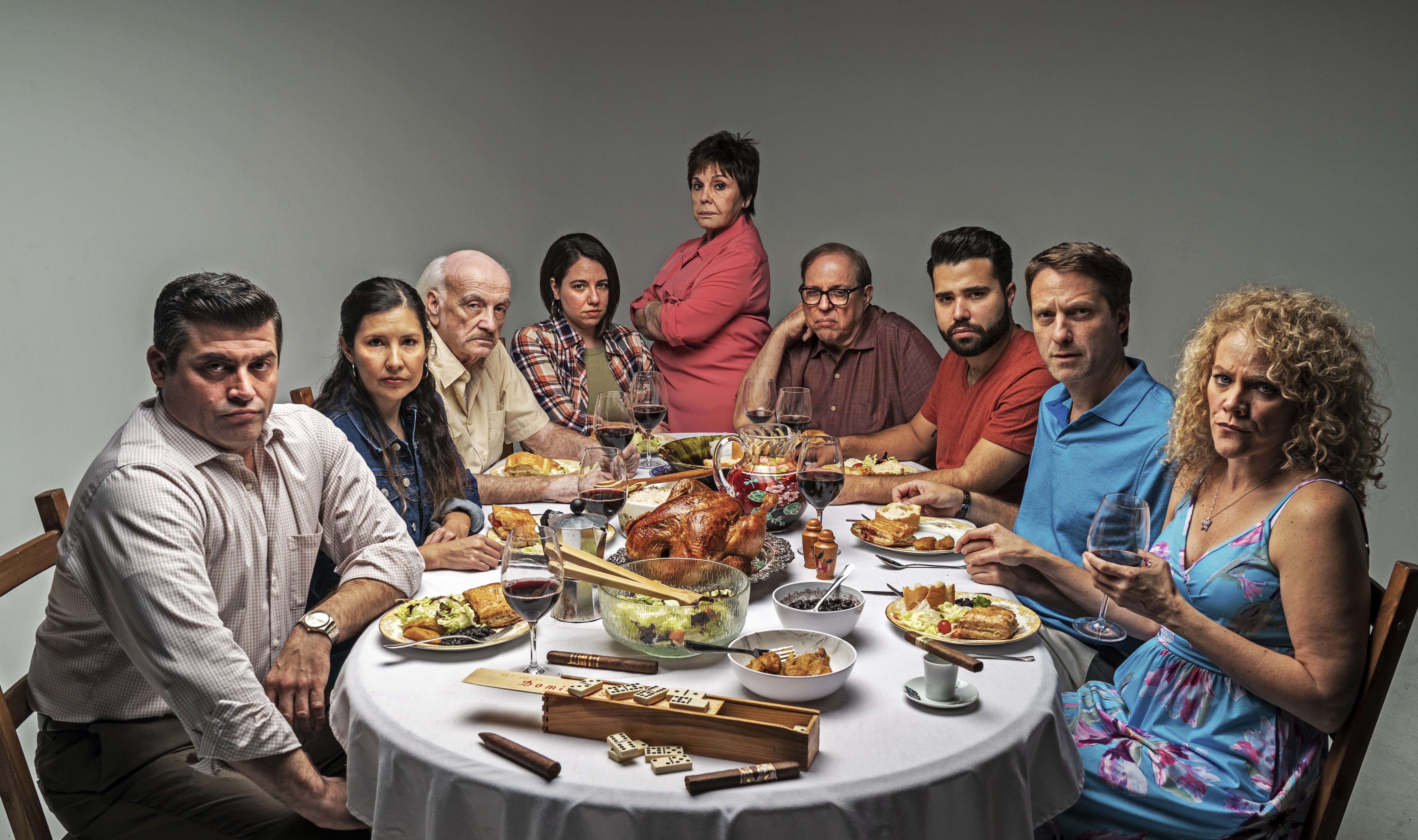 Leon also has been an admirer of complex family plays, but he’s felt that diverse voices are too often missing.

“I got tired of going to the theater and not seeing myself and my family represented. We deserve more. I felt compelled to start creating something, not for me but for my community,” he says.

This week, after four years of writing and readings and rewrites, Leon’s creative response to what he felt was missing will get its world premiere when Miami New Drama opens “The Cubans” at the Colony Theatre on Miami Beach’s Lincoln Road.

“Erik insisted I should consider it further and organized a reading,” Hausmann says. “I love that Michael is exploring his generation, his community. It’s his Miami play. There is a lot to explore in the Cuban-American experience … lo bonito, lo feo (the pretty, the ugly) … and he’s writing with a critical eye. I’m producing ‘The Cubans’ because I also want to produce Michael’s second play, his third play.”

Hausmann thinks director Victoria Collado – fresh from her staging of Miami’s much-extended immersive theater hit, “The Amparo Experience” – has been a great creative partner for Leon, given her success at juggling multiple simultaneous storylines.

Leon began writing “The Cubans” in 2016. Then 30, he had gone through an identity crisis after leaving South Florida and moving to Chicago, then New York.

“I grew up in a place with a Cuban-American majority, then went to Chicago and suddenly felt like a minority,” he says. “When I went out for roles, they’d look at me to play gangsters. Yet in New York, there’s an incredible group of Latinx writers. We should be further along by now.”

Over cafecito Cubano and tostones, Leon, Collado and others read through “The Cubans” on the day after Thanksgiving 2016 in Collado’s New York apartment. At that gathering, Leon asked Collado, also an FIU grad, to direct his debut play.

Four years into the script’s evolution, Collado says, “The audience should expect to see a very heightened version of themselves. It’s not a form of criticism or stereotyping. It’s an opportunity for the Cuban people of Miami to see themselves onstage – with a little extra.”

“The Cubans” centers on a pair of family gatherings in the middle-class Westchester home of Martica (Vivian Ruiz) and husband Jesus (James Puig). Their struggling actor-daughter Christy (Ashley Alvarez) has come from New York for a summer get-together celebrating her younger brother Mati’s graduation from the University of Florida.

In the second act, family and friends have come together again for Nochebuena, and much has changed. Mati isn’t seen, yet he’s omnipresent. Ana’s on her own, but Ramoncito has brought Anthony (also played by Scott), a “friend” from work. Manolito is obviously worse, and the old Westchester house is continuing to fall apart.

Most significantly, the realistic tone of the first act shifts into intricately staged absurdist theater. Carbonell Award-winning designers Christopher and Justin Swader enhance that tonal shift with their dining room set, which is placed between an onstage audience seating area and the Colony’s standard seats.

The themes and issues within “The Cubans” include parental expectations and disappointment, criticism and acceptance, the power of familial love and loss. And Cuba, always Cuba, with its pull and its multiple meanings to different generations. 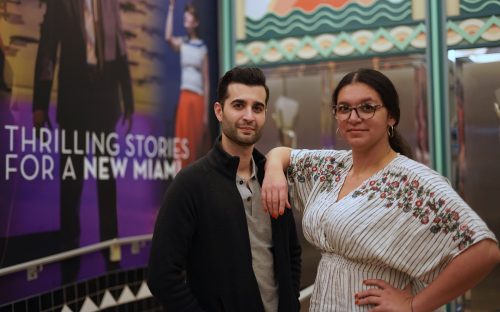 Collado, who worked with Granado, Rabasa and Ruiz on “The Amparo Experience,” says the cast for Leon’s play features “titans of acting.”

Rabasa, now 81, came to the United States in 1955, “before Fidel.” He has made dozens of movies, many with low budgets and no big star names. He is known as a great comic actor but turns tearful as he talks about playing a man exiled from Cuba, a man battling Alzheimer’s disease.

“Manolito had to leave the country against his will. He knew no English. He had no family. Nobody,” says Rabasa, who then thinks about what might have been with his own career. “There are so many things I wanted to do. Maybe I couldn’t make it because of my English.”

In the play, the mother-and-daughter characters played by Alvarez and Ruiz are at odds over Christy’s slow-to-start career. In life, the two actors have had different experiences in terms of family support for pursuing their acting dreams.

“Like Christy, I’m a first-generation American. My mom is a dancer, but my whole life she said I should be a doctor or a lawyer, because she wanted me to have the American dream,” says Alvarez, who is married to Leon and is a fellow FIU grad.

“I relate to Martica, who is very much like my mom and the women in my family,” Ruiz says. “But I started as an actress and dancer, and my mom would go to all my shows. She was in Cuba in the late 1930s and wanted to be an actress.  She lived her dream through mine.”

Puig, who like Ruiz was in the Miami New Drama world premiere of Carmen Pelaez’s play “Fake,” has an impressive body of work, from Broadway to Off-Broadway to regional theater and 14 productions at Miami’s historic Coconut Grove Playhouse. He recalls being deeply moved when he read “The Cubans.”

“Michael’s writing got to me so much that I couldn’t stop crying when I read the second act,” he says. “I’ve been in over 200 plays, but I’ve only played a few Hispanic characters.  Doing this [at Miami New Drama] is a dream.”

Collado, who has spent the better part of two years working on “The Amparo Experience” (about the exile of the family that created Havana Club Rum) and “The Cubans,” has at times become emotional about being immersed in such deeply Cuban stories. But telling them is vital, she says.

“It has become clear to me what we as a community are avoiding. We’ve had to experience fear, paranoia, generational trauma. This house [in ‘The Cubans’] is the bubble that we built for ourselves,” she observes. “I’m getting more appreciation for those who came before us. That generation made a ton of sacrifices so that we can do this. If my dad hadn’t written a letter explaining what he went through on the Mariel boatlift, my view [of Cuban Miami] might be ‘Scarface.’”

“The Cubans,” she adds, demonstrates that “Amparo” isn’t a “once-in-a-lifetime thing. These people are working on what they want to be working on.”

What: Miami New Drama production of “The Cubans” by Michael Leon