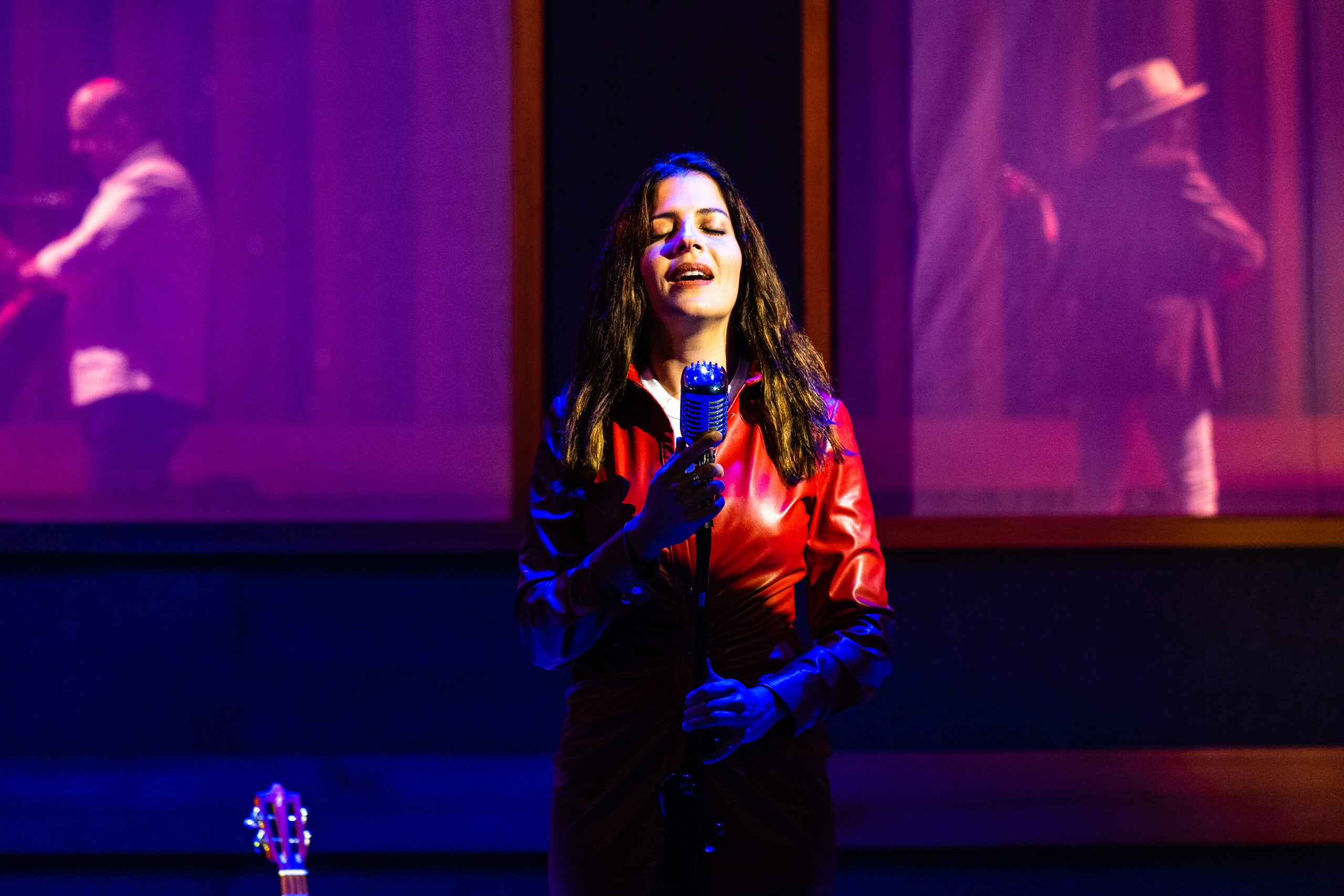 The cuatro, a small, four-string guitar, deceptively simple to play, seems too little, too innocent-looking to hold the heart of a country — and yet.

As the quintessential Venezualan instrument, the cuatro is a connection to home for the South American musicians, “without fail,” says Venezuelan-Canadian director Juan Souki. “But sometimes it is for non-musicians as well. A cuatro hanging on a wall in a Venezuelan household is an invitation to get together. The cuatro is there, and if the moment calls for it, it is lowered, someone plays it, and it unites the group,” says Souki. For those who chose to emigrate, “it’s a reminder of rootedness,” he says.

“Papá Cuatro,” Miami New Drama’s original world premiere, opens with previews on Thursday, July 7 and Friday, July 8, with opening night on Saturday, July 9 at the Colony Theatre in Miami Beach. Souki describes it as “something between a musical, a documentary, and a house party.”

The director also created “Viva La Parranda,” an immersive experience of Venezuelan music, food, and small-town culture presented by Miami New Drama in 2019. “Papá Cuatro” is a tribute to a group of virtuoso musicians, he explains. 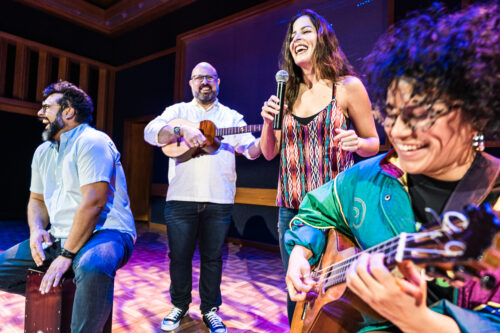 “All very successful in their chosen discipline or instrument, who in recent years have left Venezuela and are in the process of rewriting their histories, reconstructing their lives,” says Souki.

For the play-as-musical documentary, Souki interviewed the musicians, who all emigrated to South Florida in the same period in the past five or six years.

“In this group, you have people that were in billboards all over Venezuela, playing big auditoriums, and today their musical career continues, but it is shared with being an Uber driver or working in construction,” notes Souki. “You also have some 30-somethings who recorded an album before leaving Venezuela thinking of bringing a cover letter, and six months after they left, they were winning a Grammy. Their stories coexist in the play, and little by little, as if by chance, their songs also tell pieces of our history.”

The pieces create the fabric of “Papá Cuatro” which is told in songs, including original compositions and traditional works in which they share their story and relationship with the instrument.

Semprún, the main vocalist in “Papá Cuatro,” is a remarkably versatile performer. Her credits include work in theater, film, and television. She has interpreted a wildly varied repertoire as a singer, from music by Mozart, Handel, and Verdi to starring in shows about Edith Piaf and La Lupe. Semprún’s recording of “Soy Puro Teatro (Homenaje a la Lupe)” was nominated for a 2020 Latin Grammy award.

The cuatro, the performer notes, has been part of her life since she was a child. “I was in music school since I was very, very young, and the cuatro was a compulsory subject,” she recalls. “Without even thinking about it, it just became part of my life,” she says.

Semprún talks about “Venezuelizing” her interpretations of Piaf and La Lupe, notably adding a cuatro to a medley of songs by the Cuban singer. “It was not in the original recording, but . . . if the cuatro is not there, it doesn’t feel fully Venezuelan.”

In her personal life, the performer wasn’t planning to emigrate to the United States. 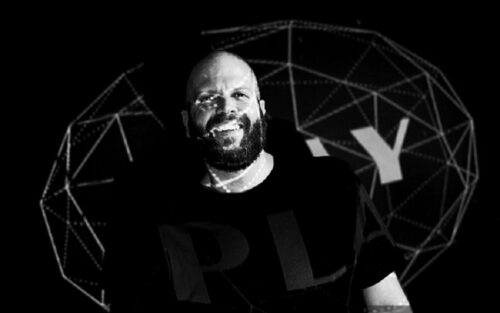 “Like with everyone else in the play, there is part of my personal story in this work,” says Semprún, who looks at “Papá Cuatro” as “a musical documentary, an experience.”

“Perhaps my story is a little more political because of how my departure was. My husband and I came to Miami for a week — and we’ve been out of the country for five years. We found out that the political police were waiting for our return, and we didn’t know what could happen if we went back. 2017 was a very murky time, so we decided to stay — and it has been a very violent and unexpected adaptation process.”

The interviews that Souki conducted to construct his play, which are at the heart of “Papa Cuatro,” explore who the artists are, he says.

“Who they were before they came, why did they come, and where they feel they are now in their process (of reinvention)? They are all living very different experiences, and their stories reveal the emigrant experience.”

(Performances are in Spanish with English supertitles.)