‘Miami Motel Stories’ Reflects our Tumultuous Present in a Troubled Past 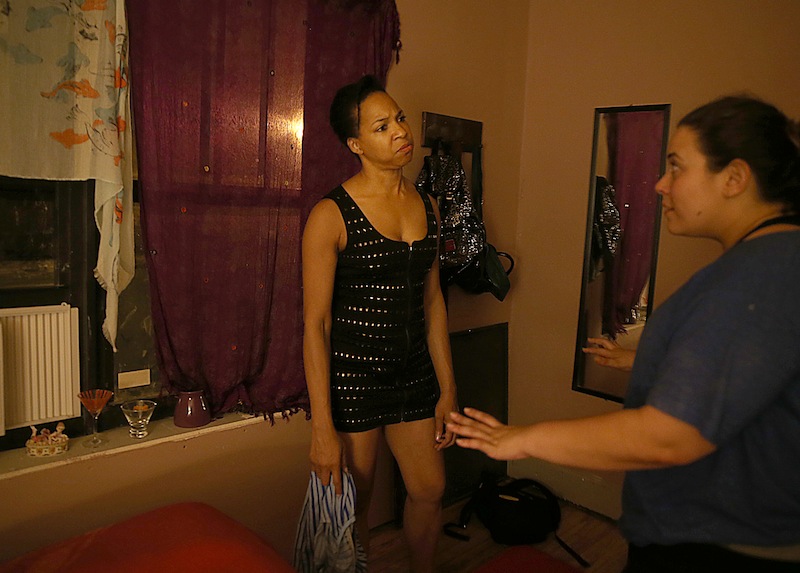 “Miami Motel Stories: Little Havana” written by Juan C. Sanchez, directed by Tamilla Woodard, and produced by Juggerknot Theatre Company, is a site-specific, immersive theater experience that interweaves narrative, performance, history and architecture. Nine short plays take place in nine hotel rooms on the second floor of the Tower Hotel, right off Calle Ocho on Seventh Street. Sanchez, a Miami native, researched the building and its inhabitants, and the magnetic characters and heartbreaking storylines he has created span the building’s almost 100-year history.

In 2018, the Tower Hotel will be renovated and repackaged as Little Havana’s first boutique hotel, but for now the unfinished walls and rough-hewn structure serve as the site of one of the Magic City’s most singularly rich and innovative theatrical experiences.

The second-floor performances are divided into three tracks. Blue, pink, and yellow motel keys are given to “guests,” the ticketholders, who then find the colored track markers in front of a closed-door room. Each track consists of three short plays that run about 15 minutes each.

Woodard and Sanchez, and movement director Octavio Campos, have ingeniously sculpted the intimate theater experience to be led by Gilbert, the second-floor guide. Superbly portrayed by Luckner Bruno, Gilbert exudes the charisma of an old-school master of ceremonies with the lyrical edges of a haunting Greek chorus. Theatergoers enter each room in pairs. Before each performance, Gilbert instructs guests to stand on the doormat facing each other, and place a hand on the doorknob. When Gilbert gives the word, each pair of guests enters a motel room. Kudos to set, costume and prop designer Marina Pareja, who imbues each room with the exactitude of a particular era.

On Friday night, we saw the yellow key performances. In “Iosef” (1931), an Orthodox Jew obsessively writes and revises letters to his beloved in New York, trying to reconcile their dream for a better life in Miami with the harsh reality of the city’s institutionalized anti-Semitism. Adam Crain expressively mimes Iosef’s frustration as we listen to the recorded voice of his letters.

In “Barmaid and the Convict” (1995), Vivian and Crystal (Vanessa Elise and Carey Brianna Hart) scratch and crawl their way around the rabbit hole of addiction before falling in. On an emotional seesaw of manipulation, Crystal crumples from a tough-as-nails barmaid to a defeated mother overtaken by the vertiginous force of Vivian’s character.

Johnnie (Jim Gibbons), in “Taxi Driver” (2011), imagines his life as the blank white screen of his imagination, but hopes for the remote possibility of companionship.

When the second-floor plays have concluded, participants are allowed to wander the first floor. Populated by actors who portray characters from the neighborhood and exquisitely coordinated by Campos, the first floor has the pulsating vibrancy of a carnival with room for improvisation.

On Sunday afternoon, we were given the blue keys, which featured three riveting storylines — one, a heated exchange that takes place during the segregated 1930s between a Jewish jazz club owner and a black trumpet player; a 1980s cocaine-infused showdown between three immigrant drug dealers with Rod Stewart as the soundtrack; and a compulsive gambler and hoarder who faces the reality of losing her motel room and her only friend, a cat.

Sanchez’s stellar writing and Woodard’s gutsy direction could not be more spot on or timely. Hurricane Irma underscored Miami’s tale of two cities that has long existed between the haves and have nots. As one witnesses the inhabitants of the hotel up close, the “olden days” of bigotry, poverty, and marginalization don’t seem so far away. “Miami Motel Stories: Little Havana” doesn’t ask us to suspend disbelief; it begs us to believe in our humanity – and that of the stranger in the room next door.

Must be fifteen years or older to attend.